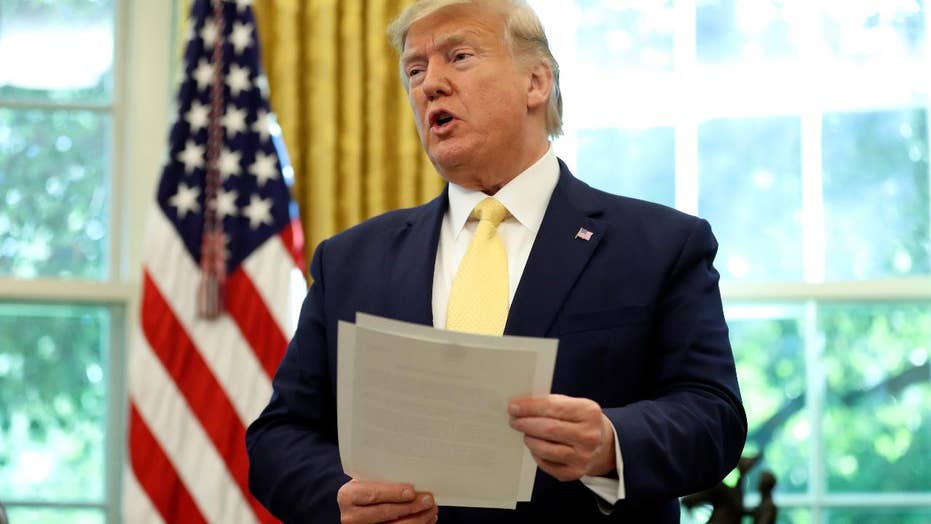 Was there really a 'quid pro quo' during infamous Ukraine call?

Fox News senior judicial analyst Judge Andrew Napolitano discusses how Vice President Mike Pence and Secretary of State Mike Pompeo were aware of the 'holdup in aid and the refusal to grant an in-person meeting' until an investigation on the Bidens was made.

The screenwriter behind the Martin Scorsese classic "Taxi Driver" blasted Trump supporters Tuesday, comparing them to the "the crowds that lined the streets" in Nazi-controlled Germany in the 1930s.

Paul Schrader, the Oscar-nominated scribe behind films including "Raging Bull," "American Gigolo" and "First Reformed," slammed those who supported President Trump in reaction to polls showing that the ongoing impeachment inquiry has done little to sway public opinion.

"There are those who say Trump's supporters don't understand what is really going on. I'm afraid I disagree," Schrader began his Facebook post. "I think they know exactly what's happening and approve of it."

Schrader then linked Trump supporters to Nazis leading up to World War II.

"They want a strong man rule. They don't want the chaos of democracy. They revere democracy in principle but hate it in practice," he continued. "They are nativists. They are the crowds that lined the streets in Nuremberg in 1933. The question is: are there more of them or more of us?"

Wednesday marked the fourth day of public hearings in the impeachment inquiry.

Most notably, U.S. Ambassador to the European Union Gordon Sondland made big headlines after he declared a "potential quid pro quo" directed by President Trump -- but he later clarified that he presumed the withholding of military aid to Ukraine was linked to requested investigations into Burisma and the 2016 election without evidence.