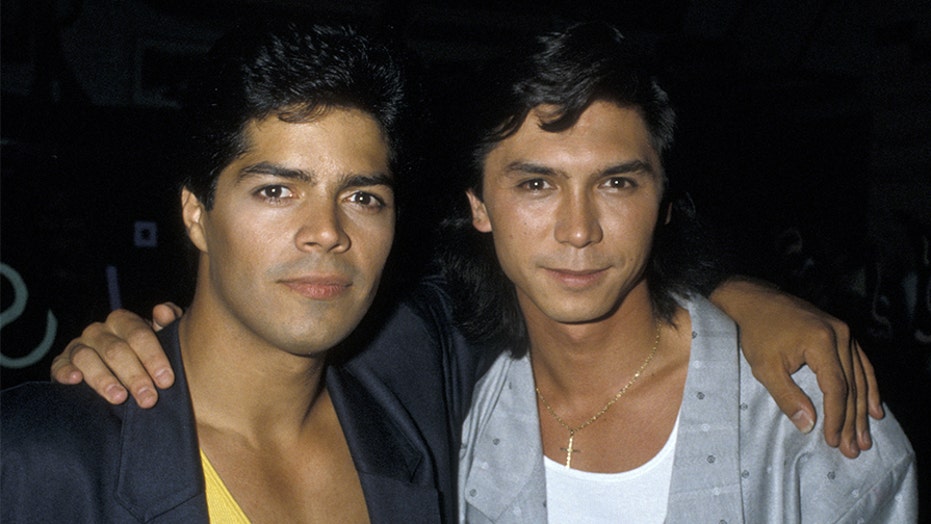 The biopic, released in 1987, tells the story of singer Ritchie Valens who died in a small plane crash near Clear Lake, Iowa, on Feb. 3, 1959, alongside Buddy Holly and J.P. “The Big Bopper” Richardson. Through Don McLean’s 1971 hit song “American Pie,” that tragic date would become known as “The Day the Music Died.”

Valens, who was 17 at the time, was a rock ‘n’ roll pioneer who captivated teens with songs like "Donna" and "La Bamba." Phillips played the late star, a role many fans still recognize him for.

Phillips, now 57, told Fox News it was crucial to get the final moments of Valens’ life “right” for the big screen.

“The scene of Ritchie getting on the plane was probably the one event that really brought it all home,” he explained. “His sister Connie [Lemos], who I’m still in contact with, came to the set that day. Our producer warned her not to do that because it would probably be too emotional for her. And it was. But she wanted to be there.

“She came up to me on set and said, ‘Can I say something to you, Lou?’” Phillips recalled. “It was interesting because we had been shooting for weeks and [his family] never called me Lou. They always called me Ritchie. I thought, ‘Oh my, there must be something wrong because she’s calling me Lou, not Ritchie.’ I thought maybe I had done something to offend her. But I said, ‘Of course, Connie.’”

At the time, Phillips was still getting touched up in the makeup chair before filming the emotional scene. And once he got up, Lemos completely broke down.

“Connie just fell apart,” he said. “She started weeping and then collapsed into me. She kept saying over and over again, ‘Why did you go? Why did you have to go?’ It was this moment, this catharsis for her that was, I don’t know, 30 years in the making. She was 12 years old, so therefore she was fully capable of understanding what had happened to her brother and felt the full impact of his loss. She carried that lack of closure for 30 years.”

“At that moment, I realized this isn’t just another role,” he continued. “This is something that meant something and continues to mean something for his family. And maybe that’s why people still love the film and are still affected by it. Because it really, really goes straight to the heart.”

The Winter Dance Party tour, which kicked off on Jan. 24, 1959, had opened the previous night at George Devine’s Ballroom in Milwaukee. Despite a successful encore performance in Kenosha, the grueling, nonstop tour was plagued with freezing temperatures and broken-down buses.

The final straw was when a bus stalled in Duluth, Minn. Holly’s drummer, Carl Bunch, was hospitalized due to frostbite on his feet.

An exhausted and frustrated Holly refused to step foot on another bus. The bands rocked the Surf Ballroom in Clear Lake, Iowa, before Holly, then 22, booked the next flight he could find to the tour’s next stop in Moorhead, Minn.

In this Friday, Jan. 9, 2009 file photo, flowers adorn a memorial at the spot where the plane carrying Buddy Holly, Ritchie Valens and J.P. "The Big Bopper" Richardson crashed, killing all aboard on Feb. 3, 1959, near Clear Lake, Iowa. The three young singers were in a single-engine aircraft flying in a light snowstorm in 1959 when the pilot apparently lost control. Holly decided to fly because his tour bus was having heating problems. (AP Photo/Charlie Neibergall, File)

Tommy Allsup, a member of Holly’s band, flipped a coin to see whether he or Valens would get a seat on the plane. He lost and took a bus to the next stop on the tour.

The chartered plane, which carried Holly, Valens, Richardson, 28, as well as pilot Roger Peterson, crashed shortly after takeoff, killing all four people aboard.

Phillips said he’s grateful longtime fans still praise the film, as well as Valens’ legacy, and that new, curious visitors are discovering it all for the first time decades later.

“I will never resent the amount of love that ‘La Bamba’ gets,” he said. “It put me on the map. It was my Cinderella story. Even though it’s an ‘80s film set in the ‘50s, it still feels timeless. People are rediscovering it all the time. It’s a true story. Therefore, it touches people’s hearts in a way that a lot of fictionalized stories don’t. It hasn’t gone away — not that I would ever want it to go away. People who saw the film at ages 18, 19 are now showing it to their kids. It’s replayed on television all the time. It’s a film that will never go away. People are continuing to love it. And I’m grateful it gave me this opportunity to meet Valens’ family.”

Back in 2017, Lemos told LA Weekly Valens’ family has become devoted to keeping his legacy alive.

“He was a big brother,” she said. “He teased you, he chased you and he watched over you. But since my mom worked, he was also a father figure; he fed us, he entertained us, watched over us.”

And as a budding star, Valens not only remained loyal to his family, but he was eager to give them a better life as his success grew. According to the outlet, Valens wrote 22 of the 33 songs he recorded in his brief lifetime.

“When he bought us the house, we all drove up, parked outside, and I couldn’t believe it,” she recalled at the time. “It was monumental, for people in our position. I said, ‘We are going to live here? It’s like a castle!’ That was the happiest day in my mom’s life, but it also was the saddest, because she really couldn’t live there after he died. She’d rather have him alive, with us.”