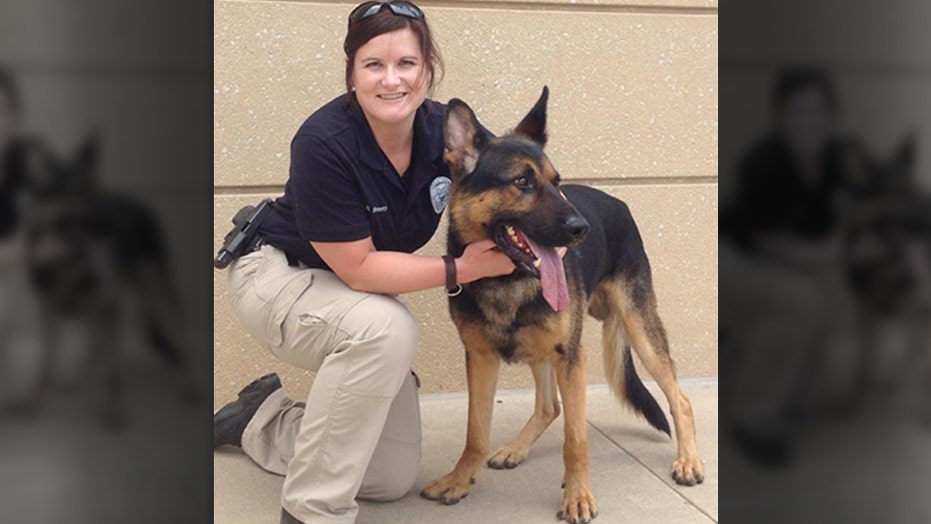 A Kansas county says it will pay $37,500 to a Wichita cop bitten in the groin by a sheriff’s office K-9 whose handler once sued after being bitten by a Wichita police dog, according to a report.

The dog’s handler, Deputy Sarah Sinnett, had successfully sued the city of Wichita for $67,000 after a Wichita police dog bit her in 2014, according to the paper.

Toman was bitten as he was responding to a burglary call at an abandoned house, the paper reported.

Kate Flavin, a Sedgwick County public information officer, told the paper that Toman was bitten when he crossed in front of Sinnett’s K-9.

"Deputies immediately called off the K-9,” Flavin said, “which responded to commands, but the whole sequence took place in a matter of seconds.”

Sinnett had sued in connection with an incident in which officers tried to remove a man sitting in a vehicle with a machete.

According to court records, a Wichita officer left his door open, allowing his Belgian Malinois to “self-deploy” after seeing his handler in a struggle with the suspect, the paper reported. Sinnett was bitten on the left thigh.

Her lawsuit accused the Wichita Police Department of failing to adequately train K-9 officers and ensure the dog was properly certified.