Good morning and welcome to Fox News First. Here's what you need to know as you start your Friday...

McConnell: Background checks and ‘red flag’ laws may be on Senate’s agenda in the fall
After several calls to bring the Senate back from recess to consider gun violence legislation following last weekend's mass shootings in El Paso, Texas, and Dayton, Ohio, Senate Majority Leader Mitch McConnell says he and President Trump are considering several options, including background checks, and are "anxious for an outcome" when lawmakers return to Capitol Hill in the fall. McConnell won't cut short the Senate vacation, as some lawmakers and 2020 presidential candidates have asked. 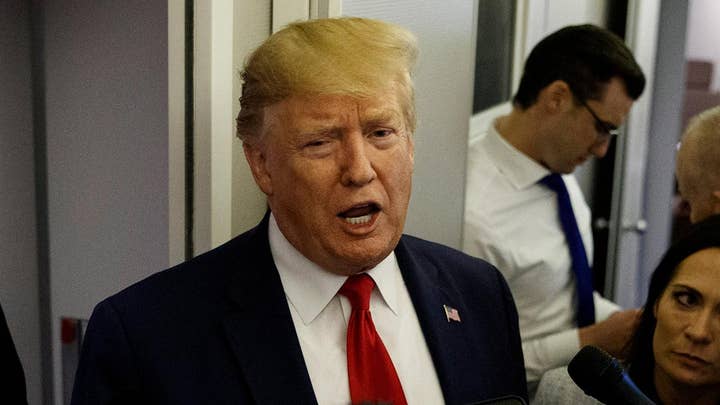 But he told a Kentucky radio station Thursday that Trump called him and they discussed several ideas, including background checks and "red flag" laws that allow authorities to seize firearms from someone deemed a threat to themselves or others. The president, he said, is "anxious to get an outcome and so am I." Rush Limbaugh, meanwhile, has urged Trump not to trust Democrats to come to any compromise. 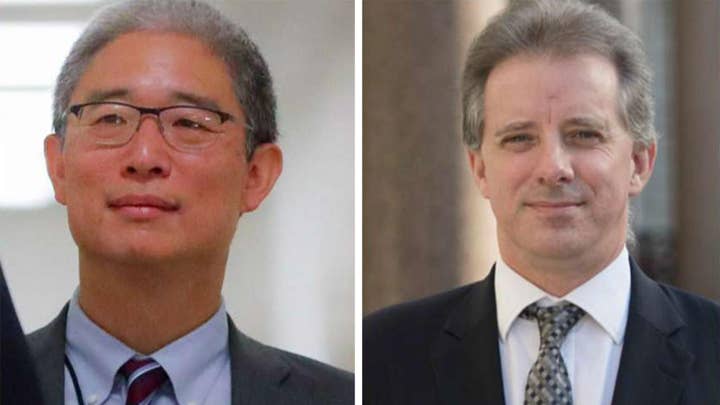 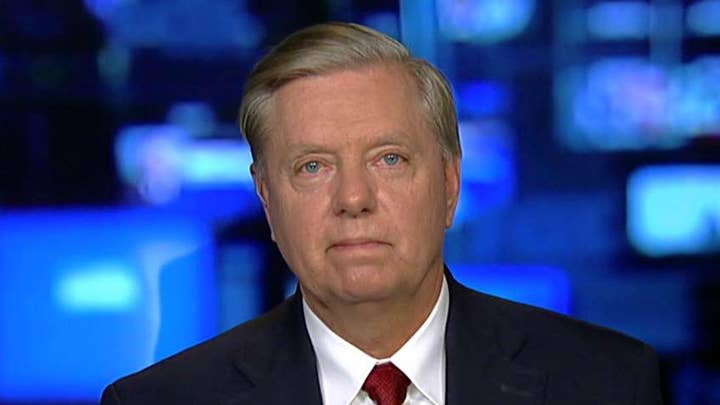 The records further confirm that Ohr knew of Steele's anti-Trump bias before the 2016 election. "This is just the tip of the iceberg," Senate Judiciary Committee Chairman Lindsey Graham, R-S.C., told Fox News' "Hannity" on Thursday.

Latest Biden gaffe: Dem frontrunner says 'poor kids' just as bright as ‘white kids’
Former Vice President Joe Biden, the 2020 Democratic primary frontrunner, made another gaffe Thursday when he told a crowd in Iowa that “poor kids are just as bright and talented as white kids.” Biden, who famously directed supporters to a wrong number during last month’s debate -- and misidentified the sites of recent mass shootings -- quickly corrected himself after some applause from the crowd at the Asian & Latino Coalition PAC, and finished, “wealthy kids, black kids, Asian kids.”

It's been a shaky week for Biden. He seemed to mix up his words while on the stump at the Iowa State Fair on Thursday. A few days ago, he mistakenly referred to the shootings in El Paso, Texas and Dayton, Ohio as “the tragic events in Houston today and also in Michigan the day before." He later corrected himself, according to a pool report. 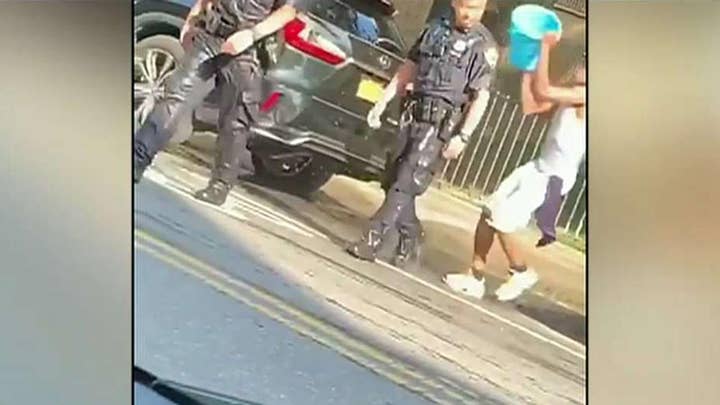 Dems oppose NY bill making water attacks on police a felony
A Republican bill that would increase penalties for throwing water on cops is facing some initial Democratic opposition months before it could even be taken up. GOP lawmakers in New York are introducing a bill that would make throwing or spraying water "or any other substance" on a police officer a class E felony and punishable by up to four years in jail. Republicans in the state’s assembly were angered by viral videos of cops being drenched by groups of local residents -- with NYPD officers apparently feeling unable to respond and walking away. Police have since made a number of arrests related to the cases, but the incidents have sparked national attention, with President Trump calling them "a total disgrace" last month. 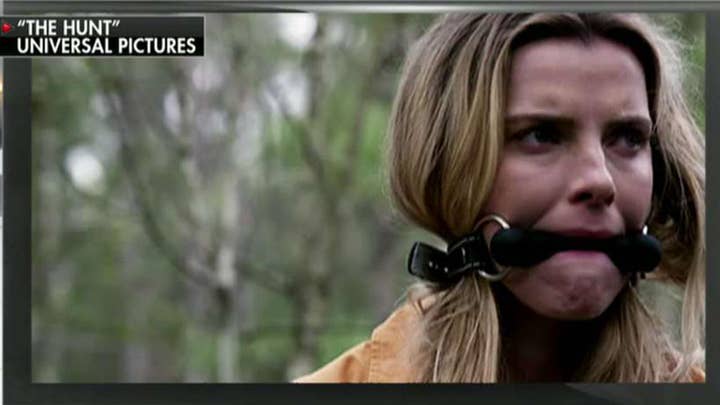 'The Hunt' is still on, despite controversy
NBC Universal still plans to release the controversial movie “The Hunt” as scheduled on Sept. 27, despite significant backlash over the film, which depicts privileged vacationers hunting “deplorables” for sport. “There are no plans to not release the movie. No plans to move the release,” a studio source told Fox News. Characters in the R-rated film refer to the victims as “deplorables,” which is what Hillary Clinton infamously dubbed some Trump supporters during the 2016 election. 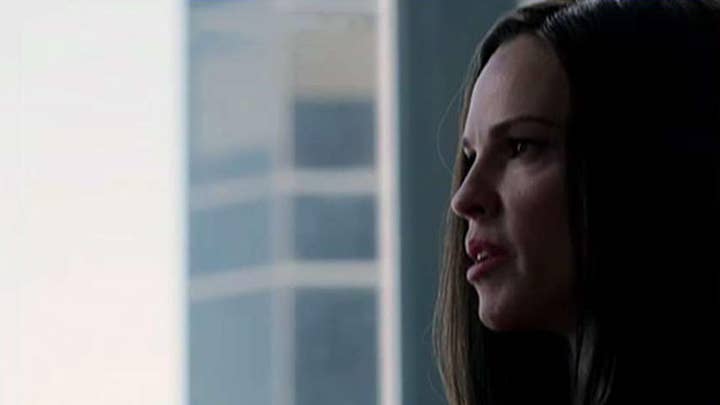 NBC’s Universal Pictures, which shares parent company Comcast with NBC News and MSNBC, told Fox News on Wednesday that the movie’s marketing campaign would be “temporarily paused” on the heels tragic mass shootings in El Paso, Texas, and Dayton, Ohio. Critics say the movie represents a growing war on Trump supporters. Two real-life stories this week arguably illustrate that point: The backlash Equinox and SoulCycle investor Stephen Ross has received for agreeing to host a fundraiser for President Trump on Friday and Democratic Rep. Joaquin Castro's posting of the names and employers of dozens of Trump campaign donors on Twitter.

MINDING YOUR BUSINESS
Uber's $5.4 billion loss tied to driver-appreciation payout.
One of Warren Buffett's worst investments just took another big hit.
How AMC is getting people off their couches and into the movie theater. 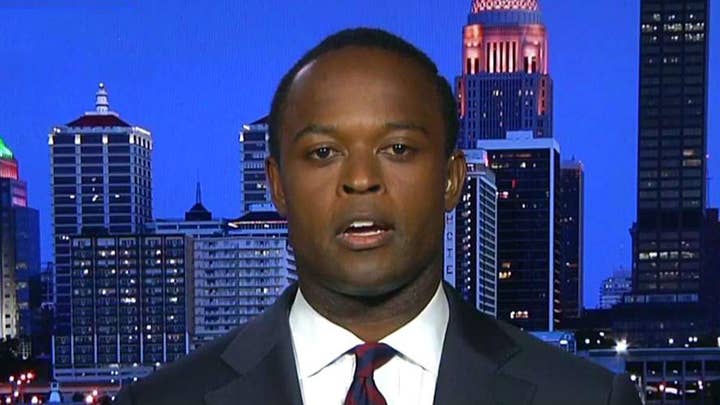 Daniel Cameron, a Republican candidate for Kentucky attorney general, shares his experience with liberal intolerance as he says the Democratic Party needs to stop telling black Americans how to think.