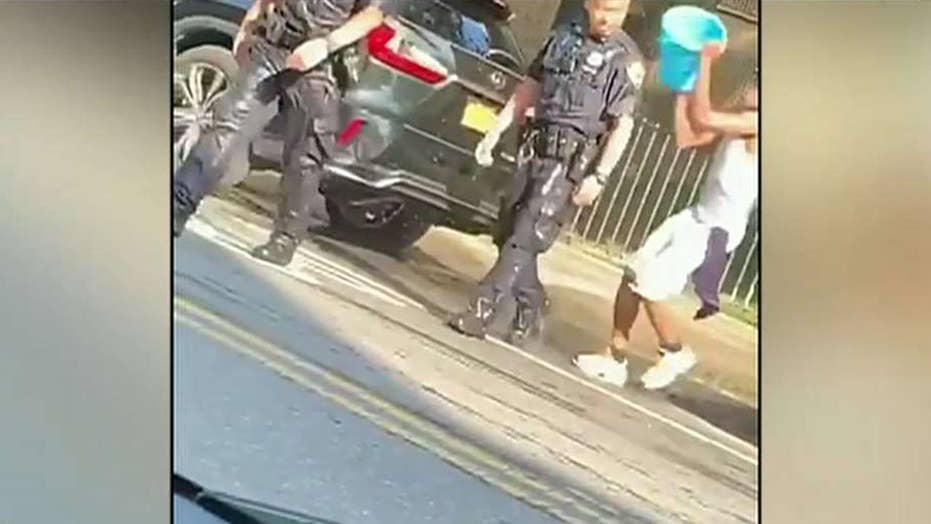 NYPD officers doused with water by group while making an arrest

Has the anti-police and Antifa violence gone too far? Former NYPD commissioner Bernie Kerik and attorney Harmeet Dhillon weigh in.

A Republican bill that would increase penalties for throwing water on cops, after a series of incidents in which members of New York’s Finest were doused by bucket-wielding mobs, is facing some initial Democratic opposition months before the bill could even be taken up.

Republicans in the state’s assembly were angered by viral videos of cops being drenched by groups of local residents -- with NYPD officers apparently feeling unable to respond and walking away. Police have since made a number of arrests related to the cases, but the incidents have sparked national attention, with President Trump calling the incidents "a total disgrace" last month.

GOP lawmakers are now introducing a bill that would make throwing or spraying water "or any other substance" on a police officer a class E felony and punishable by up to four years in jail.

Assemblyman Mike LiPetri, who introduced the bill, told Fox News in an interview Thursday that there are signs the bill has some bipartisan support from some Democrats -- particularly in the state Senate -- but acknowledged early signs of other Democrats pushing back in the Assembly.

“I think anything in Albany is always a tough fight, it’s just a matter of persistence and working together to unite not divide both Houses in making sure this effort is passed,” he said.

Assembly Speaker Carl Heastie, who will decide whether the bill gets brought up for a vote, indicated his opposition to the measure this week. 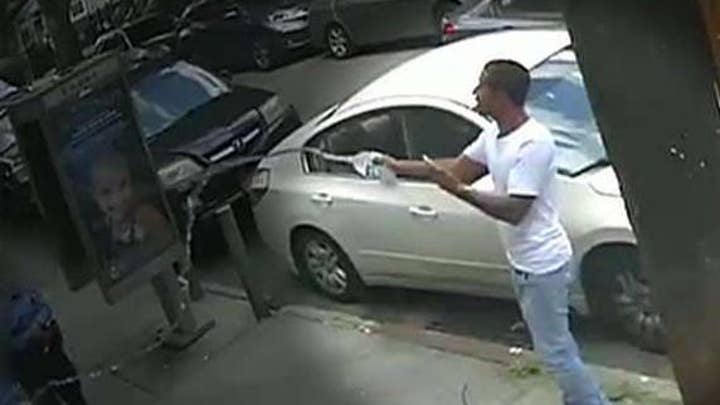 “But I don’t know if always proposing new penalties and laws [is the answer] … I think on the positive end we should continue to try and establish more of a community and police response,” he said, according to The New York Post. “I think that’s more beneficial instead of always saying ‘we are going to lock people up.’’

“I think people should respect the police department but I think Police should also respect communities,” he added.

“It's a real shame that the speaker feels that way but I’d hope the conference feels otherwise,” LiPetri said. “Especially if they're going to support law enforcement and also we want to keep our communities safe and maintain civility within the neighborhoods.”

But that opposition is not limited to the speaker. City Public Advocate Jumaane Williams, a Democrat, told The New York Daily News that the bill was a “major overreaction.”

“The public advocate has consistently said that dousing officers with water is dangerous, shameful and unacceptable, but this proposal is a major overreaction and overcriminalization of an activity which is already illegal,” a Williams spokesman told The News. "Clearly these continued actions need to stop, but hyperbole and headlines can’t drive criminal justice policy or counteract the progress we’ve made over years of reform.”

Assemblywoman Nicole Malliotakis, who co-sponsors the legislation, said that Heastie's opposition was “problematic” but also expressed hope that a number of Democrats would back the bill. The assembly is currently out of session until January, which is when the bill could be taken up by the legislature.

“Most of our elected officials say they stand with the NYPD and they support our police but this an opportunity for them to put their money where their mouth is and actually back that up with common-sense legislation that will punish those anarchists who disrespect our police and try to hinder their response to crime scenes,” she told Fox News. 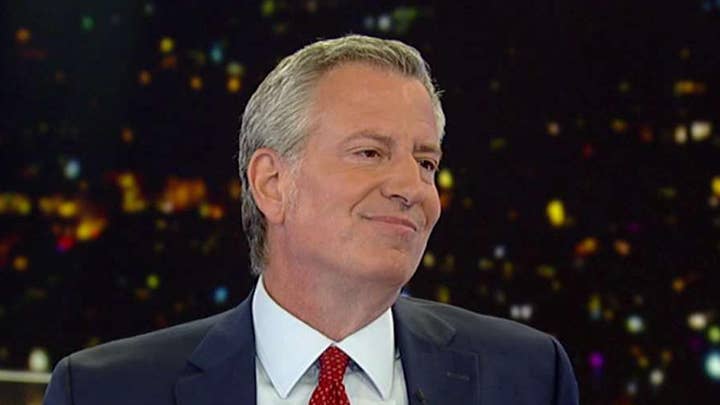 Critics have noted that tossing water over a police officer is already a criminal offense, and have accused pushers of the bill of calling for a disproportionate response. But Malliotakis said that a number of bills have gone through Albany on issues such as reducing bail and misdemeanor sentencing that she describes as “pro-criminal.”

“There have been a number of bills that are pro-criminal, that put the rights of criminals before those of the victims and because we see many of the district attorneys pleading down, we believe a class E felony is an appropriate place to start,” she said.

She also pointed to past rhetoric by Mayor Bill de Blasio, who has upset police officers with what they see as anti-cop comments on issues like race and policing. De Blasio told Fox News’ Sean Hannity on Wednesday night that perpetrators in the water attacks have been “identified and arrested consistently.”

“Anybody the NYPD deems to have committed a crime will be arrested,” he said.

But Malliotakis said that lawmakers needed to send a message that it isn’t acceptable to assault police officers.

“The rhetoric we’ve seen from our Mayor and elected officials from the left have created an environment here in New York City where people believe that this behavior towards our police officers is acceptable and it's certainly not, so elected officials need to join us in passing this legislation to send the right message."