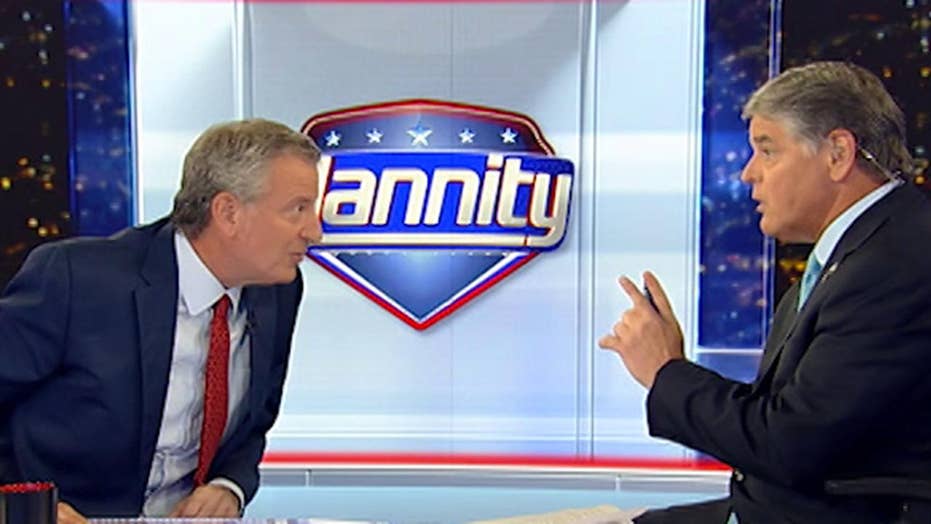 The host had earlier quizzed de Blasio on whether or not he believes Obama and former Vice President Joe Biden helped the middle class, to which the New York City mayor responded by citing the Affordable Care Act. 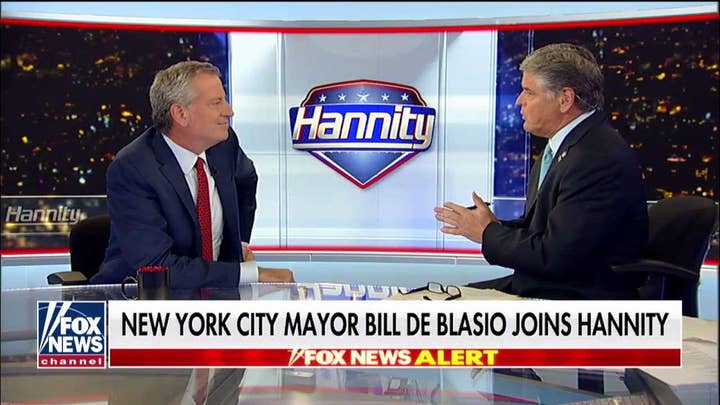 "Do you believe when Obama said 'keep your doctor, keep your plan, save money'? Was that promise fulfilled? The answer is no. But go ahead, you can spin," Hannity told de Blasio.

While promoting the Affordable Care Act, Obama famously told Americans that "If you like your health care plan, you can keep it."

Politifact declared Obama's promise as the "Lie of the Year" in 2013.

Fox News' Joseph A Wulfsohn contributed to this report.