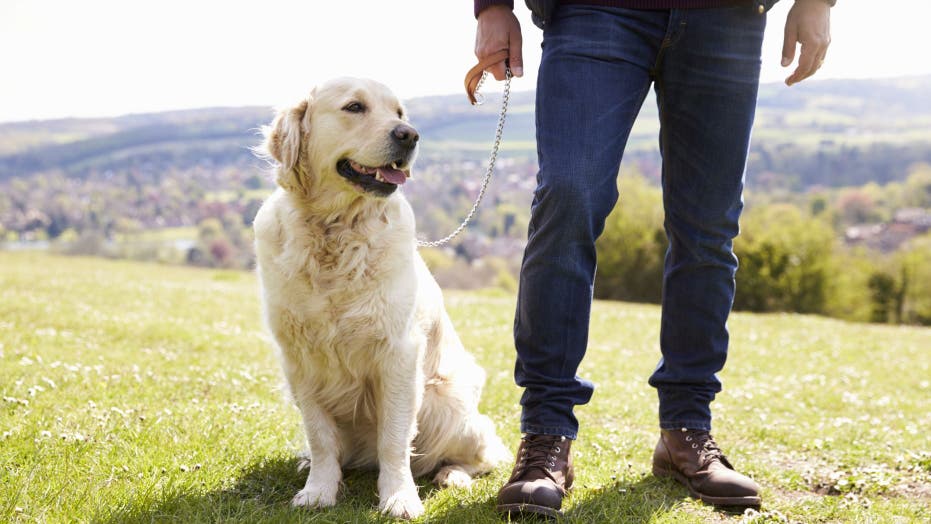 A New York woman is seeking retribution after a dog walker she hired from a popular dog-walking app was captured on video stealing from her home.

The homeowner, Shayna Bryan, posted a series of tweets on Thursday that contained security footage of an unidentified dog walker seen filling her bag with items from around the house as the woman's dogs watched helplessly.

"The bag, the jewelry, the makeup, that was probably anywhere between $700 and $800 in total," Bryan told CBS New York.

The bandit, whom she hired from the pet care company Wag!, even attempted to snag a large winter coat allegedly worth thousands of dollars before Bryan -- who had been watching live on her video camera -- remotely sounded the alarm.

"I immediately sounded my alarm and demanded she take my handbag out of her bag, which she ignored and quickly left the apartment," Bryan wrote on Twitter.

Following the incident, Bryan said she tried to contact Wag! three times before turning to the police, adding that no one from the company acted on the theft until her Facebook post went viral, according to the news outlet.

The company said it is working with police during the investigation and they deactivated the walker's account, according to CBS.

Bryan was refunded for the walk, but she said the walker also failed to buckle her dog's harnesses, which she says, along with everything else, left her "utterly violated."

"To add fuel to the fire, I subsequently discovered that the dog walker neglected to buckle the harnesses around my dogs’ necks, leaving them vulnerable to running off, getting hurt or worse," Bryan wrote on Facebook. "She completely compromised their safety. I cannot stop thinking about all of the worst-case scenarios that may have manifested."

While Wag! does have an intensive vetting process, she hopes others will be careful when hiring people from the app.

"What concerns me is the thought that other families and dogs will experience what I have due to negligence on your part. In fact, my fears have been corroborated by several articles written as recently as last month regarding incidents of dog abuse and/or death as a result of poorly executed background checks," Bryan said.

"I hope that you can appreciate my deep frustration and expect that you will respond expeditiously to further this investigation," she added.

Wag!'s Vice President of Trust and Safety and Corporate Affairs, Heather Rothenberg, issued a statement to People and said: “Every service on the Wag! platform is insured and backed by the full support of our Trust and Safety team, which means in the rare case of an incident, we work directly with the pet parent and the appropriate authorities to address the situation.”

“In this case, our Trust and Safety team reached out to the pet parent to offer support as soon as Wag! was informed of the incident," she said. "We continue to work directly with the local authorities on the investigation. Additionally, the walk has been refunded and the walker, an independent contractor, has been removed from the Wag! platform.”

“Every walker must pass a vetting process and a background check before being allowed to join the Wag platform," she added. "Every applicant must pass an online test covering dog safety, equipment and handling knowledge before we allow them on the Wag! platform to care for your dog.”