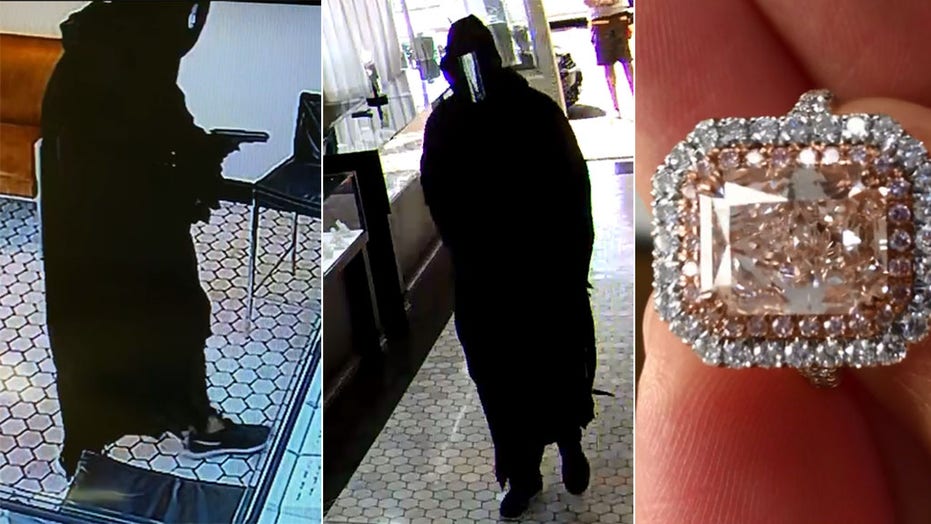 Hawaii police are seeking to identify the armed thief who pulled off a brazen $1 million jewelry store stick-up on Halloween in a black mask and full-length black robe.

Maui police on Saturday released surveillance images of the armed thief who robbed Greenleaf Diamonds of three diamonds at lunchtime on Oct. 31. They announced a $50,000 reward for information that helps nab the crook.

“The business was vacant of customers when the unknown male entered (and) brandished a black Glock-like, semi-automatic looking pistol,” police said in a Facebook post.

Police in Maui, Hawaii, is seeking to identify the armed thief who held up a jewelry store on Halloween in a mask and robe and made off with three diamonds worth $1 million.  (Maui Police Department)

“Once the male brandished the weapon he demanded three items from the display case which contained multiple pieces of other jewelry,” they said.

They said he had on the robe, the mask, black gloves, and black Nike shoes.

Police said the reward had been posted by the jeweler's insurer.