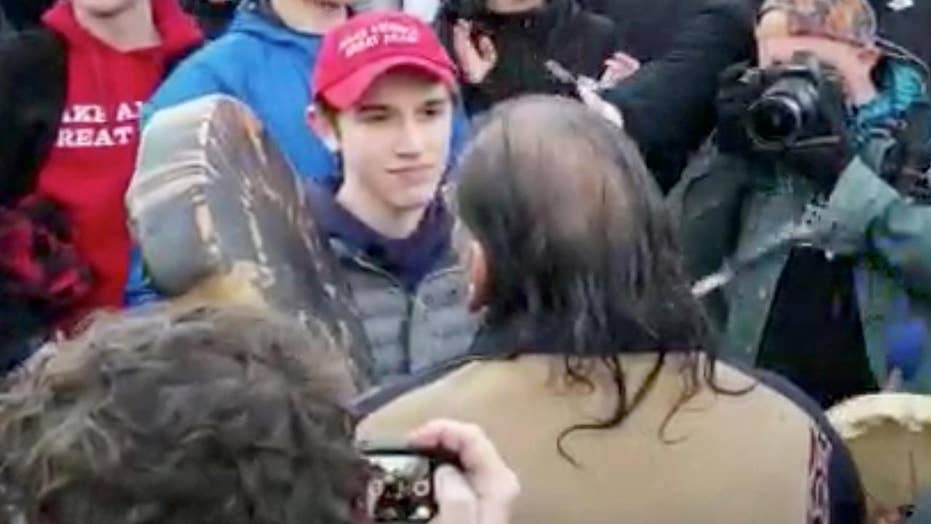 The students from Covington Catholic High School were cleared of any wrongdoing after an independent investigation funded by the diocese found they were not the instigators of the viral incident with a Native American man at the Lincoln Memorial in Washington, D.C., last month.

The inquiry, conducted by Greater Cincinnati Investigation Inc., found that the accounts of Nick Sandmann, his classmates and the chaperones on their trip to the nation’s capital were consistent with videos that circulated online showing that it was they who were harassed by a group of so-called Black Hebrew Israelites.

The report said the students said they felt he was coming into their group to join in with the students’ cheers and that none felt threatened by Phillips.

“We found no evidence of offensive or racist statements by students to Mr. Phillips or members of his group,” the report stated. 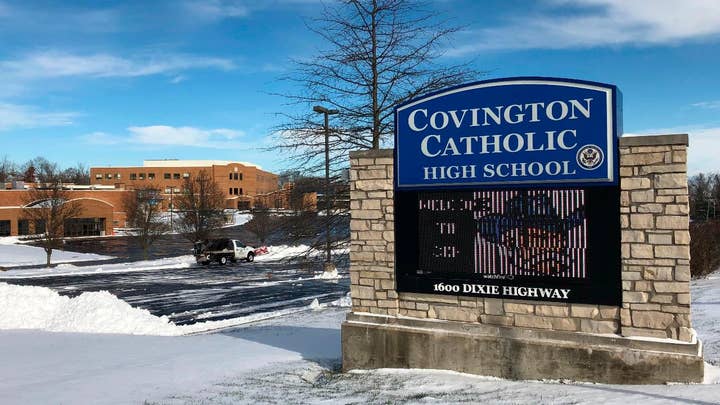 The Covington students – in particular Sandmann – were vilified online after a short viral video widely misrepresented their actions as allegedly harassing Phillips following the pro-life demonstration.

Subsequent videos revealed the students – some, including Sandmann, wearing red “Make America Great Again” hats – were actually accosted and yelled at before Phillips and other Native American activists approached them.

The Rev. Roger Foys, the bishop of Covington, told parents in a letter obtained by Fox News that their students had been exonerated for the misrepresentation of their actions on January 18.

“The immediate world-wide reaction to the initial video led almost everyone to believe that our students had initiated the incident and the perception of those few minutes of video became reality,” he said. “In truth, taking everything into account, our students were placed in a situation that was at once bizarre and even threatening.”

“This has to serve as a wake-up call to the news media. Their coverage of the Covington case was a disgusting mix of unethical journalism, incompetence, and left wing agenda. Now that the media has been proven 100 percent wrong, it is time for journalists to step up and admit what they did to these boys. It is necessary they figure out a way to fix the system so they don’t destroy more lives,” Media Research Center Vice President of Culture Dan Gainor said.

​​Meanwhile, a legal team for Sandmann is preparing for possible legal action – including libel, defamation, cyberbullying and assault – against the “cybermob” that targeted the teenager in the days following the incident. 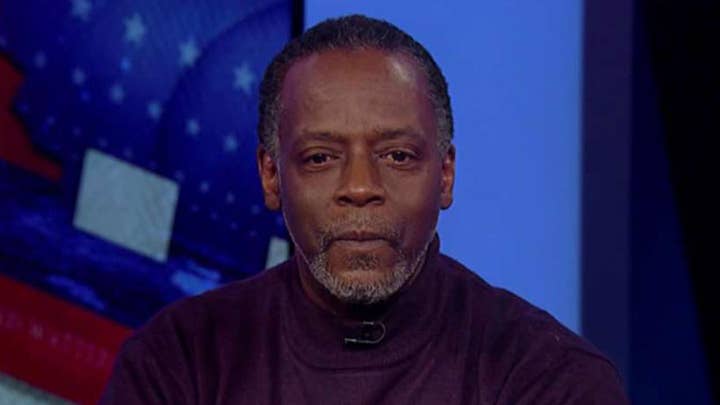 L. Lin Wood, a nationally-recognized attorney in the fields of libel, defamation and the First Amendment, told Fox News in a statement earlier this month that they are looking at all avenues for a cause of action “beyond defamation and intentional infliction of emotional distress.”

“Many statement(s) were published that urged the idea of subjecting Nick to acts of physical violence,” he said. “Although the courts’ opportunities to identify appropriate causes of action for harm caused by unlawful speech on the Internet have been somewhat limited in number to date, I believe that there are number of viable causes of actions available to this young man who is and remains a private figure plaintiff.”