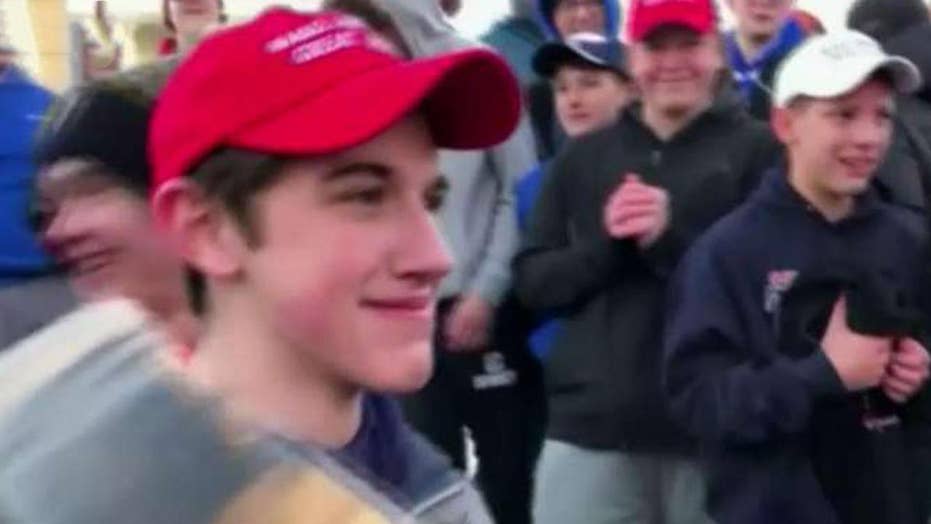 The attorneys representing Nick Sandmann – the Kentucky teen seen being confronted by a Native American activist in a controversial viral video – have added cyberbullying and assault as possible legal action accusations against the “cybermob” that targeted the teenager after his interactions at last month’s March For Life event in Washington, D.C.

L. Lin Wood, a nationally-recognized attorney in the fields of libel, defamation and the First Amendment, told Fox News in a statement Tuesday that Sandmann's attorneys are looking at all avenues for a cause of action “beyond defamation and intentional infliction of emotional distress.”

“Many statement(s) were published that urged the idea of subjecting Nick to acts of physical violence,” he said. “Although the courts’ opportunities to identify appropriate causes of action for harm caused by unlawful speech on the Internet have been somewhat limited in number to date, I believe that there are number of viable causes of actions available to this young man who is and remains a private figure plaintiff.”

Sandmann was vilified online after a video clip went viral that purported to show him harassing a Native American man after a pro-life demonstration on Jan. 18 at the Lincoln Memorial in Washington, D.C. The teenager had been at the nation’s capital with fellow students from Covington Catholic High School as part of an annual field trip.

The incident sparked massive and widespread criticisms of Sandmann, who was seen in the brief snippet of the encounter smiling while standing in front of activist Nathan Phillips.

But subsequent videos that captured the full incident revealed the students – some, including Sandmann, wearing red “Make American Great Again” hats – were actually the ones who were accosted and yelled at before Phillips and other Native American activists approached them. Another group – the so-called Black Hebrew Israelites – were heard and seen shouting at the students.

Both school officials and the Native Americans involved have said they’ve received death threats since the encounter.

Wood said the breadth of the false and threatening speech from the incident is “extraordinary” and "will test the boundaries of cyberbullying, cyber-harassment, cyber-assault, and the intentional infliction of emotional distress.”

“Defendants who have intentionally joined a cybermob aimed at harassing and threatening a teenager have good reason to be legally concerned,” he added.

Sandmann’s legal team has also sent out preservation letters to more than 50 media organizations, celebrities, and politicians advising them not to destroy any documents connected to the incident as the lawyers prepare for a possible libel and defamation fight.

“It’s an enormous pool of possible defendants,” attorney Todd McMurtry, who is working with Wood, told Fox News on Monday.

Wood also released a 15-minute video he says shows “the truth” about what happened at the steps of the Lincoln Memorial.