After President Trump said the White House is looking at plans to tackle gun reform, Sen. John Kennedy, R-La., said he "wouldn't bet" on the commander-in-chief signing any bills passed by the Democrat-controlled House.

"I wouldn't bet my house on it," he said. "And if I were betting your house... I'd probably say, maybe. We've got to see what the proposals are first. The president's opinion matters. I met with Bill Barr yesterday... They're looking at expanded background checks."

Kennedy said on "America's Newsroom" Thursday that there are two factions of gun control advocates in Washington: one group wants to curtail the Second Amendment in the name of public safety, while the other wants to eliminate gun rights entirely.

"There is a group of people that I think in good faith honestly believe that further curtailing our Second Amendment rights will enhance public safety," he said. "But there's another group that just hates the Second Amendment. And I want to thank Congressman Beto O'Rourke for being honest. His honesty was refreshing."

TRUMP QUESTIONED ON WHETHER HE'LL STAND UP TO NRA, VOWS GUN REFORM WILL NOT HURT SECOND AMENDMENT 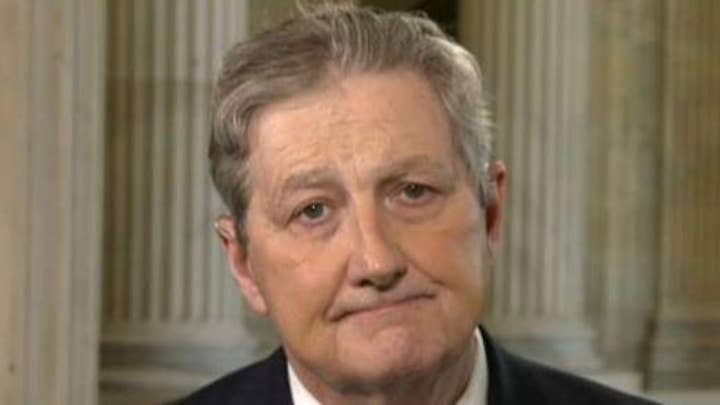 Kennedy was referring to O'Rourke's repeated calls to confiscate the AR-15 and assault-style firearms, along with his push for sweeping red-flag laws.

"Beto's copy of the Bill of Rights goes from one to three," he said. "Mine includes the Second Amendment. But there are a whole host of people here in Washington... they would be happy to confiscate America's guns. And if you don't believe that, then you probably also still believe in Bigfoot. It's a fact, and everybody up here knows it."

President Trump spoke with Fox News' Ed Henry about the issue during a Thursday interview at the southern border, and said he would not risk eroding the Second Amendment to appease gun control advocates.

"Part of the problem that we have is because of Beto O'Rourke's statement about taking away guns," Trump said. "Look, I'm a very strong believer in the Second Amendment... We're going to protect our Second Amendment. We have plenty of ideas."