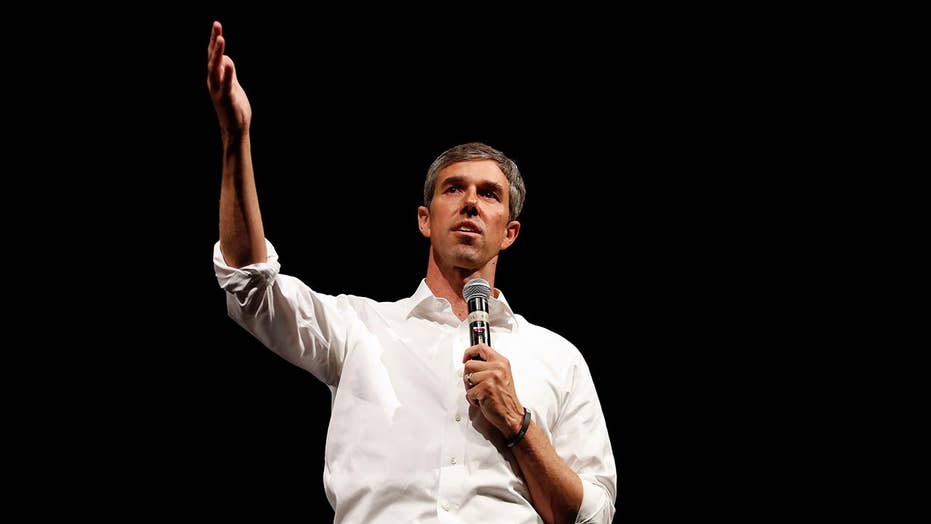 2020 presidential hopeful Beto O'Rourke, D-Texas, ramped up his rhetoric on gun control at the New Hampshire Democratic Party convention on Saturday, when he called for a mandatory gun buyback program, a national firearms registry and red flag laws, all in the same speech.

The former congressman and failed Senate candidate promised to stop the sale of "weapons of war" and said every American will have to obtain a federal license if they want to own a firearm.

“This is a country that has produced the leadership that will ensure that we not only have universal background checks and red flag laws and end the sale of those weapons of war, but that we go the necessary steps further as politically difficult as they may be," he told the crowd.

He also promised a mandatory gun buyback that would see federal authorities force gun owners to sell certain firearms to the government, whether they wished to or not.

"A gun registry in this country, licensing for every American who owns a firearm, and every single one of those AR-15s and AK-47s will be bought back so they’re not on our streets, not in our homes, [and] do not take the lives of our fellow Americans," O'Rourke said.

He made similar comments about gun control last Saturday in Charlottesville, Va., where he outlined his proposed plan and how it would work.

“I want to be really clear that, that’s exactly what we're going to do,” O'Rourke said. “Americans who own AR-15s, AK-47s, will have to sell them to the government. We’re not going to allow them to stay on our streets, to show up in our communities, to be used against us in our synagogues, our churches, our mosques, our Walmarts, our public places.”