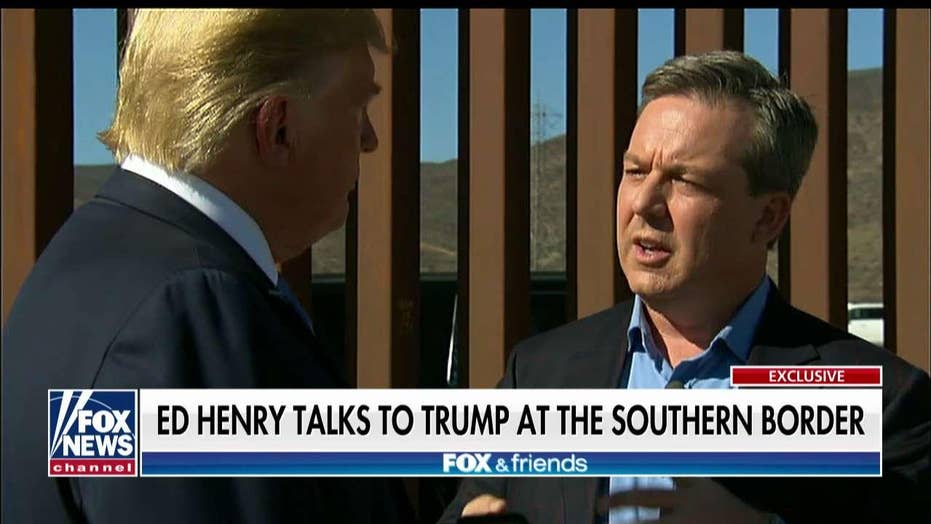 Trump responds to question about standing up to NRA: 'We're going to protect our Second Amendment'

As Democrats continue to call on President Trump to put forward sweeping gun control legislation, the commander in chief said his administration will do nothing to hurt the Second Amendment, during an exclusive interview Thursday with Fox News' Ed Henry at the southern border.

Henry asked Trump if he would "stand up" to the National Rifle Association (NRA) and the president said he would, so long as constitutional gun rights are not infringed upon.

"I am [going to stand up to the NRA] if it's not going to hurt a good, solid great American citizen from keeping his weapon because they want that," he said. 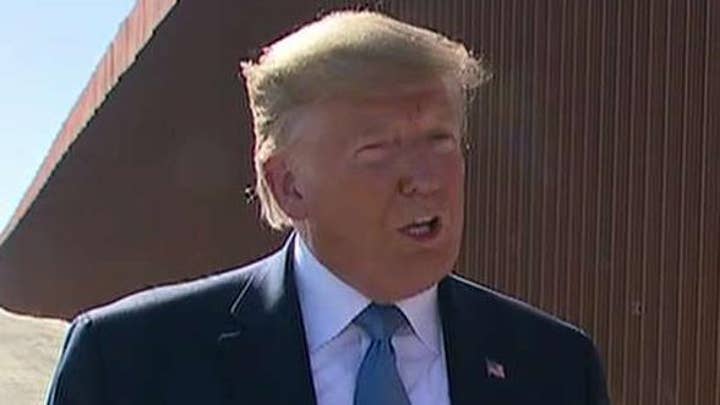 Trump also responded to 2020 Democratic presidential candidate Beto O'Rourke's comments about the president having "blood on his hands," and said his plan to confiscate firearms is only adding to the problem.

"Part of the problem that we have is because of Beto O'Rourke's statement about taking away guns," he said. "A lot of the Republicans and some Democrats now, are afraid to do anything to go down that slippery slope. A lot of people think this is just a way of taking away guns. And that's not good. Because we're not going to allow that.