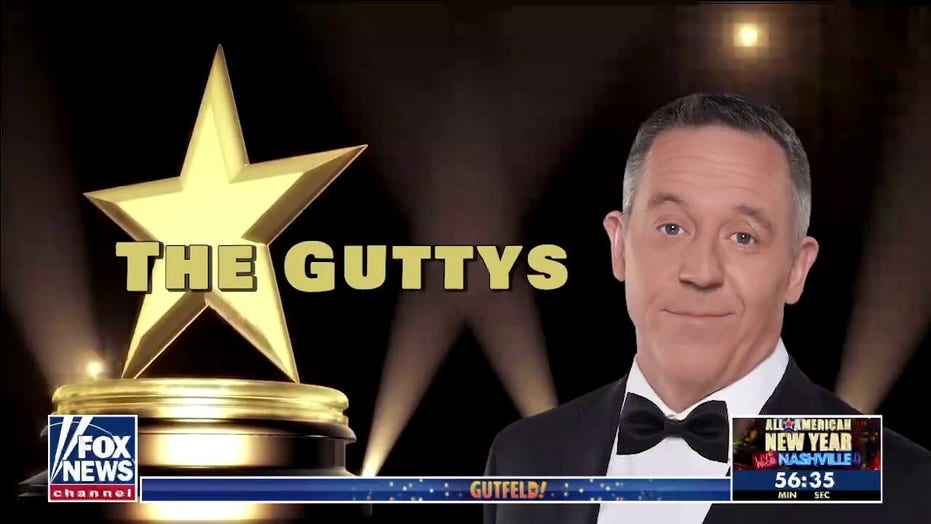 The 'Gutfeld!' panel announce the winners for this year's Gutty Awards.

The panel began by discussing who they considered the biggest hypocrites of 2021.

Gutfeld kicked off the conversation with his nominee, California Democratic Gov. Gavin Newsom, whose "idea of social distancing is to eat in restaurants so expensive he’ll never run into any working-class people."

Comedian Jamie Lissow agreed with Gutfeld’s assessment of Newsom as a hypocrite, but instead tapped Dr. Anthony Fauci as the biggest hypocrite of the year.

Frequent "Gutfeld!" panelist Tyrus didn’t name a single person as biggest hypocrite, rather an entire entity — CNN. When asked by Gutfeld if there was a reason why he named the cable network, Tyrus simply replied, "Have you not watched the news lately?"

Kat Timpf agreed with Gutfeld’s take on Newsom, but called out people who made rules for all to follow but didn’t follow them themselves. Fox News host Dana Perino noted that in a one-week period, the mayors of Chicago, Washington, D.C., and San Francisco were at public events where people were expected to be masked and yet they thwarted the rules — those three mayors "take the cake" for biggest hypocrite in Perino’s estimation.

Gutfeld proceeded to "Tool of the Year" — a three-way tie for him between actor Seth Rogan, former CNN anchor Chris Cuomo and Illinois Republican Rep. Adam Kinzinger. Gutfeld hit at the trio, "Seth blamed his new show tanking on white supremacists. And Chris — he was a giant tool even before helping his brother stave off sexual harassment allegations. And after being emotionally broken by Trump, Adam just chases the media spotlight looking for strange new respect." 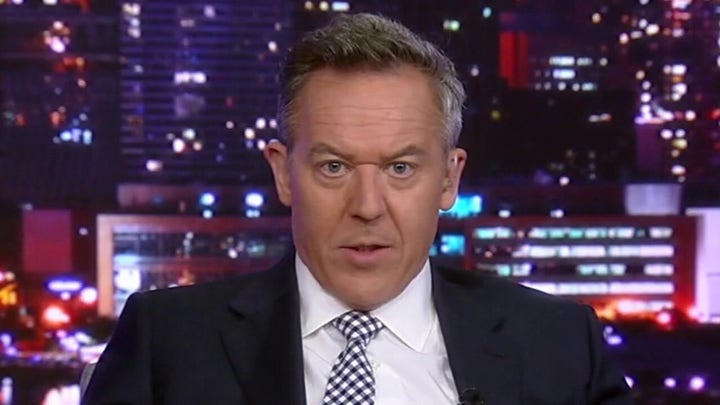 The next Gutty up for grabs was the "Most Racist Event of the Year," to which Gutfeld picked classrooms where critical race theory is being taught, with a close second going to anyone who employs Joy Reid. Tyrus kept his CNN streak alive, naming Don Lemon for his free use of the "white supremacy" label.

The category of "Worst Politician of the Year" had a resounding winner with Gutfeld, Lissow, and Perino naming New York City Mayor Bill de Blasio.

Florida Republican Gov. Ron DeSantis was the choice of Perino and Lissow for "Best Politician," whereas Gutfeld and Tyrus praised the work of Kentucky Republican Sen. Rand Paul.

Gutfeld presented the category of "Biggest Hoax" to which both Tyrus and Timpf said Jussie Smollett’s faked hate crime was the hands-down choice. Perino, however, took a shot at the New York Times’ 1619 Project. Lissow drew applause from the audience when he said the biggest hoax was that "we put in this super old guy and pretended he’s the president." Perino doubled down on Smollett when discussing the "Crime of the Year."

Tyrus hit CNN again in the category of "Biggest Implosion," naming the downfall of Chris Cuomo. For the third time, Perino named Smollett as someone who imploded in 2021.

The Guttys wrapped up with the "Most Underrated Story of the Year," which the host said his choice was easy — the "Gutfeld!" show beating all the late-night programs.

Jeff Field is a Senior Editor with Fox News.