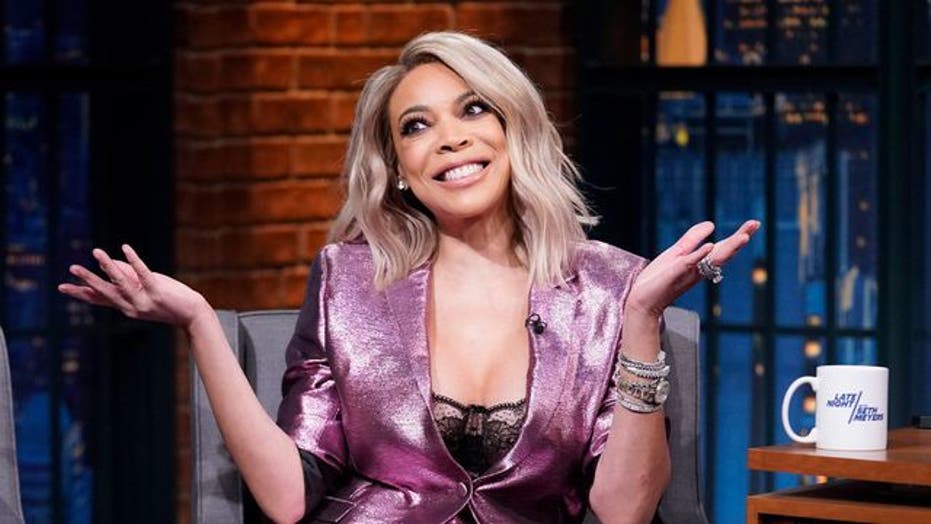 Wendy Williams’ inner circle is ‘concerned for her well-being.’ Some say she is making up for lost time with her fast dating lifestyle.

Wendy Williams shared a fresh update about her personal life with her studio audience.

On Wednesday, the 55-year-old talk show host made reference to her ex-husband, Kevin Hunter, and his alleged mistress, Sharina Hudson, with whom he reportedly had a baby.

During the "Hot Topics" section of her show, Williams remembered a joke she used to tell about getting pregnant.

“I used to say this as a joke on ‘Hot Topics': Poke a hole in the condom and get pregnant, but that backfired on me, didn’t it?” she said, alluding to Hudson's alleged love child. “Turnabout’s a fair game, I’m a fair game player and a straight shooter, too. Pow, pow!”

Williams then further shaded the woman.

“Life is not what you think it is behind the scenes, trust me. Homegirl is miserable,” she said as she rocked a pretend baby. “In the meantime I'm over here. That’s what you get!”

Williams filed for divorce from Hunter in April. The couple were married for 22 years, together for 25, and they have a son, Kevin Jr. The two split because of Kevin Hunter's reported infidelity.

In addition to their marriage, the two were business partners. Hunter was an executive producer of her namesake talk show, "The Wendy Williams Show," but his name has since been scrubbed from the credits.

In September during an appearance on "The View," she took shots at Hunter about his affair and alleged love child.

"I’m not a selfish mom. I’m a very plot-ative individual. Like I will plot on you. That’s why I’m going into Season 11 and he’s changing Pampers,” she said. "Infidelity is one thing, a full baby is a whole other topic."