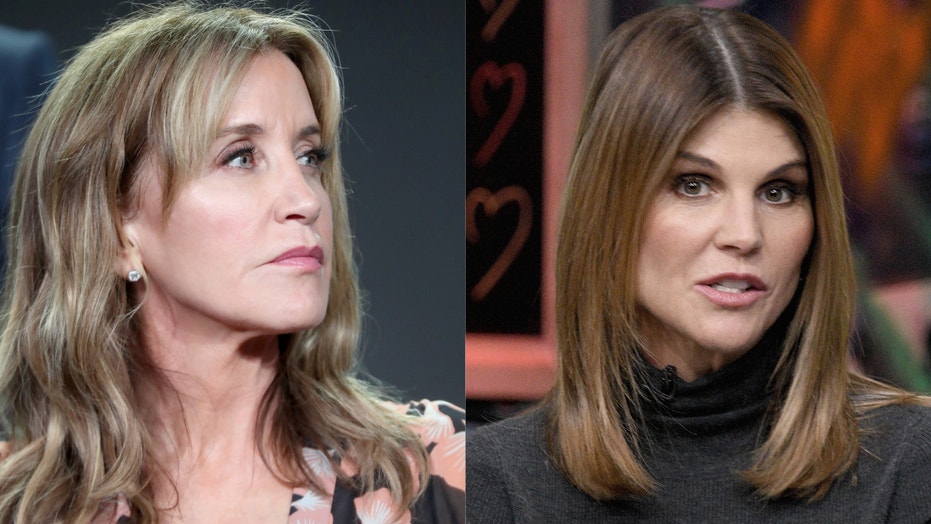 Prosecutors say actress Lori Loughlin and her fashion designer husband paid half a million dollars to fake their two daughters way into USC, but the celebrity couple is fighting back; Rick Leventhal reports.

Lifetime just announced a new slate of projects it's working on in the next year.

The network revealed on Tuesday that it has greenlit a four-hour follow-up documentary special to "Surviving R. Kelly" titled, "Surviving R. Kelly: The Aftermath," as well as a new docu-series, "Surviving Jeffrey Epstein," which will detail the arrest and sexual assault and sex trafficking allegations made against the New York businessman.

There will also be a new movie about the college admissions scandal and a biopic about Wendy Williams, with the talk show host herself executive producing.

In addition, Lifetime announced the premiere date for its upcoming film, "Patsy and Loretta," which follows the close friendship of country music stars Patsy Cline and Loretta Lynn.

"Surviving R. Kelly: The Aftermath" will feature interviews with new survivors, psychologists, and experts on the case, and more insights into the ever-growing saga of the R&B singer, who is currently facing federal and state charges," per the network's press release.

Lifetime's first docu-series was nominated for an Emmy for Outstanding Informational Series or Special and has been viewed by over 26.8 million people since it premiered in January 2019.

Following in its footsteps will be "Surviving Jeffrey Epstein," which will center on the "billionaire New York financier who is alleged to have used his connections to the rich and famous to shield his predatory behavior with young girls. Accused of sex crimes with minors and trafficking, registered sex offender Epstein allegedly hid in plain sight while enablers protected him for over two decades, until his arrest by the FBI earlier this month."

WHAT JEFFREY EPSTEIN COULD FACE HEADING INTO TRAFFICKING TRIAL

Wendy Williams is developing her own biopic which will reveal "the highs and lows she has experienced throughout the years."

"The authorized project provides a revealing look at Wendy’s journey, from her scrappy upstart days in urban radio to the success of her own syndicated talk show. Despite all the naysayers and obstacles Wendy encountered throughout her life, her strength and determination have allowed her to thrive," the presser announced.

The movie will go into production this fall and premiere in 2020.

"Patsy and Loretta" will premiere on Saturday, October 19th at 8 p.m. EST.

And finally, Lifetime will adapt the story about the college admissions scandal into a two-hour movie. The movie will "follow two wealthy mothers who share an obsession with getting their teenagers into the best possible college."

The bribery scandal rocked the nation when news broke in March that "over 50 privileged and elite individuals from across the country were exposed for criminally conspiring to influence the undergraduate admissions decisions at some of America’s top schools." Two notable people involved with scandal were actresses Felicity Huffman and Lori Loughlin and Loughlin's husband Mossimo Giannulli.

Huffman pled guilty to charges of honest services fraud in the scandal in May but Loughlin and her husband pleaded not guilty in April -- and also reportedly rejected a plea deal -- to charges of fraud and money laundering.