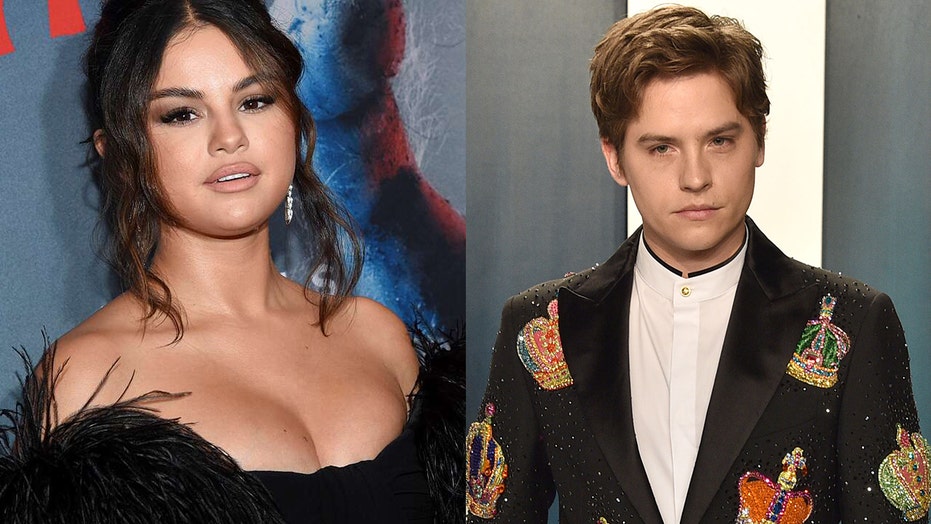 Selena Gomez is reflecting on her first on-camera kiss.

The 27-year-old star appeared on "The Kelly Clarkson Show" on Friday where she talked about her childhood crush, Cole Sprouse.

Gomez had a guest role in 2006 on Disney's "The Suite Life of Zack & Cody," which starred now-27-year-old Cole and his twin brother, Dylan Sprouse, People magazine reported.

Selena Gomez opened up on her on-screen kiss with Dylan Sprouse in a new interview. (AP/Getty, File)

“I was obsessed with that show, and I thought we were going to be together one day,“ Gomez said of Cole.

Per the outlet, in the episode titled "A Midsummer’s Nightmare," Gomez starred as Gwen, a classmate who shared a kiss with one of the leads in a school play. However, instead of kissing Cole, Gomez smooched Dylan.

Cole even chimed in, commenting on an article about the moment: "@dylansprouse I can safely say I’ve never had a girl say this about me," Cole wrote. The Comments by Celebs Instagram account shared it.

Last September, Gomez shared a video of an old whiteboard at the home where she grew up in Grand Prarie, Texas, which also showed her 11-year-old self's adoration for Cole.

“Apparently my heart was very conflicted between Juan and Cole Sprouse when I was 11..” Gomez captioned the clip which featured a whiteboard that read “Selena + Juan” inside of a heart as well as "Selena Cole Sprouse 4-Ever!!"

Gomez released her latest studio album, "Rare," this past January.