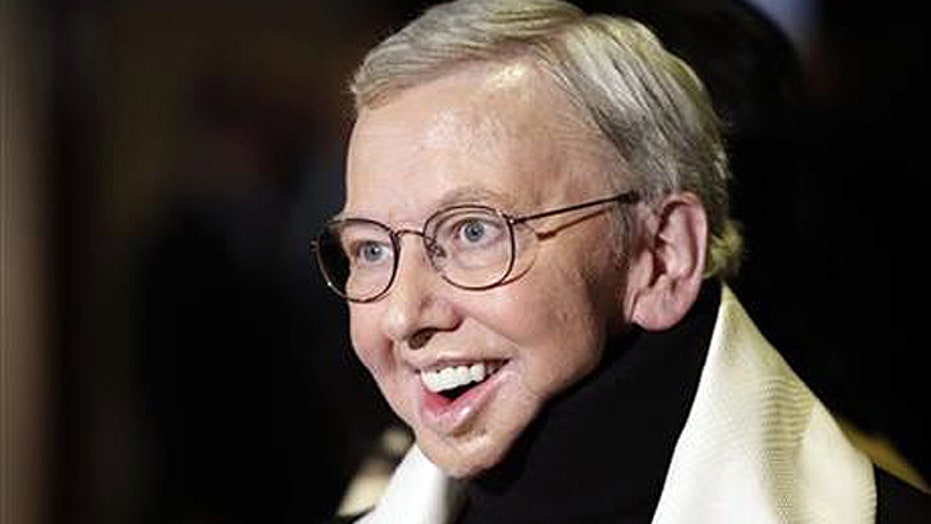 Roger Ebert had the most-watched thumb in Hollywood.

With a twist of his wrist, the Pulitzer Prize-winning critic rendered decisions that influenced a nation of moviegoers and could sometimes make or break a film.

PHOTOS: Roger Ebert through the years

The heavy-set writer in the horn-rimmed glasses teamed up on television with Gene Siskel to create a format for criticism that proved enormously appealing in its simplicity: uncomplicated reviews that were both intelligent and accessible and didn't talk down to ordinary movie fans.

Ebert, film critic for the Chicago Sun-Times since 1967, died Thursday at the Rehabilitation Institute of Chicago as he was getting ready to go home for hospice care, his wife, Chaz, said in a statement posted on his blog Thursday. He was 70.

Two days earlier, Ebert had announced he was undergoing radiation treatment for a recurrence of cancer.

"So on this day of reflection I say again, thank you for going on this journey with me. I'll see you at the movies." Ebert wrote Tuesday on his blog.

Despite his wide influence, Ebert considered himself "beneath everything else a fan."

"I have seen untold numbers of movies and forgotten most of them, I hope, but I remember those worth remembering, and they are all on the same shelf in my mind," Ebert wrote in his 2011 memoir titled "Life Itself."

After cancer surgeries in 2006, Ebert lost portions of his jaw and the ability to eat, drink and speak. But he went back to writing full time and eventually even returned to television. In addition to his work for the Sun-Times, he became a prolific user of social media, connecting with hundreds of thousands of fans on Facebook and Twitter.

Ebert's thumb -- pointing up or down -- was his trademark. It was the main logo of the long-running TV shows Ebert co-hosted, first with Siskel of the rival Chicago Tribune and -- after Siskel's death in 1999 -- with Sun-Times colleague Richard Roeper. A "two thumbs-up" accolade was sure to find its way into the advertising for the movie in question.

The nation's best-known movie reviewer "wrote with passion through a real knowledge of film and film history, and in doing so, helped many movies find their audiences," director Steven Spielberg said. His death is "virtually the end of an era, and now the balcony is closed forever."

In early 2011, Ebert launched a new show, "Ebert Presents At the Movies." The show had new hosts and featured Ebert in his own segment, "Roger's Office." He used a chin prosthesis and enlisted voice-over guests or his computer to read his reviews.

Fans admired his courage, but Ebert told The Associated Press that bravery had "little to do with it."

"You play the cards you're dealt," Ebert wrote in an email in January 2011. "What's your choice? I have no pain. I enjoy life, and why should I complain?"

Always modest, Ebert had Midwestern charm but stuck strongly to his belief that critics honestly tell audiences "how better to invest two hours of their lives."

On the air, Ebert and Siskel bickered like an old married couple and openly needled each other. To viewers who had trouble telling them apart, Ebert was known as the fat one with glasses, Siskel as the thin, bald one.

Ebert favored blue sweater vests and khakis. After his surgeries, he switched to black turtlenecks and white, film director-style scarves.

Joining the Sun-Times part-time in 1966, he pursued graduate study at the University of Chicago and got the reviewing job the following year. His reviews were eventually syndicated to several hundred other newspapers, collected in books and repeated on innumerable websites, which would have made him one of the most influential film critics in the nation even without his television fame.

His 1975 Pulitzer for distinguished criticism was the first, and one of only three, given to a film reviewer since the category was created in 1970. In 2005, he received another honor when he became the first critic to have a star on the Hollywood Walk of Fame.

Ebert's breezy and quotable style, as well as his deep understanding of film technique and the business side of the industry, made him an almost instant success.

He soon began doing interviews and profiles of notable actors and directors in addition to his film reviews -- celebrating such legends as Alfred Hitchcock, John Wayne and Robert Mitchum. Ebert also offered words of encouragement for then-newcomer Martin Scorsese, who was one of three filmmakers working on a bio-documentary about Ebert at the time of his death.

In 1969, Ebert took a leave of absence from the Sun-Times to write the screenplay for "Beyond the Valley of the Dolls." The movie got an "X" rating and became somewhat of a cult film.

Ebert's television career began the year he won the Pulitzer, first on WTTW-TV, the Chicago PBS station, then nationwide on PBS and later on several commercial syndication services.

And while Siskel and Ebert may have sparred on air, they were close off camera. Siskel's daughters were flower girls when Ebert married his wife, Chaz, in 1992.

"He's in my mind almost every day," Ebert wrote in his autobiography. "He became less like a friend than like a brother."

Ebert found a professional and personal partner in Chaz, who acted as his co-producer. During television interviews, he often used his computer voice to tell her "I love you."

She returned the sentiment, telling Ebert during the final dress rehearsal for "Ebert Presents at the Movies" that he had an "indomitable spirit."

"And you know that's right," Chaz Ebert told her husband. "Because people would have understood totally if you decided never to do any of this again."

"I've lost the love of my life," Chaz Ebert said in her statement Thursday, "and the world has lost a visionary and a creative and generous spirit who touched so many people all over the world. We had a lovely, lovely life together, more beautiful and epic than a movie. It had its highs and the lows, but was always experienced with good humor, grace and a deep abiding love for each other."

Ebert was also an author, writing more than 20 books that included two volumes of essays on classic movies and the popular "I Hated, Hated, Hated This Movie," a collection of some of his most scathing reviews.

The son of a union electrician who worked at the University of Illinois' Urbana-Champaign campus, Ebert was born in Urbana on June 18, 1942. The love of journalism, as well as of movies, came early. Ebert covered high school sports for a local paper at age 15 while also writing and editing his own science fiction fan magazine.

Ebert's hometown embraced the film critic, hosting the annual Ebertfest film festival and placing a plaque at his childhood home.

In the years after he lost his physical voice, Ebert was embraced online. He kept up a Facebook page, a Twitter account with more than 800,000 followers and a blog, Roger Ebert's Journal.

He posted links to stories he found interesting, wrote long pieces on varied topics, not just film criticism, and wittily interacted with readers in the comments sections. He liked to post old black-and-white photos of Hollywood stars and ask readers to guess who they were.

"My blog became my voice, my outlet, my `social media' in a way I couldn't have dreamed of," Ebert wrote in his memoir. "Most people choose to write a blog. I needed to."

Writing in 2010, he said he did not fear death because he didn't believe there was anything "on the other side of death to fear."

"I was perfectly content before I was born, and I think of death as the same state," he wrote. "I am grateful for the gifts of intelligence, love, wonder and laughter. You can't say it wasn't interesting."