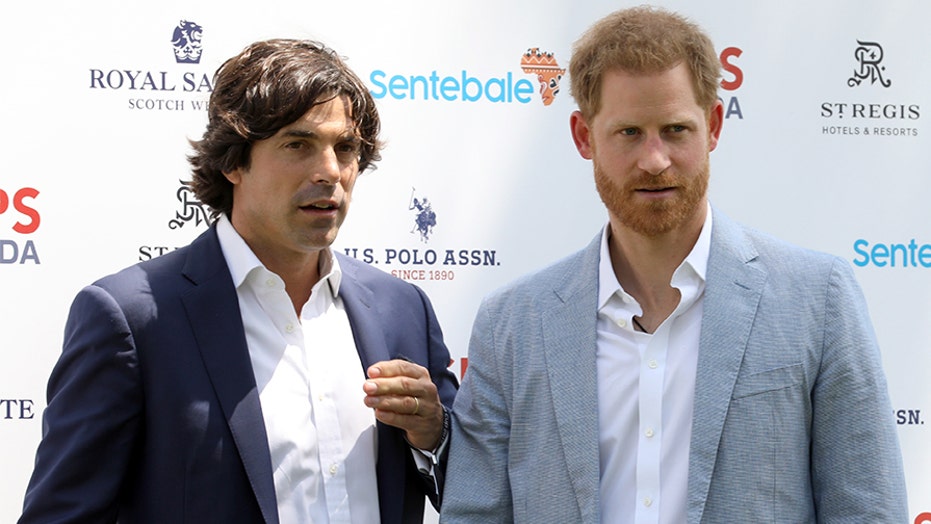 The Argentine polo player told "Good Morning America" on Wednesday that he spoke to his close friend a few days ago following the 35-year-old’s decision to “step back” as a senior royal alongside his wife Meghan Markle.

Figueras, 42, regularly plays polo with Harry and was one of the first to meet the prince's baby, Archie, U.K.’s Daily Mail reported.

“He has suffered a lot for all the things that have happened to him,” Figueras explained. “He wants to live a normal life, as normal as his life is going to be. When you have 1,000 paparazzi outside your house in Canada waiting to get one picture of your son, that’s not normal. He’s protecting his family, he’s protecting his wife and child.”

“He was the son of someone who suffered attacks from the press and it’s undeniable,” continued Figueras. “He doesn’t want that to happen for his family.”

The Duke and Duchess of Sussex announced on Jan. 8 they will take “a step back” as senior members of the royal family and instead work independently, splitting their time between the United Kingdom and Canada.

The couple added they will continue to work with the reigning monarch, 93, as well as Harry’s father Prince Charles and his older brother Prince William.

"We look forward to sharing the full details of this exciting next step in due course, as we continue to collaborate with Her Majesty The Queen, The Prince of Wales, The Duke of Cambridge and all relevant parties. Until then, please accept our deepest thanks for your continued support," the Sussexes wrote.

Markle, 38, and Harry welcomed their son, Archie Harrison Mountbatten-Windsor, in May 2019. The baby’s arrival came a year after the couple tied the knot in a televised royal ceremony in May 2018.

“Any woman, especially when they’re pregnant, you’re really vulnerable, and so that was made really challenging,” Markle said. “And then when you have a newborn, you know. ... and especially as a woman, it’s a lot.

PRINCE HARRY WOULD BLOCK ‘THE CROWN’ FROM FOCUSING ON HIS LIFE WITH MEGHAN MARKLE, CLAIMS BIOGRAPHER

“Look, part of this job and part of any job, like everybody, means putting on a brave face and turning a cheek to a lot of the stuff,” he explained. “But again, for me and my wife, of course, there’s a lot of stuff that hurts — especially when the majority of it is untrue.