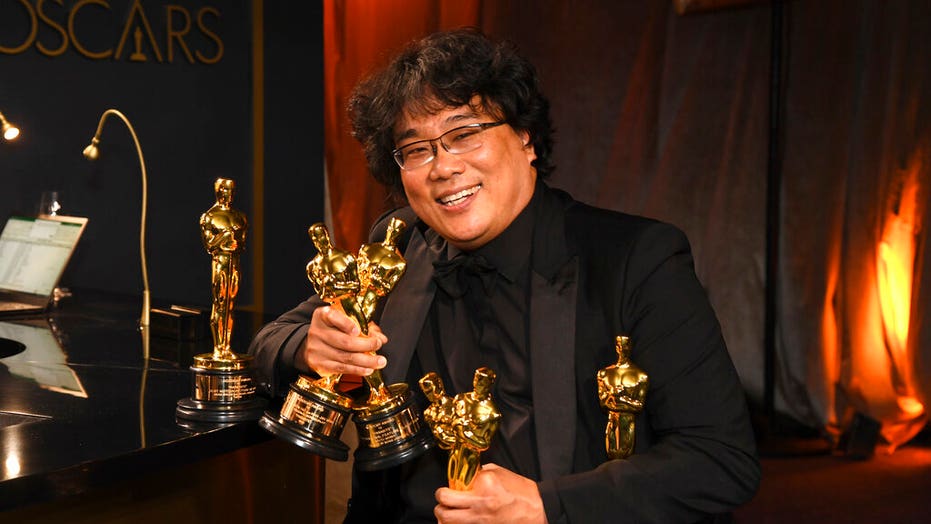 With the conclusion of the 92nd annual Academy Awards comes a handful of world records stemming from a historic show on Hollywood’s biggest night.

While “Parasite” made history by becoming the first foreign-language film to win best picture and stars like Brad Pitt brought home their first-ever Oscar trophy, there were many world records broken in addition to Oscars-firsts.

Director Martin Scorsese holds the Guinness World Record for most nominations in the best director category for a living person. (REUTERS/Jonathan Alcorn)

Martin Scorsese, who lost in the best director category to Bong Joon-ho for “Parasite,” holds the Guinness World Record for most nominations for a living person in the directing category with nine. William Wyler, who died in 1981, holds the most best director nods overall at 12.

According to Guinness, acclaimed composer John Williams beat himself in the category of most Academy Award nominations for a living person. He previously held the record prior to the 92nd Academy Awards, but his nomination for best original music score for "Star Wars: The Rise of Skywalker" brings his record-holding tally to 52. This puts Williams just seven nominations behind the record holder for most Oscar nominations overall, Walt Disney. The organization also notes that Williams holds the record for most decades in which one has been nominated for an Oscar, having been recognized by the Academy consistently since the 1960s.

Finally, in addition to becoming the first-ever international film to win for best picture, “Parasite” ties with “Fanny and Alexander” and “Crouching Tiger, Hidden Dragon” for the most Oscar wins for an international feature film with four. The Korean-language film nabbed wins in the categories of best picture, best director, best foreign-language film and best original screenplay.