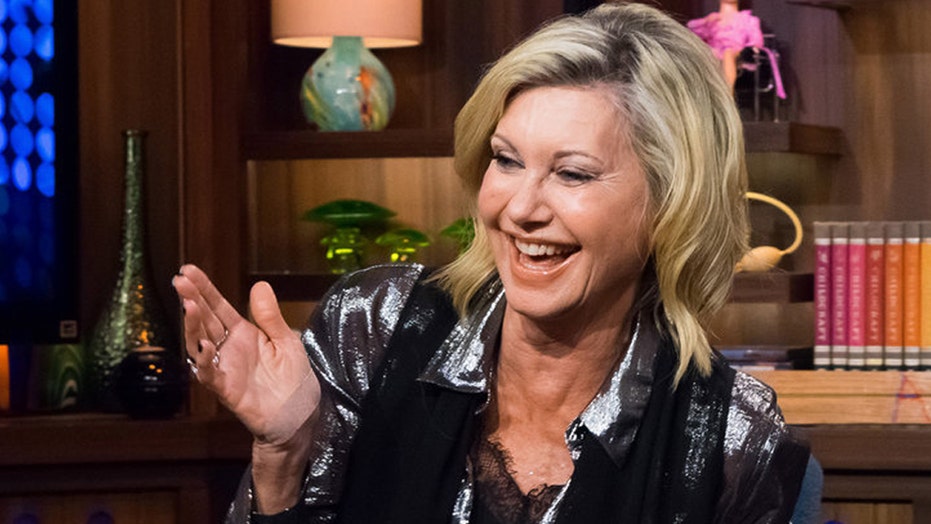 Olivia Newton-John isn’t hopelessly devoted to her stuff — which is why she’s auctioning them all away.

California-based Julien’s Auctions will be putting numerous pieces from the star’s personal clothing collection up for bid in November, including the iconic “leather jacket and skin-tight pants” she wore at the finale of the hit 1978 film “Grease.”

The clothes, along with a costume her character wrote in “Xanadu” and outfits she performed while promoting her “Physical” tour in 1982 (among several other pieces from her wardrobe), will hit the auction block during the Icons & Idols “two-day music extravaganza” on Nov. 1 and Nov. 2 at the Standard Oil Building in Los Angeles.

A portion of the proceeds from the auction will benefit the Olivia Newton-John Cancer Centre near her hometown of Melbourne, Australia.

Back in March of this year, People magazine reported the 70-year-old was in the midst of treating stage 4 breast cancer. She was first diagnosed in 1992 and then secretly overcame a bout in 2013.

The singer/actress spoke to Fox News about launching her highly publicized auction, transforming into "bad Sandy" in the beloved musical, the one item she was hesitant to give away and how she’s doing today.

Fox News: What compelled you to launch this auction?
Olivia Newton-John: It’s been 41 years since "Grease" came out so it felt like the perfect time. Also, a great portion of the proceeds will go to my cancer wellness center in Melbourne, which is my passion, my legacy. I was originally just going to give away the jacket, but then I realized I had all these other things from my career. And it was just time to simplify *laughs*. It’s great, actually.

Fox News: Looking back, how was it transforming into a bad girl in “Grease”?
Newton-John: It was so much fun. I was playing Sandy for quite a while on set and I got to know her as this sweet little girl in a poodle skirt. But then when I got to try on that bad girl look for shooting, I actually didn’t know what to expect. I just had my hair and makeup done.

I walked on set wearing the costume while John [Travolta] was in the middle of filming a song. The reaction I got was so unexpected *laughs*. First of all, [the cast] didn’t know who I was. And then I got all of this attention from the guys. I just thought, "Oh my goodness! Is this what it takes?" *laughs*. It was an ah-ha moment, a humorous one. I was playing a character, but it was a lot of fun for me.

Fox News: What’s your relationship like with co-star John Travolta today?
Newton-John: It’s wonderful. We speak often. I’m also good friends with his wife. We will always be close. We’re always busy, but we also find ways to see each other when we can.

Fox News: Were there any items you were hesitant to give away for the auction?

Newton-John: I wasn’t really hesitant about anything. Stuff is stuff, you know? There was no point in having all of these things in a closet or in a box. But I think maybe my wedding dress — my first wedding dress.

I offered it to my daughter, but it’s way too old-fashioned. But I just didn’t see a reason for it to be collecting dust. I thought it would maybe come back into fashion later, but if my daughter already had that kind of reaction *laughs*. So we just decided to give it away. That was probably the one I had a little twinge over. She’s the gift that came out of that dress so it’s OK.

Olivia Newton-John and her daughter Chloe Lattanzi on the red carpet for the Premiere of Syfy's 'Dead 7' at Harmony Gold on April 1, 2016, in Los Angeles. (Getty)

Fox News: One of the items is a dress you wore for a 1978 TV special with Andy Gibb. What was your relationship like him?
Newton-John: Andy I knew pretty well. We recorded together. He was a dear friend of mine. He was just a sweetheart. Such a lovely, sensitive young man. His death was such a tragedy. Even now, his loss is greatly felt.

Fox News: Late last year you were diagnosed with a third round of breast cancer. How are you today?
Newton-John: Great — I’m doing great. Last year in September I was bedbound. I was lucky enough to be in my own hospital in Melbourne. I spent my 70th birthday at my wellness center. It couldn’t have been more wonderful. My nieces and nephews were there, my best friend was there. It was really quite beautiful. And I’m so proud of the center so it’s a great honor to raise funds for it.

Fox News: Are you currently in remission?
Newton-John: I don’t call it remission — I just say I’m living with it. I’m living with it very well. To think that you could get rid of every single cell is not really a reality at this point. But I’m feeling great. Things are shrinking. I’m taking a lot of herbs because my husband worked in the Amazon and he’s incredibly knowledgable.

And I use cannabis extracts, which has helped me incredibly. They’ve helped me ween off morphine, which I was using for my [cancer-induced pelvis fracture] because I was in a lot of pain. Cannabis will not kill you but these opiates will. I’m an advocate of it, very much so.

Fox News: When did you realize something wasn’t right?
Newton-John: The last time? I was in incredible pain. I thought it was sciatic for a very long time… It got much, much worse and I just couldn’t walk. I had a break, which I discovered through some X-rays. But pain. Pain really because it’s in my bones. That’s how I knew.

Fox News: You originally had the chance to tour with Frank Sinatra before he passed away. What happened?
Newton-John: My daughter was pretty newly born. I just didn’t feel right going on tour. I was in that very early breastfeeding stage. I really wanted to experience going on tour with Sinatra of all people. It would have certainly been so extraordinary. I would have loved to have sung a duet with him. I was very flattered, of course. But my daughter was more important. That’s why I didn’t do it. And I know I made the right decision.

Fox News: There’s no doubt you’re a survivor. However, was there ever a time in your career where you wanted to give up?
Newton-John: Oh probably lots of times *laughs*. But truthfully no. If things were always the same, you wouldn’t have the drive to improve, to grow, to do new things. Sure, I’ve had my share of disappointment and flops — but that’s all part of it.

You just keep going. That’s really what success is about. You keep on going despite the setbacks and flops. And I enjoyed the ride. The whole thing was great. At this point? I’m not sure if I want to [tour] anymore. This has really been the first time where I just really sat down. And I had to sit down — my body forced me to sit down. But that’s OK. Because it’s allowed me to look at my life and see where I wanted to go. And I just can’t keep on going on that treadmill forever like I was.