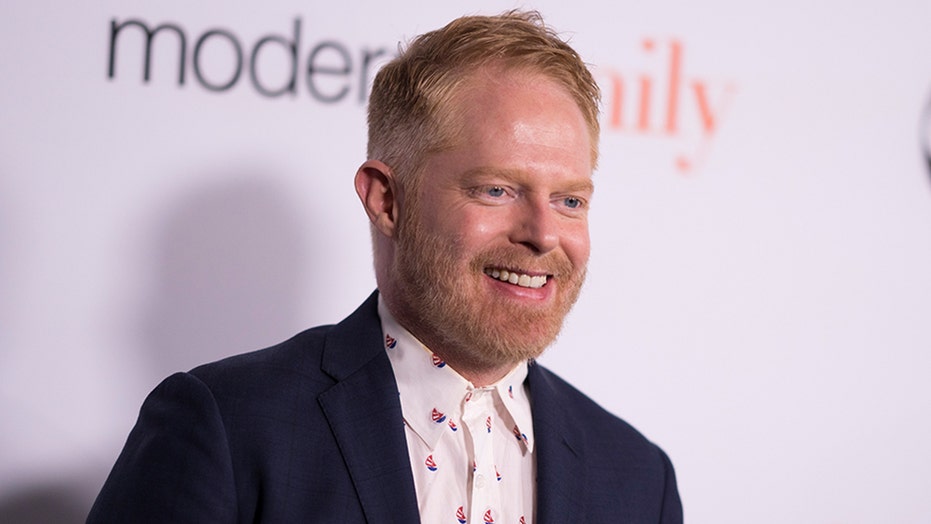 Jesse Tyler Ferguson is spilling the tea on how his steamy “Modern Family” hot tub moment with David Beckham and Courteney Cox came to fruition.

“I’ve been naked a lot this season. I’ve been a hot tub, they’ve had me in shower scenes,” Ferguson, 44, told guest host “Will & Grace” star Sean Hayes on the Friday during an appearance on the Ellen DeGeneres Show. “The hot tub scene was really intense.”

The scene appears in the episode titled “Prescott” and sees Ferguson's and Stonestreet’s characters enjoying a dip in the hotel hot tub with Beckham, 44, and "Friends" alum Cox, 55, who portray a married couple.

Ferguson, 44, detailed to Hayes how the international soccer icon ended up on the show to begin with, explaining that it was Beckham’s wife and Spice Girls member, Victoria, who initiated the play.

“I kind of knew David Beckham a little bit earlier. I ran into him and his wife, Victoria Beckham – ever heard of her? -- outside of a Soul Cycle class,” he said of the singer and fashion designer, adding that pair are massive fans of the show.

“I was texting with Victoria Beckham later that day,” he said, which prompted the It couple to bring their kids behind the scenes to see how the sausage is made. It was this set visit that ultimately landed the tattooed hunk a guest-starring role.

With “Modern Family” drawing to a close -- the sitcom will air its series finale on April 8 -- fans are already hoping for a cast reunion down the line. Ferguson lobbied that the crew should get it done sooner rather than later.

“Oh God, I don’t know. We’re all going to be really old when they do a reboot if we don’t do it now!” he said, before admitting, “I’m really not dealing with it in a great way. I’m repressing my feelings about it and it sneaks up in weird ways.”

Earlier this month, his co-star Sofia Vergara shared a photo from the cast's final table read as the cast and crew gathered around a long table in a packed room.

When “Modern Family” bows out in April, it will have run since 2009, marking 11 seasons, 22 Emmy awards and 75 nominations since its inception.