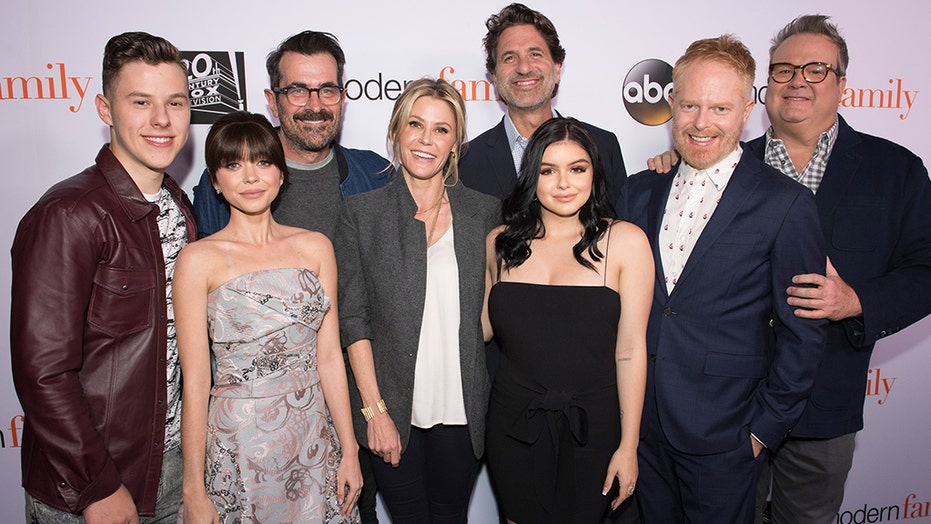 The cast of "Modern Family" has grown up so much over the years, and now we have photographic evidence!

In an official Instagram post on Wednesday, the cast of the long-running ABC sitcom, which says goodbye after 11 seasons later this year, shared a side-by-side image of two group photos, one taken during the show's first table read in 2009, and another during their most recent table read this week.

'MODERN FAMILY' STARS' EMOTIONAL REACTIONS TO HIT SITCOM ENDING: 'WHAT A JOURNEY IT'S BEEN'

Some of the series' stars also shared the image with their own captions, including Sofia Vergara, who wrote in her post, "10 years later!! Modern Family!!!," adding the hashtag #ourlastseason, and several heart-eyes emojis.

Jesse Tyler Ferguson also posted his own caption on Instagram, writing, "I love this cast and crew so much. Happy season 11," along with a heart emoji.

Nolan Gould joined in on his castmates' reflections, expressing gratitude towards his on-screen family. "Spot the differences. The top photo was taken on the day of our first table read, 11 years ago. Today was the last of our first table reads. Excited to be spending one more season with the best TV family and crew," he wrote.

The most striking differences from the first image to the second are among the show's child stars. Gould is unmistakably taller, skyrocketing from one of the cast's shortest members to one of the tallest, while Rico Rodriguez, Sarah Hyland, and Ariel Winter have also aged gracefully into young adulthood.

Additionally, the new photo includes star Aubrey Anderson-Emmons, who joined the Emmy-winning program's cast during its third season. The actress shared her own then-and-now post to Instagram, in which she re-created an embracing pose with her on-screen father Ferguson, nearly a decade later.

"Seven years ago today. Almost nothing has changed," Anderson-Emmons captioned the post, adding a father-daughter emoji.

In a conversation with Deadline in February, ABC Entertainment president Karey Burke dropped a hint on what the upcoming final season of "Modern Family" could entail. "In its final season, there will be more milestone events that anyone who has been a fan of the series won’t want to miss," she says.

Burke also told the outlet that while she "would love to" do a spinoff of the hit sitcom, she admits "there are no conversations" about a potential new series at the network.

The 11th and final season of of "Modern Family" premieres on Sept. 25 on ABC.