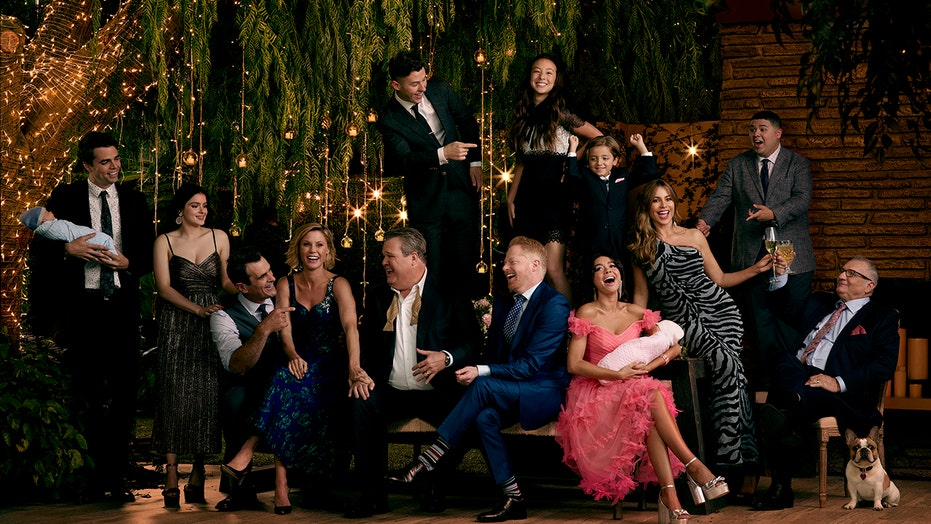 The cast of “Modern Family” is already beginning to say goodbye to the beloved show by taking to social media to share moments from the final table read.

The sitcom will air its series finale on April 8, but production on the last episode is just getting underway. The full cast got together to read the script of the final episode before filming and many marked the somber occasion with posts on their Instagram pages.

Sofia Vergara shared an image of the entire cast sitting around a large table in a packed room filled with others connected to the show.

She also shared images with captions lamenting how she’ll miss her stylist team, her trailer and, of course, her on-screen family, Jeremy Maguire, Ed O’Neill and Rico Rodriguez.

Eric Stonestreet took a more jocular approach, sharing a video from inside the packed table read scored to Trace Adkins’ “You’re Gonna Miss This.” The actor holds the camera on himself while his cast and crew are bustling about in the background.

Maguire took to Instagram as well to share a photo with his on-screen brother, Rodriguez, and a heartfelt note about being on the show.

“It has been a huge honor being this guys little bro! I love him more than words. I get to do it one more week and the emotions of good bye to this show are so real,” the youngster wrote.

“Modern Family’s FINAL table read is hitting @dannyzuker hard. Our writers truly are the heroes of our show,” she captioned the snap.

Sarah Hyland took to her Instagram Stories to share an image of her name card at the table read.

“The last one,” she wrote along with a photo of executive producer Steve Levitan with tissues covering his eyes.

Jesse Tyler Ferguson revealed on his Instagram Story that tissues were left atop each cast member’s script in case tears started to flow.

When the series takes its last bow in April, “Modern Family” will have run since 2009, marking 11 seasons, 22 Emmy awards and 75 nominations overall.