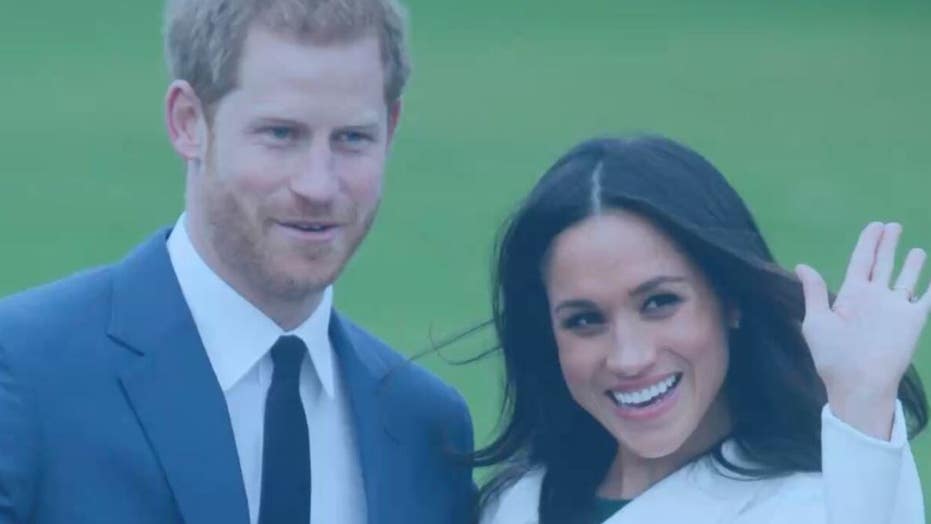 Meghan Markle and Prince Harry are constantly on the move.

Now, as the royal couple are set to split their time between the United Kingdom and North America per their exit statement, here’s a look at their impressive real estate history.

Located in the grounds of Kensington Palace in London, Nottingham Cottage was the first place that Meghan and Harry resided as a couple.

It is one of the smallest properties located within Kensington Palace, as the humble abode contains just “two bedrooms, one bathroom, two reception rooms, a kitchen, living room and small garden out back.” The cottage was occupied by Prince William and Kate Middleton from 2011 to 2013 before Harry moved in.

It was at Nottingham Cottage – sometimes referred to as “Nott Cott” – where Harry proposed to Meghan in 2017.

In an interview with the BBC, Meghan noted the two were having an ordinary night while “trying to roast chicken” when the prince proposed.

“It was just an amazing surprise,” Meghan said. “It was so sweet and natural and very romantic, he got on one knee.”

Harry added, “She didn’t even let me finish.”

Ahead of baby Archie’s birth, the couple made the move to Frogmore Cottage.

Located on the Queen’s Windsor estate, the cottage was converted into a single property for the Duke and the Duchess and was renovated with £2.4m of taxpayer money, royal accounts revealed — while “new fittings and fixtures [were] privately paid for by the couple,” according to The Independent.

The exterior of Frogmore Cottage. (REX/Shutterstock)

“The Duke and Duchess of Sussex chose to move to Windsor for various reasons. Their previous residence of Nottingham Cottage on the grounds of Kensington Palace could not accommodate their growing family,” according to the couple’s official website.

It was also noted that Kensington Palace's Apartment 1, the previous residence of the Duke and Duchess of Gloucester, was unfit for the royal couple to move into.

“The option of Apartment 1 in Kensington Palace was estimated to cost in excess of £4 million for mandated renovations including the removal of asbestos. This residence would not have been available for them to occupy until the fourth quarter of 2020. As a result, Her Majesty The Queen offered The Duke and Duchess the use of Frogmore Cottage, which was already undergoing mandated renovations, and would be available to move in before the birth of their son.”

In early 2019, it was reported that the royal couple signed a two-year lease on their secret $3.3 million country retreat in the rolling Oxfordshire hills.

The Cotswold cottage is said to date back to the 18th century and boasts three bedrooms, a barn-converted double kitchen and floor-to-ceiling windows with gorgeous views, as well as outdoor entertaining space and a separate two-bedroom cottage for staff.

One major incentive for the couple’s splurge on the retreat was its privacy, with a source telling The Sun, “Meghan adores the area. She and Harry love walking the dogs there, and they can entertain their friends in complete solitude.”

Unfortunately for the couple, they were forced to move out after photos of the secluded farmhouse were taken by the press.

With the couple set to embark on a new, half-royal life that will see them away from the United Kingdom from time to time, many have been left wondering where Meghan and Harry will end up.

After spending a six-week holiday out of the public eye at a secluded luxury home on Vancouver Island, Meghan and Harry are expected to settle in Canada — as it is also a Commonwealth nation.

It was also recently reported that the couple has been hiding out in a multimillion dollar waterfront mansion owned by Canadian billionaire Frank Giustra, further fueling speculation into the royal couple’s potential Canada move.