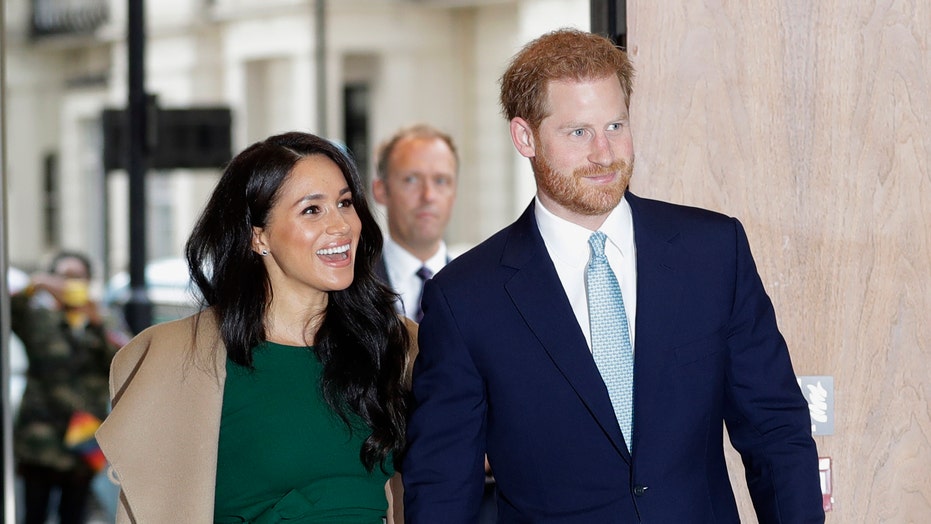 Meghan Markle and Prince Harry revealed on Wednesday that they would be stepping back as "senior members" of the royal family, but it appears not everyone was informed about the announcement.

A source close to the palace told Fox News late Wednesday: "Some members of the royal family were not consulted before the Duke and Duchess' statement was issued."

Earlier on Wednesday, the Duke and Duchess of Sussex explained that they will be splitting time between the United Kingdom and North America and are working to "become financially independent."

Their decision came "after many months of reflection and internal discussion," Markle and Prince Harry said in a statement posted on their verified Instagram account.

Britain's Prince Harry and Meghan, Duchess of Sussex gesture during their visit to Canada House in thanks for the warm Canadian hospitality and support they received during their recent stay in Canada, in London, Tuesday, Jan. 7, 2020.  (Daniel Leal-Olivas/Pool Photo via AP)

Buckingham Palace also released its own comment regarding the news on its official website. "Discussions with The Duke and Duchess of Sussex are at an early stage," it read. "We understand their desire to take a different approach, but these are complicated issues that will take time to work through."

Harry and Meghan made their first public appearance on Tuesday since returning to the U.K. from Canada, where they spent a six-week leave of absence from royal duties, spending the holiday season with their 7-month-old son, Archie.