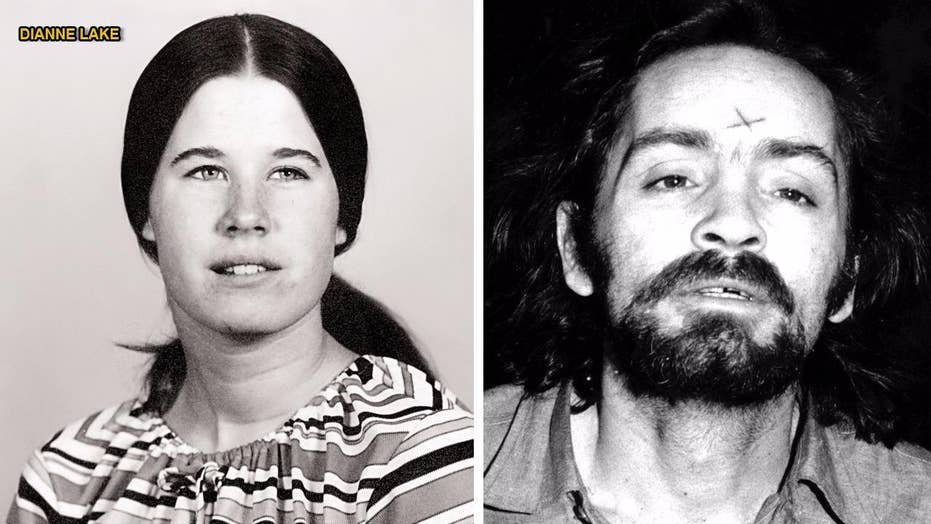 Fox 411: Dianne Lake, now 64, chronicles her years with Charles Manson and how her life forever changed after the brutal Tate murders in 1969 in her memoir titled 'Member of the Family.'

The women who followed hippie cult leader Charles Manson are coming forward 50 years after the gruesome murders that shocked the nation during the summer of 1969.

Oxygen is airing a new two-hour documentary titled “Manson: The Women” on Saturday, Aug. 10, which aims to explore how one of the most daunting madmen in American history charmed his way into the lives of the women who formed his family. It features interviews with four women who belonged to Manson’s circle, including Dianne “Snake” Lake, Catherine “Gypsy” Share, Sandra “Blue” Good and Lynette “Squeaky” Fromme.

Actress Sharon Tate was expecting her first child at the time of her death. (Getty)

Members of the Manson Family, as his followers were called, slaughtered five of its victims on Aug. 9, 1969: actress Sharon Tate, who was 8 1/2 months pregnant, coffee heiress Abigail Folger, celebrity hairdresser Jay Sebring, Polish movie director Voityck Frykowski and Steven Parent, a friend of of the property’s caretakers. The murders took place at Tate’s home while her husband, director Roman Polanski, was out of the country at the time.

The next night, a wealthy grocer and his wife, Leno and Rosemary LaBianca, were stabbed to death in their home across town. The killers scrawled such phrases as “Pigs” and a misspelled “Healter Skelter” in blood at the crime scenes.

The anniversary of the murders has sparked several films including “The Haunting of Sharon Tate” with Hilary Duff; “Charlie Says” with Matt Smith – of “Doctor Who” fame – as Manson; “Once Upon a Time in Hollywood” directed by Quentin Tarantino and starring Brad Pitt and Leonardo DiCaprio; and “Tate,” starring Kate Bosworth as the ’60s starlet, which has no set release date at the moment.

In an advance copy sent to Fox News, the women shared how they felt like outsiders in society during 1967's Summer of Love, before Manson, who portrayed himself as a hypnotic messiah, embraced them with open arms.

CHARLES MANSON EX-LOVER CALLS HIM 'THE CLOSEST THING TO JESUS'

Manson, a petty criminal who had been in and out of jail since childhood, surrounded himself in the ‘60s with runaways and other lost souls during the heyday of the hippie movement in California. Though he was in his mid-30s, Manson began collecting followers — mostly women — who likened him to Jesus Christ. Most were teenagers and many were at odds with their families.

“I was born in France,” explained Share, 76, in the film. “My mother was taken by an officer and raped [during the war]. She took her own life. And then I was adopted by American parents. My mother who adopted me got cancer and died when I was 16. She took her own life also because she thought she might be a burden. And then I was estranged from my stepfather… I really didn’t have a place of my own. It was pretty torturous, you know, this loneliness of not having anyone to ever count on.”

“I was 18 and then my dad threw me out,” shared Fromme, 70. “We had started to argue. He just didn’t want the interaction with me. It wasn’t that I was contesting all the time… My father and I argued about just a definition of a word or something — something really silly. And then he said, ‘You get out of this house and never come back.’ I took him at his word. I did cry because I just thought that it’s pretty final… We were all looking for a family. Loyalty from a family we related to.”

“I had so many respiratory things going on — two tracheotomies by the time I was 1,” said Good, 75. “My mother did not want me to survive the many operations I had. I know that for a fact. She conveyed it daily… I never saw fulfillment or happiness in the people I looked up to. None of them were happy. Many of them were alcoholics.”

Dianne Lake, who became the youngest member of the group at age 14, was raised by hippie parents and met Manson through her mother, who had befriended him while he visited a house farm commune. She was instantly smitten by the charismatic Manson, then 34, who played guitar and sang songs. Lake’s parents granted her permission to live on her own and she instantly joined “the family.”

“Charlie was extremely loving and I felt welcomed,” she recalled. “He took me in that night and he made love to me like I never experienced it before. In a way that made me feel like a woman… I remember thinking that I wanted Charlie to only love me and marry me. I was disenfranchised. I didn’t feel like I belonged anywhere and they invited me to come live with them. So I stayed with them.”

The other women described being instantly captivated by Manson.

“I went to Topanga Canyon [Calif.] and that’s where I first met Charlie,” said Good. “He looked at my throat. And he traced his finger around my tracheotomy scar. He said, ‘Your mother wanted you dead ‘cause she was jealous…. You’re not weak.’ His brilliance was permeating my whole being. My mind was pretty much blown just by his voice, by his demeanor, by the happiness and the brightness.”

Share said she encountered Manson driving “an old, beat-up Chevy with four girls in it.”

“He was the most confident person I have ever run into,” she said. “He was fun-loving. Everybody seemed peaceful and happy. Charlie… came onto me really, really strong. I felt accepted. I just felt like… it was kind of a dream come true. I was an orphan so I was really looking for a family.”

Dianne Lake said she was raped by Charles Manson. (Oxygen)

Lake said the free love turned violent when the man she worshipped raped and sodomized her.

“[He] left me in tears and bleeding,” she recalled. “He said something to the effect of, ‘That’s the way we do it in prison.’ … I don’t know how to describe it. I’m afraid for my own life, but at the same time, I’m still looking for his approval.”

Catherine Share said she "was really looking for a family." — Oxygen

By the summer of 1969, Manson, who had musical ambitions and had met both Beach Boy Dennis Wilson and music producer Terry Melcher, had failed to sell his songs. He became obsessed with Beatles music, particularly “Piggies” and “Helter Skelter,” which he interpreted as forecasting the end of the world. He insisted a race war would destroy the planet.

“I was cooking one night,” said Share. “He came to me and said the Black Panthers know where we are and they might attack us at any time… I really, truly believed that my survival was staying with Charlie because he knew how to maneuver all this.”

According to testimony, Manson sent some of his devotees out on the night of Tate’s murder with instructions to “do something witchy.” While the women in the documentary were never charged in connection to the grisly slayings, they expressed mixed feelings on the horrific tragedy.

“I didn’t feel bad that these people were dead,” said Fromme. “I didn’t even know they were alive. But as far as killing goes? I wasn’t ready for killing.”

“I felt very, very sad for the victims,” said Share. “I was so shut down during that time. It’s just horrible. I just can’t imagine how horrible their families feel. I feel very sad for them. I also feel sad for the young people that were turned into murders.”

Lynette Fromme said she didn't feel bad for the victims because "I didn’t even know they were alive." (Oxygen)

Manson was arrested three months after the murders. After a trial that lasted nearly a year, Manson and three followers – Susan Atkins, Patricia Krenwinkel and Leslie Van Houten – were found guilty of murder and sentenced to death. Another defendant, Charles “Tex” Watson, was convicted later. All were spared execution and given life sentences after the California Supreme Court struck down the death penalty in 1972.

Atkins died behind bars in 2009 at age 61 from a brain tumor. Krenwinkel, Van Houten and Watson remain in prison. Fromme tried to assassinate President Gerald Ford in 1975, but her gun jammed.

Lynette "Squeaky" Fromme leaving the courthouse after her first hearing on the charge of attempting the assassination of President Ford in 1975.

“I wanted to stay with the girls,” recalled Fromme. “With Charlie. With everybody that was inside.”

She served 34 years in prison and was paroled in 2009. Manson died in 2017 after nearly a half-century in prison at age 83 from natural causes.

Over the years, the killings have inspired several movies, TV shows and books. Shock rocker Marilyn Manson, in particular, borrowed part of his stage name from the infamous cult leader.

Share believes those still behind bars should be released.

“I feel like when someone has gotten their mind back and they’ve done everything they could to make up for the horrible things that they’ve done when they were a kid, then it’s time to do a little forgiving and let them not die in prison,” she explained.

“There’s people that have done 50 time worse and they’ve gotten out,” claimed Good. “They’re being used politically… Gotta have a scapegoat.”

But Lake, a born-again Christian, had other thoughts.

“If they really had remorse, they would waive their parole hearings so that the families of the victims don’t have to relive this experience over and over,” she said.

“Manson: The Women” airs August 10 at 7 p.m. on Oxygen. The Associated Press contributed to this report.