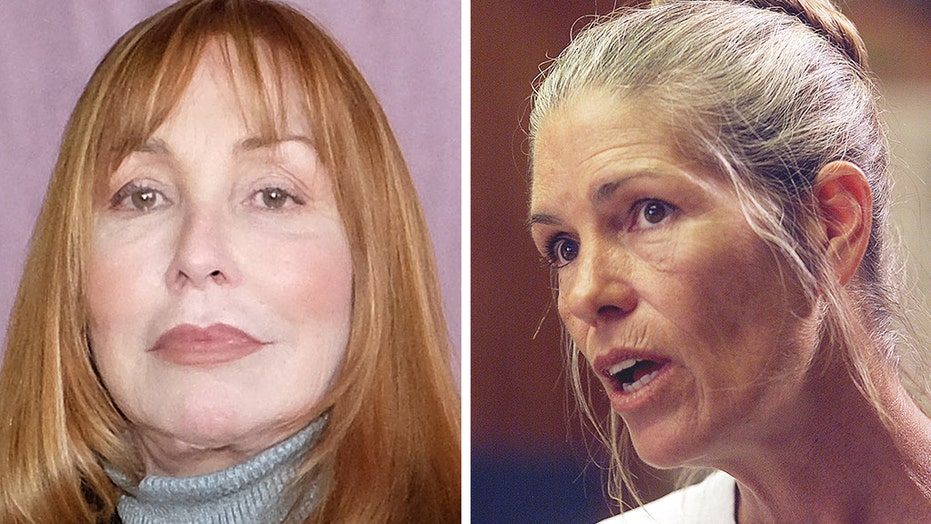 Charles Manson’s youngest follower, Leslie Van Houten, was once again recommended for parole after serving more than four decades of a life sentence for her role in the cult’s grisly murders in 1969.

After a hearing at a women’s prison in Corona, Calif., commissioners of the Board of Parole Hearings found for the third time on Wednesday that the 69-year-old was suitable for release.

If her case withstands a 150-day review process, it will rest in the hands of Newsom. Former Gov. Jerry Brown blocked her release twice before.

Van Houten was among the followers in Manson’s murderous cult who stabbed to death wealthy grocer Leno LaBianca and his wife, Rosemary, in 1969. Van Houten was 19 during the killings, which came a day after other Manson followers killed Tate’s sister, actress Sharon Tate, as well as four others in Los Angeles.

At the time of Sharon’s death, the 26-year-old was expecting her first child with her husband, filmmaker Roman Polanski.

In July 2018, Tate told People magazine she has chosen to support Quentin Tarantino’s upcoming movie on the Manson Family murders, including that of her beloved sibling. Tate said she was initially frustrated because the filmmaker did not reach out to her about the proposed project, titled “Once Upon a Time in Hollywood.” However, she had a change of heart after Tarantino contacted her directly.

A few months prior, Tate had come in support of another film about her sister, titled “Tate,” which features actress Kate Bosworth. Tate explained she approved the film because “it has nothing to do with Sharon’s death.”

Also last year, Tate slammed former child star Hilary Duff after the actress shared a photo of herself dressed as her deceased sister and claiming she is starring in a new film titled “The Haunting of Sharon Tate.” Tate told People she thought Duff’s film was “classless” and “exploitative.”

Tate’s sister attended Wednesday’s Van Houten proceedings and told Fox News she was a spokesperson for the LaBianca family. The 66-year-old said that while the LaBiancas shared four children, it was two of the vicitms' nephews who attended.

“None of those children have been able to come to terms with this and be able to face their father’s killers even to this day,” said Tate.

Tate shared she was stunned that Van Houten may have a chance at freedom after her involvement with the brutal slayings.

“Leslie Van Houten has admitted to stabbing Rosemary LaBianca over 17 times,” said Tate. “In the beginning, she said it was postmortem after Rosemary died. Now she admits that she can’t state that Rosemary was dead. She knew she was handed a knife by Tex Watson because her weapon had become bent and it happened to be a bayonet. The public seems to think that this woman made these stabbings postmortem. … She is now admitting this because Gov. Brown gave these facts as reasons for her unsuitability for parole.”

The Los Angeles Times reported a then 19-year-old Van Houten and others stormed into the home of the LaBiancas. As Charles “Tex” Watson” stabbed Leno, Van Houten and another woman held down Rosemary. After Watson stabbed her with a bayonet, he handed the knife to Van Houten. She has previously testified to stabbing Rosemary in the back at least 14 more times.

Charles "Tex" Watson in a Dec. 2, 2014 photo provided by the California Department of Corrections and Rehabilitation. California officials have denied parole for Watson, the self-described "right-hand man" of murderous cult leader Charles Manson.  (The Associated Press)

The newspaper added the blood of the victims was used to scrawl messages on the walls, a tactic that was also done the previous day when Sharon and four others were killed.

At Wednesday’s hearing, Van Houten’s lawyer, Rich Pfeiffer, said he was pleased with how the commissioners focused on making sure that she took “full responsibility for her role in the killings."

“This all came out in yesterday’s hearing,” claimed Tate. “It has taken her 50 years to bring this information out. How rehabilitated could she possibly be?”

Since Sharon’s death, Tate has devoted much of her life to counseling victims of violent crimes. (Reuters)

“She admitted finally that she was very eager to go having known what kind of slaughter took place at my sister’s house the night before,” continued Tate. “She was fully on board and committed to this murderous plan that Charlie had come up with, which was as far as I know an act of domestic terrorism, to start a race war. And so, this is a murderous plan of individuals that united for the purpose to cause havoc, unrest and death to total strangers. This is not in my mind qualify as anybody we could risk releasing back to a free society.”

“I am aware of her accomplishments in prison,” added Tate. “I give her props for that… Mind you, she has had 50 years to come to this theoretical advancement in self-awareness. I say theoretical because she herself has admitted that she has to work really hard to keep herself on the straight and narrow and that’s within a controlled environment.”

Tate said that despite Van Houten’s good behavior in prison, the past cannot be forgotten.

“You never recover from this,” said Tate. “You may find a new level of function, but things will never be as they were before the hugely traumatic incident. It’s just too big of a risk and I’m begging Gov. Newsom to do the right thing and please deny all of these types of people. Not just the Manson cult… We must keep them where they are, which is segregated from a free society.”

At her last hearing, Van Houten described a troubled childhood. She said she was devastated when her parents divorced when she was 14. Soon after, she said, she began hanging out with her school's outcast crowd and using drugs. When she was 17, she and her boyfriend ran away to San Francisco's Haight-Ashbury District during the city's Summer of Love.

Leslie Van Houten at her parole hearing at the California Institution for Women in Corona, on Sept. 6, 2017. (AP)

She was traveling up and down the California coast when acquaintances led her to Manson. He was holed up at an abandoned movie ranch on the outskirts of Los Angeles where he had recruited what he called a "family" to survive what he insisted would be a race war he would launch by committing a series of random, horrifying murders.

No one who took part in the slayings has been released from prison.

Since Sharon’s death, Tate has devoted much of her life to counseling victims of violent crimes. In 2014, she published a book dedicated to the life and legacy of the screen siren.

Tarantino’s “Once Upon a Time in Hollywood” premieres July 26 of this year.