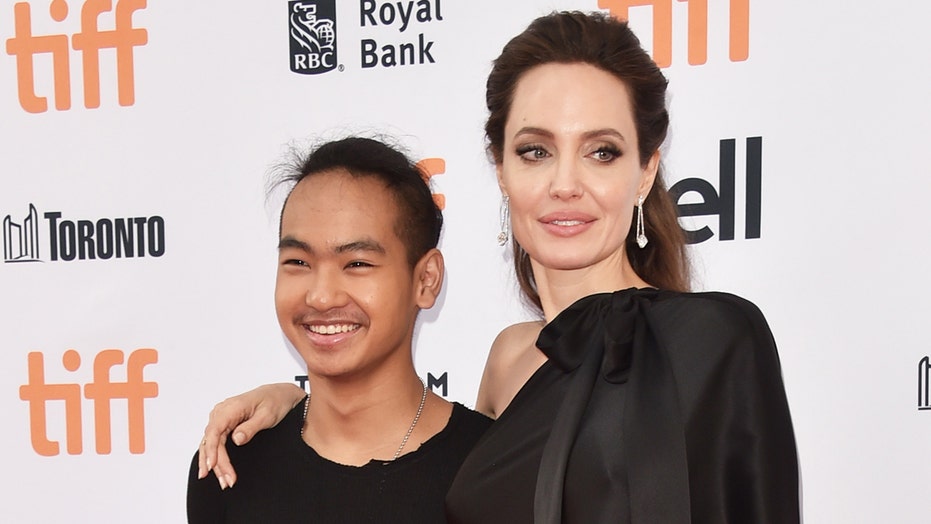 Angelina Jolie didn’t have to wait long to see her son Maddox after sending the 18-year-old off to college over the summer.

The 44-year-old actress has been making the rounds during her press tour to promote “Maleficent: Mistress of Evil,” the second installment of the Disney franchise. On Thursday, jJust two months after dropping Maddox off at Yonsei University in South Korea, Jolie arrived at the film’s red carpet in Tokyo accompanied by her son and daughter Zahara, 14.

The Academy Award-winner stunned at the film’s rollout, donning a shimmering Ralph & Russo gown, while Maddox kept it clean from head to toe in a black suit and black T-shirt. Zahara continued her brother’s look as she walked the chaotic carpet in a black dress that exposed her legs from the thigh down in a see-through sheer skirt.

This was a first reunion for mother and son, according to "Entertainment Tonight."

Jolie was emotional in a recent interview, saying she cried when it was time to leave Maddox behind for school.

“I'm so proud of him," she gushed about her son. "I'm so excited, I feel like my world expands as their world expands. I learn so much from them and I love this stage."

"I also, just at some point, had the big [sun]glasses and the amount of times I turned and waved,” Jolie added. “I do know it was the one moment in my life I think I turned around six times before the airport just ... and he sweetly stayed and kept waving, knowing that I was going to keep turning around. You could feel he knew he couldn't leave."