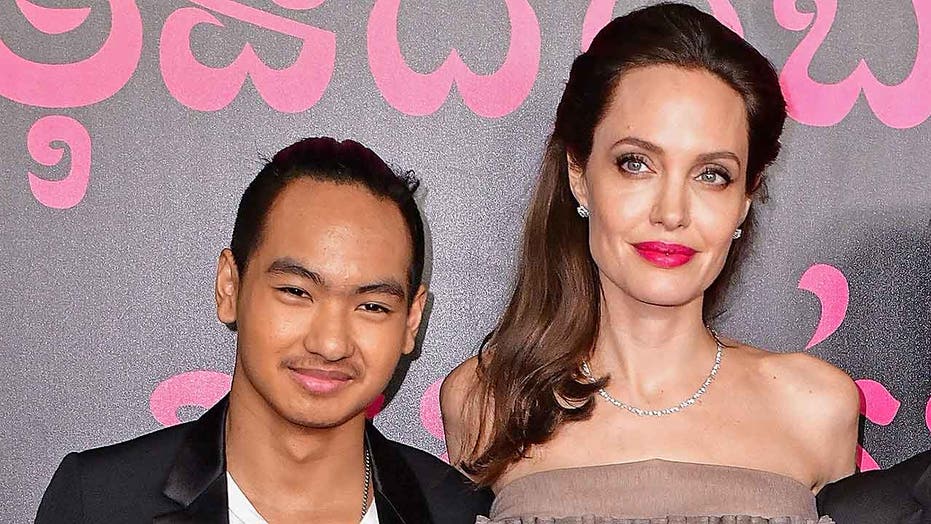 Oscar winner Angelina Jolie is said to be joining Marvel's "The Eternals," about a race of immortal beings who shape history while living on Earth.

Angelina Jolie feels the same way many parents do about sending their children off to college.

Jolie sat down alongside “Maleficent: Mistress of Evil” co-stars Michelle Pfeiffer and Elle Fanning to discuss the second installment of the popular Disney franchise. Jolie also opened up about this new stage of life, where her children beginning to leave the nest.

Maddox Jolie-Pitt is seen at the entrance ceremony for Yonsei University on Aug. 26 in Incheon, South Korea. Angelina Jolie dropped him off at school and he recently revealed he's not sure if Brad Pitt will visit him there. (Getty)

"I just sent one off… I'm so proud of him," Jolie said of her 18-year-old son, Maddox -- who is attending Yonsei University in South Korea -- to Entertainment Tonight during the film's Los Angeles press day. "I'm so excited, I feel like my world expands as their world expands. I learn so much from them and I love this stage."

ANGELINA JOLIE NOT RULING OUT RUNNING FOR OFFICE ONE DAY

"It's going to be different for different kids," said Jolie, who revealed to "Entertainment Tonight" last month that she had an “ugly cry” upon leaving her son at his new university. "Maddox was so ready."

"I also, just at some point, had the big [sun]glasses and the amount of times I turned and waved,” she added. “I do know it was the one moment in my life I think I turned around six times before the airport just ... and he sweetly stayed and kept waving, knowing that I was going to keep turning around. You could feel he knew he couldn't leave."

As far as Pfeiffer is concerned, her days of sending her children off on their own are long gone, however, the “Scarface” actress noted that her experience has been quite different than Jolie's.

"It's a push and pull, because I do think a part of you feels like you're losing literally a part of your body, but you know, at the same time, what you really want for your children is for them to be incredibly independent," said Pfeiffer, who has two children – Claudia, 26, and John, 25.

"So you've succeeded in doing what you set out to do, so you're incredibly proud, but it's hard to make that separation. For me, it was challenging."

Pfieffer added that she never took for granted witnessing her children coming into their own.

"I love how smart they are and how funny they are and their sense of humor comes out and it's really fun," Pfeiffer said.