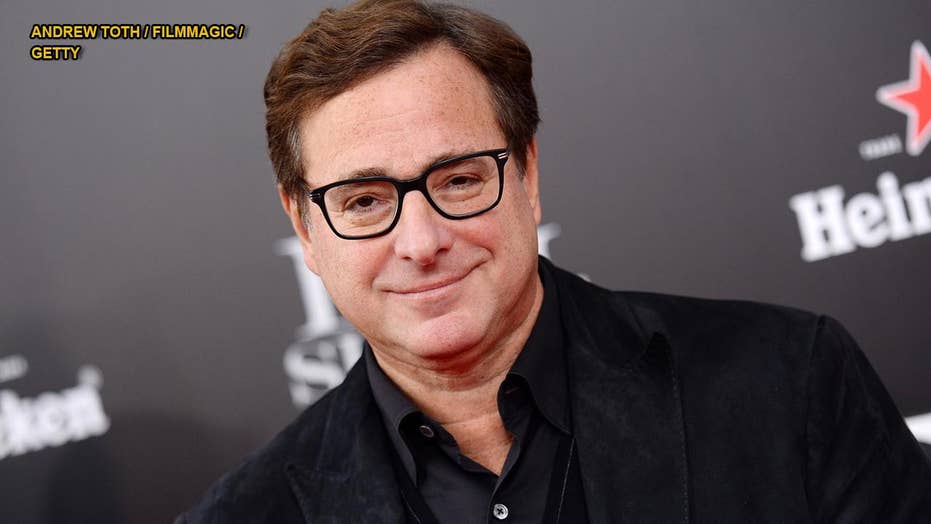 Bob Saget wants to make it clear where he stands on the college admissions scandal surrounding his former “Fuller House” co-star Lori Loughlin.

“I’ve never had any friends growing up,” added Saget. “So, I’m lucky to have any in the first place.”

The actress, her fashion designer husband and nine other parents were slapped with new federal charges earlier this month in a scandal involving dozens of wealthy parents accused of bribing their children’s way into elite universities or cheating on college entrance exams.

Loughlin, 55, and her husband Mossimo Giannulli, 57, are accused of paying $500,000 to get their two daughters into USC as recruits on the crew team, even though neither participated in the sport. The couple has pleaded not guilty.

'I love the people I love, and I have empathy for people that are in my life for 35 years. I don’t cut people out.'

Saget shared he’s thankful for the people he has befriended while filming “Full House” from 1987 until 1995, as well as the Netflix reboot, “Fuller House,” which launched in 2016. Season 5, which is premiering later this year, will be the last.

“I’ve got my house on possible fire [due to the California wildfires] and John Stamos was texting me… ‘Are you OK? Do you want to stay here?’ And I’m like, ‘No, I lived with you in that house in San Francisco long enough,’” joked Saget. “‘I’m not staying in your home.’ But we’ve done that before where we’ve stayed at each other’s houses because we’re good friends. I’m a fortunate guy. I have people that are valuable to me in my life, and then I get to go and share it with other people.”

Actors Bob Saget and John Stamos attend the Los Angeles Premiere of "NORMAN LEAR: JUST ANOTHER VERSION OF YOU" on July 14, 2016, in Los Angeles, California. (Photo by Vivien Killilea/WireImage/Getty)

As for the end of “Fuller House,” the timing to end the series just felt right.

“We got one more ‘Fuller House’ coming up to film in a couple of weeks,” he shared. “It’ll be the last one of the 18 episodes for the fifth season. That’ll be the first half, which will be at the end of the year. And then the beginning of the new year will be the other nine. It’s bittersweet, but there’s a lot of love amongst everybody there.”

MARIE OSMOND ON REMARRYING FIRST HUSBAND STEVE CRAIG: ‘NOTHING IS AN ACCIDENT’

These days, Saget is keeping busy doing what he loves best — entertaining others. The comic is now the host of CMT’s “Nashville Squares,” which puts a country music twist on the classic game show "Hollywood Squares." The original, which aired from 1965 until 1980, was hosted by Peter Marshall.

FORMER CHARGETTES CHEERLEADER RECALLS PLAYBOY SCANDAL IN DOC: ‘I SPENT 40 YEARS OF MY LIFE WITH GUILT’

“I was offered ‘Hollywood Squares’ over the years, and it seemed more scripted than I wanted it to be,” Saget explained. “This just got offered out of the blue and I said, ‘You know, I’ll do this.’”

“I’m happy,” he continued. “With all the craziness in the world, I’m just trying to entertain people… It’s fun and that’s what I think, even in my standup, I’m trying to do more of that. Just stuff that doesn’t go and get us into any political discussions. It’s just out-and-out fun.”

But Saget also has another reason to celebrate. In October of this year, he celebrated his one-year anniversary with his wife, Kelly Rizzo.

“Kelly’s amazing,” Saget gushed about the 39-year-old. “She really, really is… She’s just a great person. She’s really smart and really talent… Our anniversary was the 28th, which is a good day. We’ll be celebrating it for another year. We have a lot of good plans. We have a lot of good holiday plans with her family, and my daughters for Thanksgiving and for Christmas. So it’ll be a nice time.”

“I was divorced for 23 years from my first wife, and she’s a good person,” said Saget. “And a great baby momma. That’s the country in me … Kelly and she get along. We don’t double date, but Kelly’s just cool. I’m really lucky.”