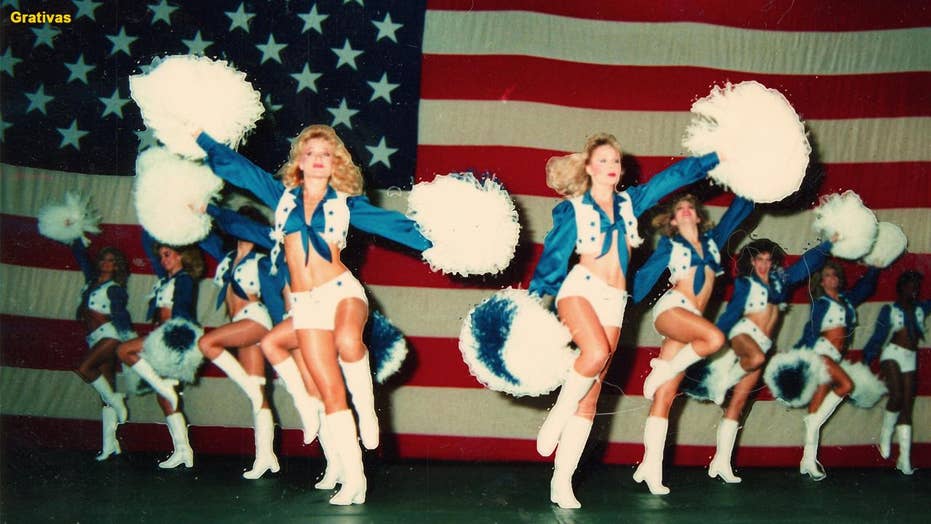 Three former Dallas Cowboys Cheerleaders come forward in a new documentary where they get candid about their drill-sergeant boss, the “Debbie Does Dallas” scandal and becoming sex symbols.

“You knew exactly what you were signing up for,” Toni Washington told Fox News. “You saw the uniform, you knew what was expected of you — you signed the contract. We were out there doing what we wanted to do.”

“We wouldn’t have stayed for as many years as we did for as little money as we were getting paid if we weren’t getting a lot out of it and felt that it was such a valuable experience,” added Shannon Baker Werthmann.

Washington, along with Werthmann and Dana Killmer participated in a new documentary titled “Daughters of the Sexual Revolution: The Untold Story of the Dallas Cowboys Cheerleaders.”

It tells the story of Suzanne Mitchell, the fiercely loyal den mother of the squad who helped lead the controversial pop culture phenomenon at the height of the sexual revolution.

The movie is directed by Oscar-nominated filmmaker Dana Adam Shapiro.

The Dallas Cowboys Cheerleaders became the most iconic sideline show in the NFL with their hot pants that left little to the imagination, crop tops and white vinyl go-go boots. The official poster for the squad outsold Farrah Fawcett’s infamous pinup pic. The cheerleaders also performed on “The Love Boat” and made the cover of Esquire.

However, the squad’s popularity also garnered some unwanted attention. In 1978, the pornographic film “Debbie Does Dallas” was released when there were two actual Debbies on the team at the time. Vanity Fair previously reported just before that film was released, Texas Cowgirls Inc., a group of disgruntled cheerleaders, also re-created the official Dallas Cowboys Cheerleaders poster for Playboy — minus their tops.

A poster for the pornographic film "Debbie Does Dallas," starring Bambi Woods, with the tagline "Everyone on the team scores when her pom-poms fly!'" (Getty)

Werthmann said Mitchell prepared the women for the intense media scrutiny that came with the fandom.

“What I remember is Suzanne Mitchell came into the dressing room, explained to us the situation, and that we didn’t have to worry about it,” she recalled about the “Debbie Does Dallas” scandal. “She was our protector-in-chief, she was going to take care of it. So, we could go on, and be the cheerleaders that we were hired to be, and do the things that were expected of us.”

“And she won,” said Killmer. “The uniform came out of the movie. She beat the New York mafia… They threatened to kill her, but she won.”

But being a Dallas Cowboys Cheerleader wasn't just about splits and pom poms. The women insisted a no-nonsense Mitchell created strict rules for the team that offered zero wiggle room.

The three women added they never dated or had flings with any of the players.

And while the uniforms were skin-tight and custom-fitted, the trio shared they felt empowered slipping into their head-turning getups.

“The uniform represented the Dallas Cowboys football club, and they were America’s team and we were America’s sweethearts,” said Werthmann. “So for me, I felt that I needed to maintain a high bar of excellence in order to represent the Dallas Cowboys. And our protector… Suzanne Mitchell, who bent over backward to protect the corporate identity, as well as our individual value.”

Killmer and Washington shared that one of their proudest moments was entertaining the troops overseas. Killmer went on six tours and Washington did 12. Mitchell went on 18 USO tours.

“We performed on a spring tour in Beirut, Lebanon, and we stayed late so that every single marine, 3,000 marines, would get to shake our hand, hug our necks and drop their mail in our mailbag,” said Killmer. “And we were headed to the USS Guadalcanal. We were going down a gravel road that they called the Israeli highway, but it was literally a gravel road. When the PLO started shooting at us, had the marine that was driving… not pushed Suzanne’s head down, she would have been shot right between the eyes.

“It really made you understand that even in non-war times, we were very fortunate that the fine men and women of the US military were protecting us, and how much they loved us overseas, and how much they liked us bringing a little piece of home over there to them to let them know that [they] were not forgotten.”

Washington has fond memories dancing on the USS Enterprise in front of a cheering crowd.

“It was very empowering,” she shared. “But we always danced for the flag. We entertained and it was about the American flag. I wear the flag for Suzanne because that was her passion.”

“Young Suzanne Mitchell gave young naive women a different perspective about our country,” added Werthmann. “We will be indebted to her forever, because we see things so differently, having been in her company.”

However, time with the Dallas Cowboys Cheerleaders ultimately came with a final hurrah.

Mitchell remained as director of the cheerleaders from 1976 until the team was bought by Jerry Jones in 1989. Mitchell passed away in 2016 at age 73 from complications of pancreatic cancer. The women revealed they want to make sure her legacy never fades with time.

“She’s no longer with us, and that’s why we’re here,” said Werthmann. “We have her back now.”

“Daughters of the Sexual Revolution” is currently in theaters.