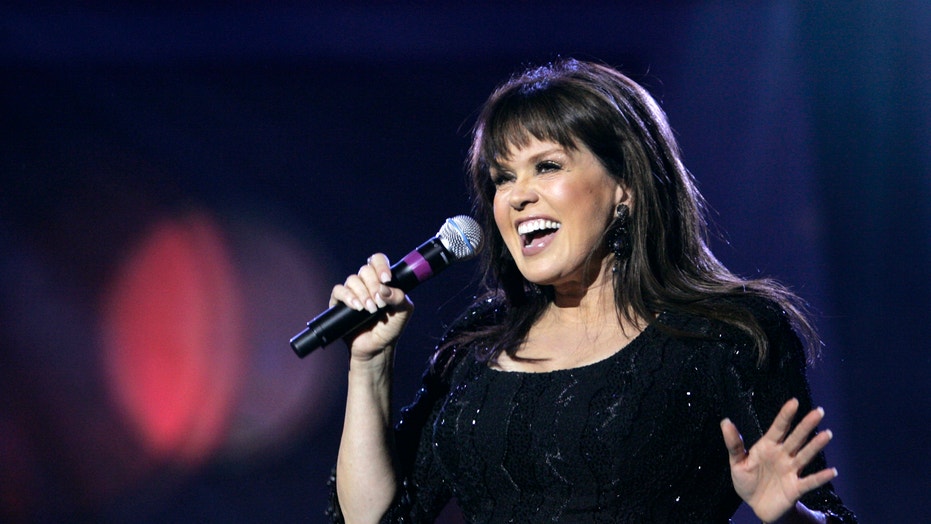 Marie Osmond loves her husband so much that she married him twice.

“Nothing is an accident,” the entertainer told People on Wednesday. “I am a spiritual person. So [I believe] God has his timing.”

MARIE OSMOND'S SON WAS BULLIED BEFORE HIS SUICIDE: 'I NEVER TOOK ACTION'

According to the outlet, Osmond was just 22 and fresh off her popular variety series “Donny & Marie” when she first married Craig. The pair first met when she was a teen. Less than a year later, the couple welcomed their son Stephen, now 36. However, Osmond admitted married life wasn’t so blissful — at least the first time around.

“Everyone was telling me my career was over,” she recalled, adding that her marriage to Craig “had some trouble.” They ultimately divorced.

“All of a sudden I’m a single mom and I don’t know how I’m going to pay my rent, let alone feed my kid,” said Osmond. “So I decided I had to get back to work.”

MARIE OSMOND OPENS UP ABOUT FAMILY'S HEALTH ISSUES, HOW FAITH GETS HER THROUGH TROUBLED TIMES

The magazine shared Osmond began buying potential stage outfits from the Limited Express and hand sewing sequins onto the costumes. Within two years later, Osmond was at the top of the country music charts and enjoying a thriving career. She also married her second husband Brian Blosil in 1986.

Osmond admitted to the outlet that she rushed into that relationship.

“You have to be so careful not to jump into a relationship after you’ve been through a sad one,” explained Osmond. “You really need time on your own. And you need to know that you’re a good person in order to find a good person.”

However, Osmond wasn’t prepared to reconnect with Craig again through their son Stephen.

“The thing about a second marriage is that you realize things you thought were so important, aren’t,” said Osmond. “I love being with my husband. He is the sweetest man I know. He lives to serve and really listens to people’s needs.”

Marie Osmond gets candid about her marriage. (Michael Tran/FilmMagic/Getty)

Despite rekindling their relationship, their son Stephen was initially “a little scared” of his parents getting back together decades later.

“Stephen was getting married and we [realized] we can’t go to our son’s wedding and not be married,” said Osmond. “So we got married a few months before he did. He joked that he never thought it would happen, but it did!”

Osmond is in a much happier place, all thanks to her children.

Back in 2007, the star collapsed in front of a stunned audience after her samba routine at “Dancing with the Stars.” At the time, People reported host Tom Bergeron quickly sent the show to commercial as two medics and Osmond’s manager rushed to her side. The ballroom was silent for more than a minute before Osmond was helped to her feet.

At the time, Osmond told the magazine she knew something was wrong even before her fall.

“Doing rehearsals, I was out of breath,” she recalled. Osmond added that during the previous five years, she gained 40 lbs. while caring for her parents, each of whom battled heart disease at the end of their lives, and struggled with her divorce of Blosil.

“[My son Stephen] said, ‘Mom, it would really be nice if you were there for my kids,’” said Osmond.

That’s when Osmond decided to embark on a weight-loss journey. The magazine noted that in five months she lost those 40 lbs. with the help of NutriSystem, as well as the strenuous dance routines she learned during her time on “Dancing with the Stars.”

“The hardest thing was worrying about what everybody else was going to eat,” she said. “But I told my family, ‘Mom has to focus on mom right now.’”