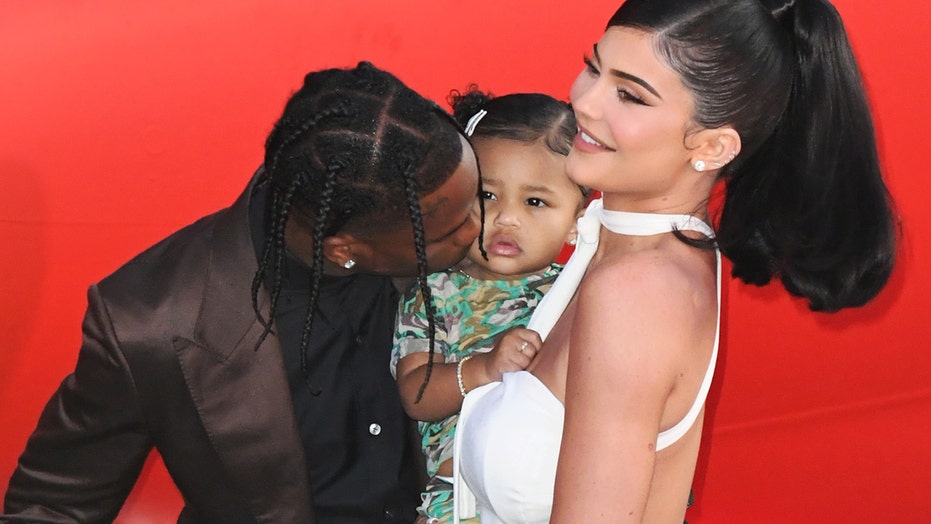 The reality star, 22, and her boyfriend, Travis Scott, 28, proudly toted Stormi in their arms at the premiere for the rapper's new Netflix documentary, "Travis Scott: Look Mom I Can Fly."

The family affair marked the 18-month-old's red carpet debut and she appeared to be enjoying the spotlight.

For the event, Jenner chose a white, formfitting dress with matching heels, while Scott opted for a brown suit with a black button-down.

The couple, who welcomed Stormi in February 2018, also posed for photos sans their daughter.

Travis Scott and Kylie Jenner pose for pictures at the premiere of Netflix's "Travis Scott: Look Mom I Can Fly." (Jon Kopaloff/FilmMagic)

Scott's documentary gives fans a glimpse into his life on tour as well as his home life with Jenner and Stormi. The trailer reveals that Jenner's pregnancy and Stormi's birth is a focus of the documentary.

Little Stormi is used to the spotlight already, having graced the cover of Harper’s Bazaar Arabia alongside her mom and grandmother Kris Jenner for the magazine's July/August issue.