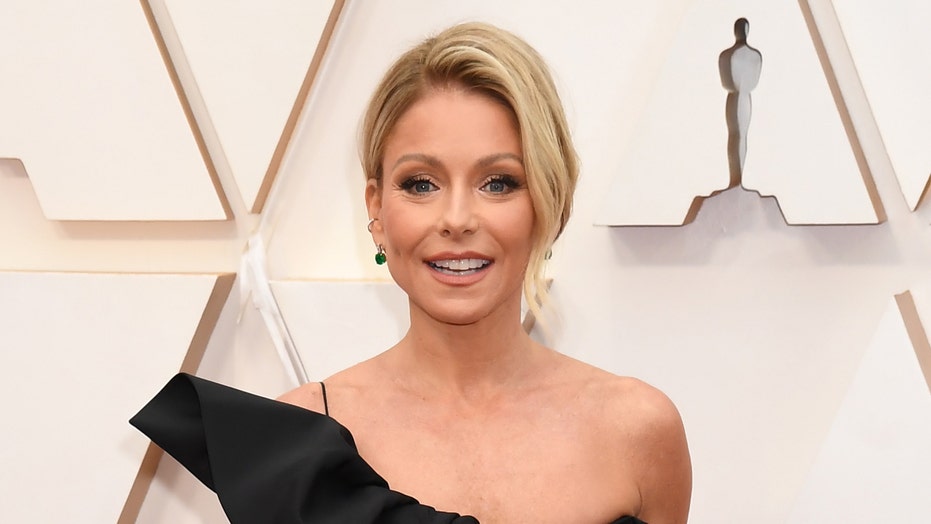 Kelly Ripa is feeling the squeeze, or lack thereof, from her family amid the novel coronavirus outbreak, and candidly explained how much she misses the element of human interaction that millions might be lacking during the social distancing phase of the pandemic.

The mother of three broke down on Wednesday while hosting “Live with Kelly and Ryan” and struggled to fight back tears while explaining the emotional affect the separation is having on her. Ripa lost it while describing how much she misses hugging her parents and how her own kids “won’t hug” her due to the distancing guidelines.

In discussing the return of “Who Wants to Be a Millionaire” and the viewpoint of sitting around the TV set as a family while engaging in trivia, Ripa let her feelings flow to co-host Ryan Seacrest.

"Look, I'm not going to lie, OK? I'm going to let you in on a little secret,” she began. “I'm currently not speaking to two of my three kids right now, OK? I'm not talking to two of them because... just because, we're all in the same boat together, right?

"Like, I haven't gotten to hug my parents... I want to hug my parents. I miss hugging my parents," she continued while fighting back tears. "And my kids, like, won't hug me. And I'm like, 'Guys we've all been in lockdown together. We're fine. You can give me a hug. It's fine.'"

Ripa, 49, then composed herself and apologized for lightly hijacking the moment.

"Anyway, I'm sorry. I don't know why I'm crying," she said, before adding: "Maybe I'm just going to get my period, who knows? Sorry... Sorry, did I shout that? Did my inner monologue come out? Sorry, I didn't mean to do that."

Then, right on cue, Seacrest issued his co-host a virtual hug.

Before Ripa displayed her truest human emotion, the pair discussed the nationwide school closures and other subsequent cancelations of classes and exams in response to actions being taken to flatten the curve.

"It's so funny because my youngest, Joaquin [Consuelos], 17, is so -- he's so different than my other two kids [Michael Consuelos], 22, and [Lola Consuelos], 18, who would have been dancing, just dancing around the house. They would have been so excited," she said. "But he has this level of anxiety from it. He felt so prepared for his exams."

Ripa explained that Joaquin, who is also a high school wrestler, was “not relieved” about school cancelations, adding: “It's the uncertainty of everything that's making him very anxious."

Michael Consuelos and Kelly Ripa pose backstage as Jake Shears of the rock group 'The Scissor Sisters' makes his Broadway debut in the hit musical 'Kinky Boots' on Broadway at The Al Hirschfeld Theatre on January 8, 2018 in New York City.  (Bruce Glikas/WireImage)

She maintained the same consideration about her other son, Michael, who was set to graduate college “in a couple [of] weeks.”

"And I really feel bad for my dad who delayed having knee surgery that he can't obviously have now for so many myriad reasons,” she continued. “He was so looking forward to, you know, watching his grandson graduate from college. It was such a big talking point in our house... It was at Yankee Stadium but then his film school, they have a separate graduation, and that was supposed to be at Radio City.”

“So, two such iconic establishments that, you know, we're not going to get to experience. And again, these are small problems considering that so many people are losing their loved ones and [are] very, very sick. But it just, it is what it is, you know I mean? Michael, by the way, is not bothered at all."

Seacrest, the producing-extraordinaire that he’s proven to be, suggested they "conduct a mini-ceremony for him here."