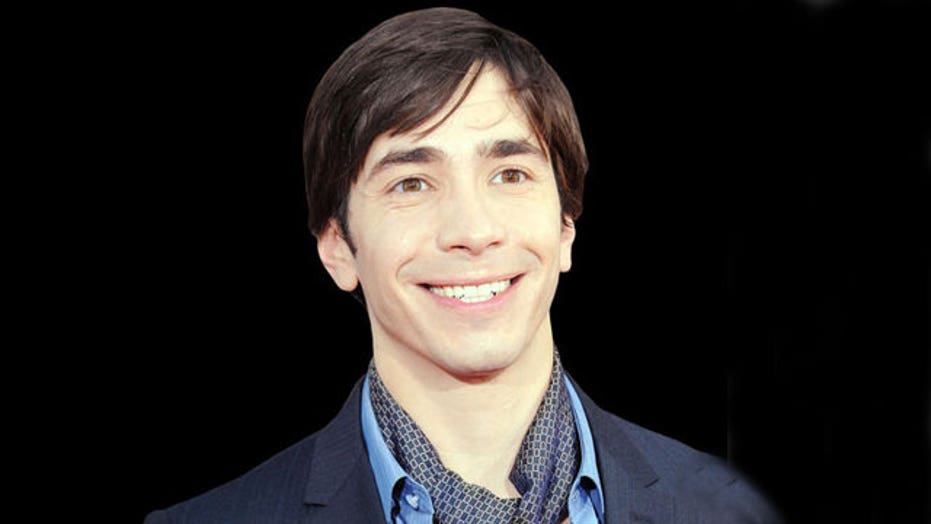 Justin Long has gone from the “guy in those Mac commercials” to an actor with a resume that ranges from romantic comedies to action-thrillers, to scary movies. Now the 35-year-old actor has two films available on demand: “Best Man Down,” about newlyweds who discover the truth about their best man when he unexpectedly dies at their wedding, and “A Case of You,” which he wrote and produced. FOX411 spoke with Long and his “Best Man Down” co-star Tyler Labine their new film, plus we got scoop on Long’s upcoming Kevin Smith horror film.

FOX411: Have you ever been to a wedding and seen [a person like the best man character, Lumpy in “Best Man Down”]?

Justin Long: I think there's always a version of that guy in most of the ones I've been to. Although the last one, I just went to one of my friend’s and it was super vegan, healthy. The vodka they had there was organic vodka so they said no hangover... I didn't stick around long enough to see who the “Lumpy” there was.

Tyler Labine: There almost always is a Lumpy.

FOX411: Of course there’s so much more to this story…

Long: I think it’s not necessarily knowing who your friends are, and the extent of their humanity. Even when he was being the drunken buffoon… there’s some foreshadowing of the level of humanity that is to come that everyone is going to see soon.

Labine: We tried to play an underlying sadness throughout a couple of the more sort of outwardly jovial moments for Lumpy.

FOX411: These characters are old friends but don’t know a lot about each other. In this world of Facebook statuses, are you good at keeping in touch?

Long: I tried to use Facebook at one point for a couple months to keep in touch, but I realized there's like a thing about just friendship in general. There’s a reason why you don't keep in touch… I have a couple friends from high school that I still call them on the phone, which is really old fashioned and weird.

Long: That was inspiration for it. And how things have changed in the dating world and how we were all-- my friend Keir and my brother Christian-- we had in our own ways been kind of struggling with the new technology and how to employ it and how to navigate finding somebody in that new world. So that's kind of where it came from, and misusing it.  I think that's what the character in my movie does. Because of his own insecurity, lack of confidence, he tries to tailor a persona based on what he thinks this girl would like. And once he gets her, that's when another conflict arises which is just maintaining that when there's a foundation of like lies.

Long: I don't do it. I need to do it more… I rarely feel like a thought I have is funny enough to like share with the world. It's very rare when I do, and I usually erase it right after, I second guess it.

FOX411: Can you tell us about your upcoming scary movie “Tusk”?

Long: It’s Kevin Smith who is a buddy of ours. It’s about a guy who basically hires another guy dress a Walrus, it’s that old chestnut! It's based on like a Craigslist ad that was taken out by this man who was soliciting lodgers free room and board, to stay at his place and they would just have to wear a Walrus suit for a couple hours, that was the only stipulation. So Kevin turned it into like one of those British Hammer Horror movies where the guy literally tries to turn me into a Walrus…

Michael Parks is an actor that I really admire and he's playing the psychopath. And there's a really cool actor, that Kevin would murder me if I told you who it was, but he's playing a small part. You'll find out soon, but it’s this awesome actor that I’ve always wanted to work with.