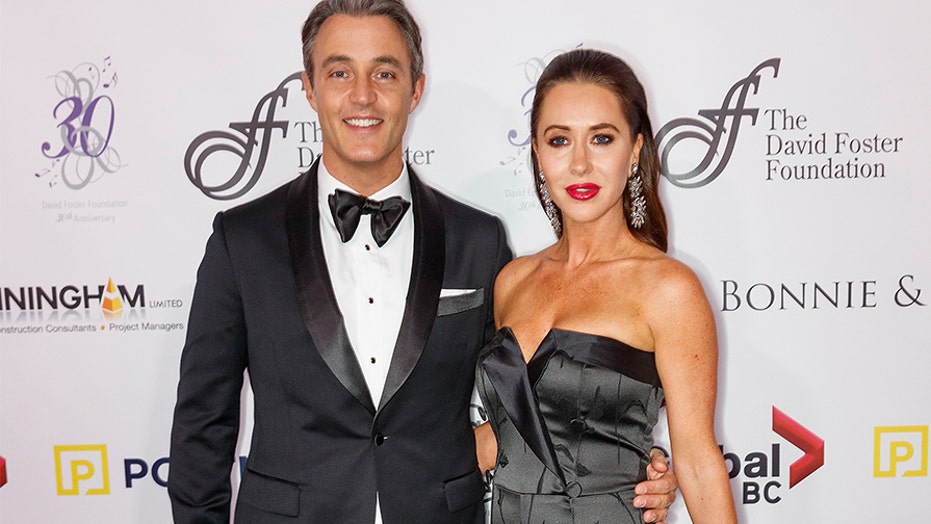 Jessica Mulroney’s husband Ben Mulroney is stepping down as anchor of CTV’s ETalk amid his wife’s “white privilege” scandal.

The 44-year-old announced the decision during Monday’s episode of ETalk.

“I want to take a moment to speak to you about the situation surrounding my wife Jessica and the next steps I will be taking with Bell Media,” he said. “I love my wife. However, it is not my place to speak for her, and today, together, we are committed to doing the work to both learn and understand more about anti-black racism, as well as learn and understand more about our blind spots.”

Ben also shared that doing so means “acknowledging here today that my privilege has benefitted me greatly.”

“And while I have certainly worked hard to build my career, I know the systemic racism and injustice helps people like me and harms those who aren’t like me — often in ways that are invisible to us,” he continued. “This needs to change."

“Last Saturday –­ he continued –­ I watched on CTV as my colleagues led a national conversation about how we can take action against systemic racism. And that conversation showed me more than ever, we need more black voices, more indigenous voices, more people of color in the media as well as every other profession.

“And that is why I have decided to immediately step away from my role as anchor at ETalk to create space for a new perspective and a new voice. It is my hope that the new anchor is black, indigenous or a person of color who can use this important platform to inspire, lead and make change.”

The son of former Canadian Prime Minister Brian Mulroney will continue to contribute to ETalk by hosting red carpets and “taking on other special projects here at Bell Media.” People magazine noted he will continue to host CTV’s “Your Morning.”

Bell Media Studios vice president Nanci MacLean said in a statement that the company is “proud of Ben for his decision” to step down. She also stressed Bell Media Studios is “committed to diversity in front of and behind the camera.”

MacLean added that the company “will now begin the process of confirming a new anchor at ETalk in the next few weeks.”

Prior to the announcement, Mulroney stepped down from the charity she founded with her sisters-in-law.

The stylist, who is known for being a close friend of Meghan Markle’s, founded The Shoebox Project in 2011 with Caroline, Vanessa and Katy Mulroney.

The organization collects and distributes shoeboxes filled with good and essential items for homeless and at-risk women in Canada and the United States.

The Shoebox Protect revealed in a statement on social media: “Jessica Mulroney is a founding member of The Shoebox Project and she has dedicated herself to its growth and success over the years, for which we are very grateful."

“In light of recent events, the charity supports Jessica’s decision to step away from the Board of Directors," it added.

Mulroney recently found herself at the center of controversy after her feud with lifestyle blogger Sasha Exeter was made public.

Exeter showed screenshots of Mulroney allegedly threatening to sue her, in addition to referencing her friendship with Markle. Mulroney and Markle, 38, reportedly met and became fast friends while the former American actress was living in Canada and filming "Suits."

In a nearly 12-minute video, Exeter revealed that she had shared a "generic" call to action on her Instagram Story in light of recent protests, claiming that Mulroney "took offense" to the message.

MEGHAN MARKLE AND PRINCE HARRY'S CHARITY APPLICATION DENIED FOR BEING 'TOO BROAD' AND UNSIGNED, DOCS REVEAL