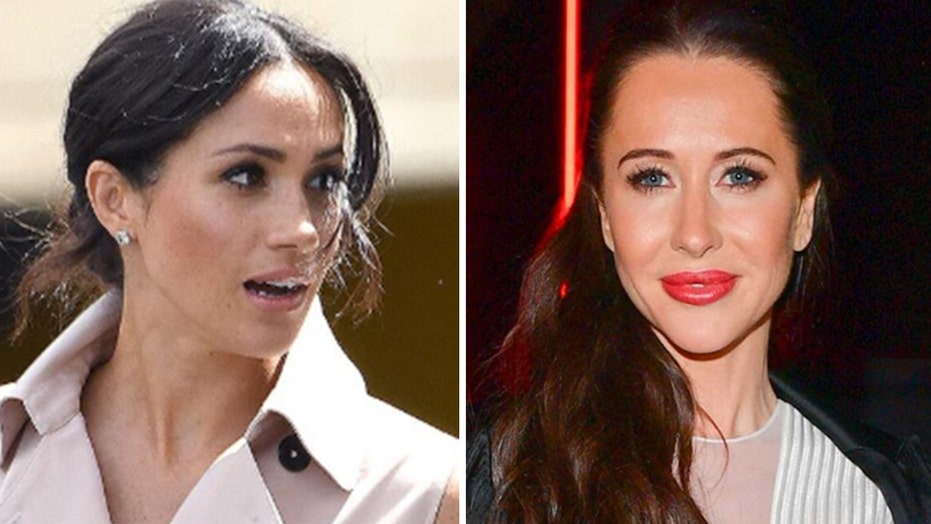 Meghan Markle is reportedly "mortified" by her pal Jessica Mulroney's feud with a lifestyle blogger over white privilege and is now questioning the future of their friendship.

Mulroney was hit with backlash and axed from television gigs this week after her feud with lifestyle blogger Sasha Exeter was made public. Exeter showed screenshots of Mulroney allegedly threatening to sue her, in addition to referencing her friendship with Markle.

Markle, 38, has been telling friends that Mulroney's now-viral scandal has left her embarrassed, according to the Daily Mail.

"Meghan is absolutely mortified that she's been dragged into this complete mess," a friend of Meghan's told the outlet. "She said Jessica is in no way a racist, but the way she handled the situation (with the fashion influencer) was tone-deaf and heartbreaking."

Prince Harry's wife is now questioning how she can keep Mulroney in her inner circle. Mulroney has previously been known as one of the Duchess of Sussex's closest friends and was reportedly an unofficial wedding planner for Markle's 2018 royal wedding to Prince Harry.

"Meghan said friends reflect friends and because of what's at stake she can no longer be associated with Jessica, at least not in public," the source said.  "She has to do what she has to do in order to preserve her dignity and her own reputation."

Mulroney and Markle reportedly met and became fast friends while the former American actress was living in Canada and filming "Suits."

Mulroney's missteps were first made public on Wednesday when Exeter shared a video on Instagram that she titled "MY 'AMY COOPER' EXPERIENCE" -- a reference to the white woman who called the police on a black birdwatcher in Central Park last month.

In the nearly-12-minute video, Exeter revealed that she had shared a "generic" call to action on her Instagram story in light of recent events, claiming that Mulroney "took offense" to the message.

It's unclear what exactly Mulroney said to Exeter.

Mulroney then referenced her relationship with Markle, 38, calling their relationship and the Duchess of Sussex's time in the spotlight "deeply educational."

"I learned a lot from that," admitted Mulroney. "I promise to continue to learn and listen on how I can use my privilege to elevate and support black voices."