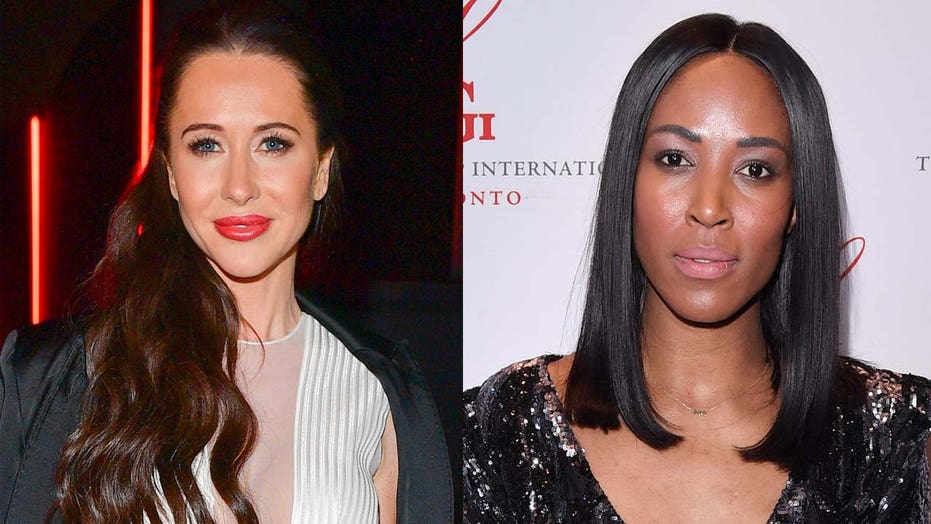 On Wednesday, lifestyle blogger Sasha Exeter shared a video on Instagram that she titled "MY 'AMY COOPER' EXPERIENCE" -- a reference to the white woman who called the police on a black birdwatcher in Central Park last month.

In the nearly-12-minute video, Exeter revealed that she had shared a "generic" call to action on her Instagram story in light of recent events, claiming that Mulroney "took offense" to the message.

Exeter stressed that she wasn't calling Mulroney as racist, but said that "she is very well aware of her wealth, her perceived power and privilege because of the color of her skin."

A screenshot of Sasha Exeter's Instagram messages seem to show a threat of a lawsuit from Jessica Mulroney. (Sasha Exeter/Instagram)

Mulroney then referenced her relationship with Markle, 38, calling their relationship and Meghan's time in the spotlight "deeply educational."

"I learned a lot from that," admitted Mulroney. "I promise to continue to learn and listen on how I can use my privilege to elevate and support black voices."

On Thursday, Mulroney, a stylist, shared a statement of her own on the matter.

Mulroney continued, apologizing for threatening Exeter's "livelihood" and promised to use her platform to fight racism.

Following the squabble, CTV, the network that was home to Mulroney's reality series "I Do, Redo" pulled the show from the air.

CTV and broadcaster Bell Media announced in a statement that they had pulled the show because Mulroney "conflicts with our commitment to diversity and equality."