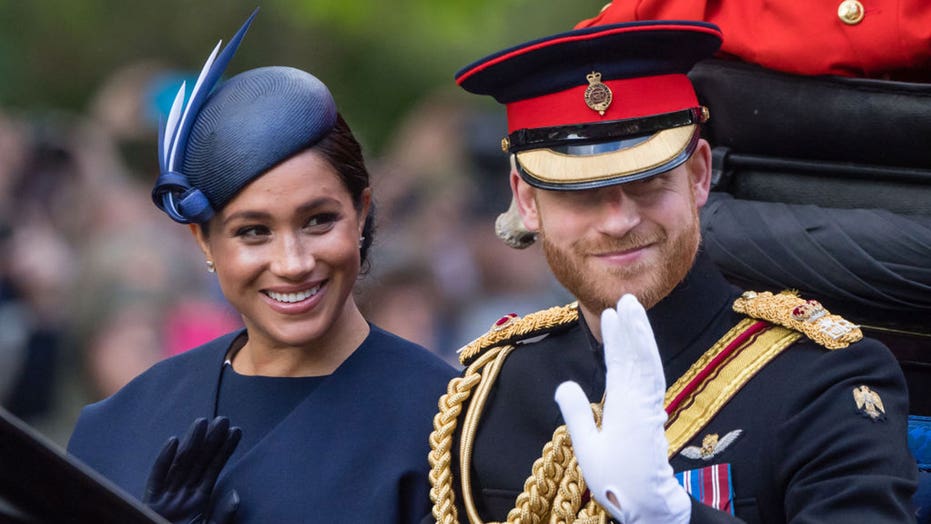 Meghan Markle and Prince Harry are saying thank you to a charity.

The regal couple reached out to a StreetGames CEO Jane Ashworth and expressed their gratitude for those providing positive and engaging work in their communities amid the coronavirus pandemic.

"We wanted to write and express our heartfelt thanks to the team at StreetGames following their support delivering Hubb Community Kitchen meals throughout London,” Markle, 38, and Harry, 35, wrote in their letter, which the organization shared to social media on Monday.

“To know that North Paddington Youth Club, Solidarity Sports and St. Matthews Project distributed hundreds of freshly prepared meals across their networks of young people over the last few months is fantastic," the pair added.

The letter, dated June 19, continued: "The impact of Covid-19 has been a scary and testing time for so many people from all walks of life, all over the world. However, it is in difficult times like these that goodwill to others and community spirit prevails. We have been touched to witness from afar the coming together of the organizations we champion and so deeply care about. The compassion and leadership of young people across the StreetGames network is vital, and it is their kindness and selflessness that inspires others to do better."

"This letter comes with our sincere thanks and best wishes to everyone at StreetGames," they concluded.

The couple signed off simply as "Harry & Meghan."

StreetGames exuded that they were “absolutely delighted” to garner such support from the recent Los Angeles transplants.

“Thanks so much for continuing to reach out to brilliant community organisations like the @smpbrixton, Hubb Community Kitchen, and North Paddington Youth Club as they help families struggling during #Covid19," StreetGames said.

Prince Harry, Duke of Sussex and Meghan, Duchess of Sussex ride by carriage down the Mall during Trooping The Colour, the Queen's annual birthday parade, on June 08, 2019, in London, England. (Photo by Samir Hussein/Samir Hussein/WireImage)

Markle recently accompanied women from Hubb Community Kitchen on a conference call in April, shortly after the organization committed to cooking hundreds of meals per week to be distributed throughout the region to those in need during the pandemic.

The group has been a staple among Markle’s go-to charity efforts.

MEGHAN MARKLE AND PRINCE HARRY'S CHARITY APPLICATION DENIED FOR BEING 'TOO BROAD' AND UNSIGNED, DOCS REVEAL

As previously reported, while Markle and Harry still retain their his or her royal highness prefixes since their decision to step back as senior members of the royal family, they "no longer actively use their HRH titles," as stated on their website.