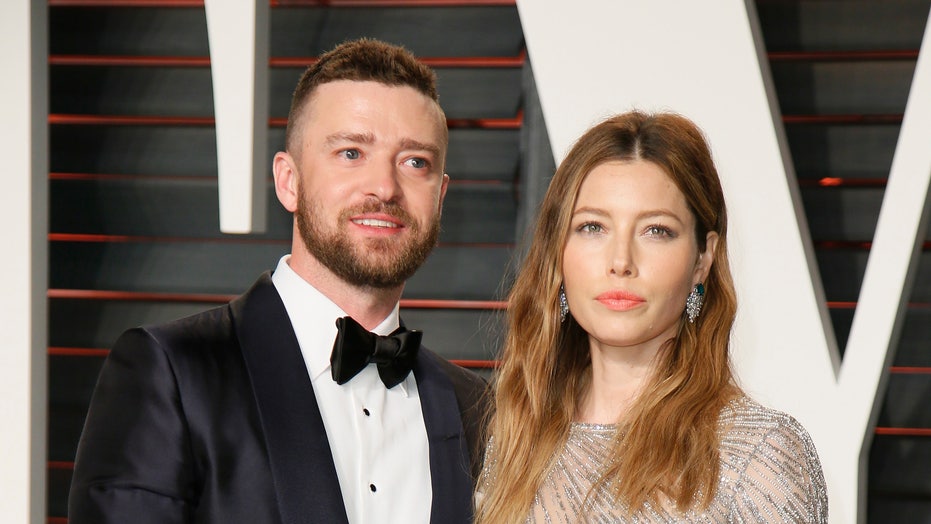 Jessica Biel is standing by her husband Justin Timberlake's side, despite a hand-holding incident with his co-star late last month, according to a new report.

An insider close to the couple told People magazine that Biel, 37, is sure that Timberlake, 38, remained faithful in their marriage.

“He’s charming and outgoing,” the source said. “And obviously he drank too much this time, but Jessica believes he didn’t cheat on her. She will stand by him.”

In November, Timberlake and his "Palmer" co-star Alisha Wainwright, 30, were spotted holding hands in a New Orleans bar, in photos obtained by The Sun, during an outing with friends.

The "Can't Stop the Feeling" crooner took to social media on Wednesday to publicly apologize to his wife of seven years for his actions and said "nothing happened" between him and Wainwright.

A second insider close to Biel told People that the couple, who are parents to 4-year-old son Silas, will “work through this."

"It was good that he apologized publicly but obviously the real work he is doing is in private and hopefully this was just a bad drunken night of this type of behavior," the source said.

In his apology on Wednesday, Timberlake addressed the incident, saying: “I stay away from gossip as much as I can, but for my family, I feel it is important to address recent rumors that are hurting the people I love.”

“A few weeks ago I displayed a strong lapse in judgment -- but let me be clear -- nothing happened between me and my co-star," he continued. "I drank way too much that night and I regret my behavior. I should have known better.”

Timberlake said: “This is not the example I want to set for my son. I apologize to my amazing wife and family for putting them through such an embarrassing situation, and I am focused on being the best husband and father I can be.

"This was not that. I am incredibly proud to be working on Palmer. Looking forward to continuing to make this movie and excited for people to see it,” he concluded.

Of his decision to apologize publicly, a source told E! News: "He feels terrible that this happened and for putting Jessica through the public scrutiny. He knows she doesn't deserve any of this and that he messed up."

The insider said Timberlake "hopes by addressing what happened and apologizing to her publicly that they can put this behind them and start to move on.

"Justin feels like the story isn't dying and hopes this will be the end of it. He always tries to keep his private life private, but he knows he made a big mistake in public and now has to own up to it," the source added.

At the time, sources told The Sun that Timberlake appeared to have had a lot to drink and was unsteady on his feet.

However, sources told Us Weekly that nothing should be made of the connection.

An insider told the magazine that Timberlake and Wainwright were part of a gathering of friends, as well as cast and crew members, at the popular Absinthe House and were seated on a balcony overlooking the famed Bourbon Street when cameras caught the incident.

“Nothing remotely romantic is going on with Justin and Alisha," a source said of the outing. "The whole cast is shooting out there and likes to hang out together. They were very much in public and nothing inappropriate was happening.”

Reps for Timberlake and Biel did not immediately respond to Fox News' request for comment.