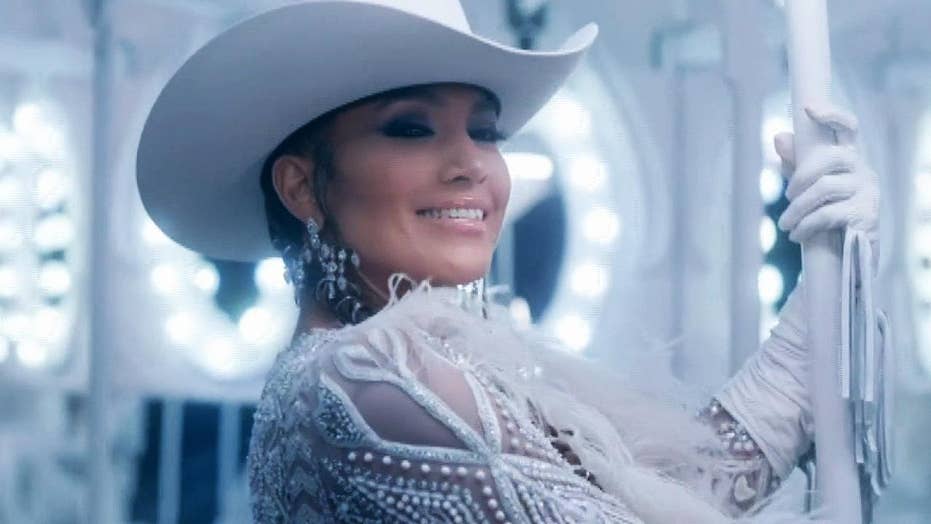 'Jenny from the Block' joins co-headliner Shakira for a Super Bowl halftime show that's sure to be a dance-filled party.

Jennifer Lopez cannot contain her excitement for her upcoming Super Bowl LIV halftime show performance. A gig she likened to "winning an Oscar," the 50-year-old superstar has worked tirelessly for months to put together a show viewers will remember.

Following in the footsteps of big names before her, including Maroon 5, Beyonce, Lady Gaga, Bruno Mars, Madonna, the list goes on, Alex Rodriguez's other half appears to be 100 percent dedicated to the task. She's already provided her fanbase a ton of sneak peeks behind the scenes of rehearsals via her social media accounts.

Lopez was first named for the Pepsi Super Bowl LIV Halftime Show back in September when it was also announced she will be joined on stage by Colombian sensation Shakira.

"The Pepsi Super Bowl Halftime Show has become one of the most iconic and anticipated music performances of the year, and we couldn’t be more excited to welcome Jennifer Lopez and Shakira to the stage. These two remarkable artists are setting a new precedent for what this show can become, and we’re confident that this will be an incredible performance for the ages," said Kaplan.

In order to prepare for the big gig, JLo has informed her 110 million Instagram followers just how busy she's been in preparation for the event.

In September, JLo excitedly shared her first announcement of her and Shakira's performance with the caption, "This is happening. 02.02.20." The post received over 1.3 million likes.

"Going to set the world on 🔥🔥🔥 @shakira #PepsiHalftime #SuperBowlLIV @pepsi," the icon captioned a second post showing her and Shakira dressed in matching gold and black outfits.

JLo's halftime show announcement came on the heels of the singer's role in "Hustlers," the release of a fragrance and a performance on "Saturday Night Live," amid other projects.

In December, her fiance, ARod, assumed responsibility of cameraman by giving fans a sneak peek at one of her rehearsals. The excited husband-to-be excitedly panned the camera to a crowd of dozens of young girls who are reportedly joining the icon on stage in a dance performance.

In another teaser on the TikTok app on January 12, the hitmaker showed off young dancers learning choreography to "On the Floor."

"Take on the challenge and dance to On The Floor with me!!! I'll share some of my faves," JLo captioned the TikTok clip.

At the Golden Globes, the singer-actress was stopped by Entertainment Tonight on the red carpet where she confidently shared she was "ready."

"I'm ready. I'm excited about it. It's me and Shakira, she's carrying half the load," she quipped. "We've been working on an amazing show for everybody."

In another red carpet interview with the outlet, JLo admitted that her muscles were "sore" from her demanding rehearsal schedule.

JENNIFER LOPEZ PAYS TRIBUTE TO KOBE BRYANT: 'WE WILL MISS YOU FOREVER'

"I'm obviously going to try to put together the best show I can but also it's about having fun, staying present in the moment and enjoying all of the wonderful things that are happening right now," JLo told a reporter earlier this month.

On January 19, JLo shared a selfie proving she's staying hydrated through her demanding schedule. In the photo, she's seen sipping out of a blue rhinestone-encrusted water bottle with the Super Bowl date on it.

"Happy Sunday! ✌🏽week countdown until the Super Bowl = time for a new bling cup 💎🥤!!! Head over to my TikTok to take on the #JLoSuperBowlChallenge," she captioned the post.

Of course, another big part of the show is getting acclimated to the venue. This year's Super Bowl LIV will be held at the Hard Rock Stadium in Miami Gardens. In a video posted 10 days before the show, the star was on the actual field holding a microphone as she attempted to test out her own football moves.

"I'll just be here on the 25-yard line waiting for my cue," she told the camera.