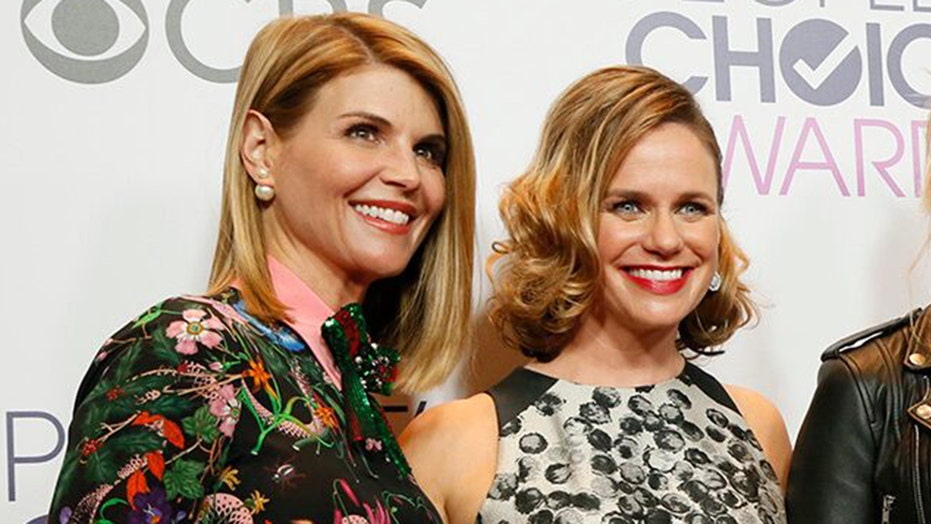 Lori Loughlin was dearly missed by her “Fuller House” co-stars on Monday when the gang wrapped up taping of their fifth and final season of the reunion series for Netflix.

“She’s one of the sweetest, kindest and most down-to-earth people I’ve ever met. I love her, I love her unconditionally,” Andrea Barber told People magazine on Monday about Loughlin, who currently stands at an impasse with federal prosecutors over her alleged involvement in the college admissions scam.

“She’s just a sweetheart, and she’ll always be family to me,” Barber, 43, continued of Loughlin, with whom she starred in “Full House” and the Netflix reboot.

Loughlin, 55, and her fashion designer husband Mossimo Giannulli, 56, are accused of arranging a total collective payment of $500,000 to William "Rick" Singer to get their daughters admitted into USC as designated recruits on the university crew team, despite never having participated in the sport. They have pleaded not guilty.

Barber maintained that Loughlin's presence was certainly missing and her absence from the crew didn't go unnoticed.

“It was really sad, and we could feel her absence,” she said. “It just felt like there was a hole in the whole season but also in that final episode. She should’ve been there, and I’m sorry that she wasn’t.”

Barber added that amid the tension she's experiencing at the moment, she does keep in touch with Loughlin and added that the former Hallmark staple is "doing as good as possible."

On Sunday, John Stamos, 56, took to Instagram to mark the final taping of the beloved family sitcom with a series of images of the cast, including Loughlin.

“The end of an era ... again. Last night was final taping of @FullerHouse. When every single network and streamer said no to a Full House reboot, (and I mean ALL of them) @netflix said yes!” he wrote. “And they were kind enough to let us play for five seasons! That’s a a lot of seasons for a Netflix show now a days, but not nearly enough for us.”

He continued: “I am especially grateful to the cast and crew for keeping the legacy alive and adding so much love to it. Whether you are new to the Full/Fuller House universe or you’ve been with us since the beginning, I can’t thank you enough for keeping the franchise alive, the characters alive, but most importantly, the love alive between all of us that shines out to all of you.”

The Justice Department announced in October that Loughlin and Giannulli, along with nine other parents, were indicted on additional federal charges related to bribery. A grand jury in Boston indicted the parents on charges of trying to bribe officials at an organization that receives at least $10,000 in federal funding.

The charge of conspiracy to commit federal program bribery carries a maximum sentence of up to five years in prison and a fine of up to $250,000. The couple was previously hit with charges of money laundering and conspiracy that could land them behind bars for 40 years if convicted on all of them. Prosecutors are reportedly pressuring those who have pleaded not guilty in the college admissions scandal to acknowledge their guilt.