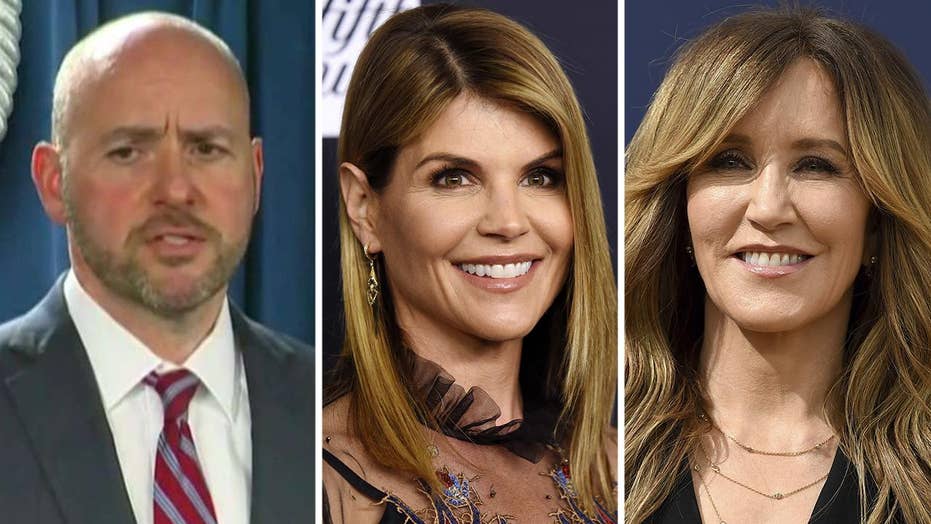 William Rick Singer, founder of for-profit college prep business Edge College & Career Network also known as "The Key," is allegedly the mastermind behind one of the largest college admissions scams to ever hit the U.S. and went to great lengths — which included pricey fees — to ensure his clients' demands were met.

Singer, 58, has been called the "ringleader" behind the scheme, purportedly collecting roughly $25 million from dozens of individuals including actresses Felicity Huffman and Lori Loughlin over the course of nearly a decade to bribe school coaches and administrators into pretending their children were athletic recruits to ensure their admission into top tier colleges, prosecutors say.

The Newport Beach, Calif., businessman agreed to plead guilty in Boston federal court Tuesday to charges including racketeering conspiracy and obstruction of justice. As a part of his guilty plea, Singer said he would pay at least $3.4 million to the feds, The Boston Globe reports.

On his website for The Key, Singer describes himself as a dedicated father and coach who understands the pressure put on families surrounding college acceptances. The Key calls itself "the nation’s largest private life coaching and college counseling company."

"As founder of The Key, I have spent the past 25 years helping students discover their life passion, and guiding them along with their families through the complex college admissions maze. Using The Key method, our coaches help unlock the full potential of your son or daughter, and set them on a course to excel in life," Singer stated online, providing biographies for seven other "coaches."

Andrew Lelling, U.S. attorney for the District of Massachusetts, reportedly claimed Singer's clients paid him "anywhere between $200,000 and $6.5 million" for his unique services.

Parents of prospective students allegedly conspired with a college entrance consultant to beat the system and ensure their students were admitted or had a better chance to be admitted to certain colleges or universities, including Yale, Stanford, Texas, UCLA, USC, Wake Forest and others.

"According to the charging documents, Singer facilitated cheating on the SAT and ACT exams for his clients by instructing them to seek extended time for their children on college entrance exams, which included having the children purport to have learning disabilities in order to obtain the required medical documentation," the U.S. Justice Department explained, in part, in an online statement.

"Singer would accommodate what parents wanted to do."

However, that was just one of many ways Singer ensured the students got accepted to elite schools.

"Singer would accommodate what parents wanted to do," Lelling said, adding that it "appears that the schools are not involved."

Prosecutors say the consultant represented to parents that the scheme had worked successfully more than 800 times.

Singer also served as CEO of the Key Worldwide Foundation (KWF), a non-profit he claimed was a charity. Bribery payments were disguised as donations to KWF in sums up to $75,000 per SAT or ACT exam, the Justice Department said, noting that many students didn't realize their parents had staged anything.

"This is a case where [the parents] flaunted their wealth, sparing no expense to cheat the system so they could set their children up for success with the best money can buy,” Joseph Bonavolonta from the FBI Boston Field Office said in a Tuesday news conference.

In total, 50 people — including more than 30 parents and nine coaches — were charged Tuesday in the scheme.

Fox News' Katherine Lam,Travis Fedschun and The Assocaited Press contributed to this report.