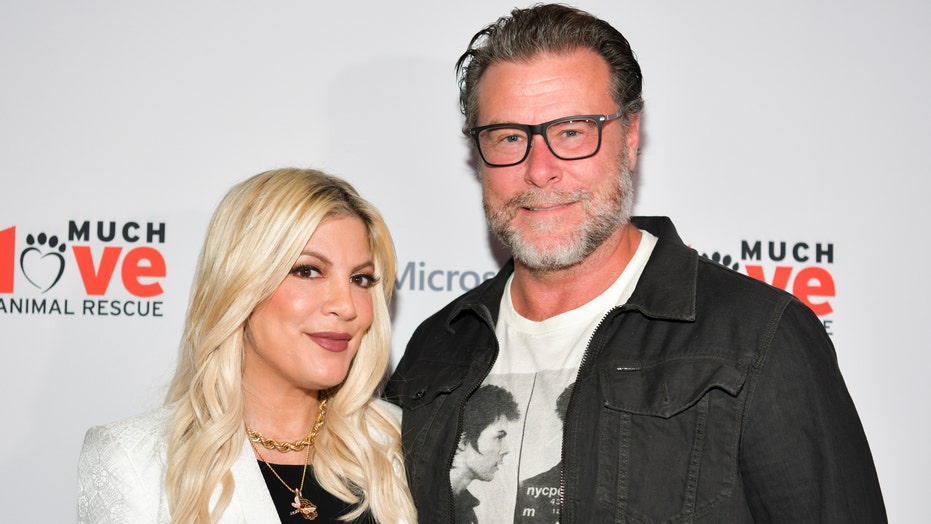 Dean McDermott is coming to the defense of his wife Tori Spelling.

Spelling, 46, recently received backlash for charging $95 to participate in a virtual meet-and-greet in a time where many fans are out of work due to various shelter-in-place orders.

On Tuesday, McDermott, 53, took to Instagram to insist fans stop giving his wife a hard time.

In the video, McDermott speaks directly to the camera.

"Hi everybody, I find myself having to come to my wife's defense yet again," he began. "I'm really disappointed because she's catching flack and being dragged for doing a live meet-and-greet. People are upset that given the current situation we're in and the lockdown and the coronavirus, that she's 'charging' people money to do a meet-and-greet."

McDermott explained that Spelling was approached by "a company" that felt setting up a meet-and-greet for her fans would be a good way to bring "some levity and some fun and some humor and love to this situation."

"But no. Instead, because it's Tori Spelling, she gets dragged and she gets the hater coming down on her for simply doing something to entertain people, but more importantly, to provide for her family" the actor continued. "What is wrong with that? What is wrong with providing for your family at this time?"

McDermott explained that because "all the studios" are shut down, Spelling is currently out of work and that she was simply finding a way to "work from home."

"There are numerous celebrities out there that post stuff, and influencers, and they're out there making money every single day, but no, let's drag Tori Spelling, let's give her a hard time," he continued before pointing at the camera. "My wife is one of the hardest working women in the business, OK? And she is simply providing for her family."

"Everybody needs to back off and just take a breath and relax," McDermott urged, expressing frustration over the fact that he's had to use his Instagram "to tell people to chill out."

"She's a wonderful person, she's providing for her family. But Tori Spelling always, always gets the haters and gets dragged," he said. "And this is the other thing -- it used to be cancel culture, now it's drag culture and this has to stop, too. You have to stop dragging people."

McDermott suggested that if viewers were looking for someone to "drag," they should turn their attention to those "making millions of dollars doing this."

"Everybody reads this and they just jump down her throat. How do you know she's not giving part of this to charity?" the "Open Range" actor said.

McDermott explained that "people don't see" Spelling engaging with fans on a regular basis, sometimes for 20 minutes, other times taking a phone call with a fan's daughter.

"Even with her family in tow, she has time for everybody and all her fans," McDermott stressed. "So stop the dragging. Stop it. It's ridiculous. Let people be. This is a difficult time and we're all trying to do our best. So let's show a little love and compassion out there, OK?"

He concluded the over-four-minute video with: "Stop the dragging and get off my wife's back because we are all in this together with love and light and fun and entertainment and compassion and empathy. Stop the dragging. Now."