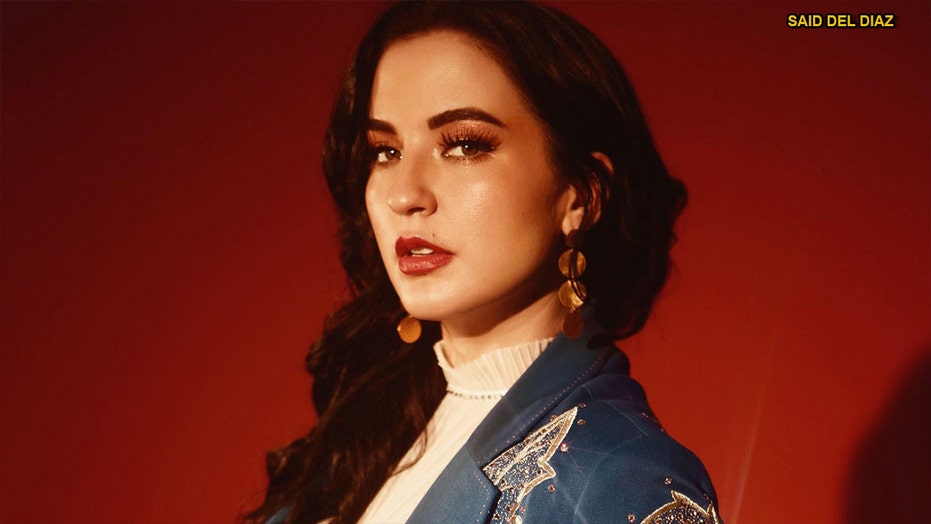 Candi Carpenter: 5 things to know about the country songstress

Who is Candi Carpenter? Here are 5 things you should know about the country songstress.

Candi Carpenter has music in her blood.

The country singer's adventures in music began when she wrote her first song at 3, a hymn called "Jesus Care for Me." She signed with her first producer before she even hit her teen years and hasn't stopped performing since.

Now 33, Carpenter is taking the country world by storm, working with the likes of Dolly Parton and Brandi Carlile, and is making a splash with the songwriting collective Song Suffragettes. Next, she will tour across the U.K. with the group.

Carpenter spoke to Fox News about her beginnings in the industry, meeting country music heavy hitters, and how she's bringing feminism to the forefront.

Here are five things to know about the country singer-songwriter:

1. She grew up in a family band

"My parents, uncles and grandpa were in a gospel singing group called Heaven Sent. When I officially joined around the age of 8, they changed the name of the band to The Carpenter’s because 'we belonged to Jesus.'"

LEVI HUMMON: 5 THINGS TO KNOW ABOUT THE COUNTRY MUSIC CROONER AND SONGWRITER

"Several years ago my dad uploaded a bunch of the songs from our old cassette tape to iTunes and Amazon, and a lot of people downloaded them thinking it would be Richard and Karen Carpenter. The reviews were pretty funny."

"I’m thankful to have grown up in a musical home because it helped me find my path early on in life."

2. She knew she wanted to be in music from an early age

"I was an ambitious, goofy little kid," Carpenter admitted. "When my family was on vacation in East Tennessee, I found a telephone book and called every record label I could find. I can’t imagine how annoying that must have been for whoever was on the other end of the line."

CANAAN SMITH: 5 THINGS TO KNOW ABOUT THE COUNTRY MUSIC SINGER-SONGWRITER

"I was still living in Michigan when I signed with my first producer at the age of 11 and 15 when I moved to Nashville full time."

3. She and Dolly Parton are pals

"Performing 'Little Sparrow' on [the special] 'Dolly Parton: 50 Years at The Opry' for NBC was one of my happiest days. Dolly did my makeup backstage and said some very kind things about my single 'The Astronaut.'”

"She’s always gracious, and genuine, and everything you’d hope she’d be," Carpenter gushed. "She inspired me to be a songwriter and paved the way for other female artists to be leaders in business. It means everything to me that she’s taken me under her wing, and become a supporter of my music. Where would we be without Dolly?

"Dolly always says, 'find out who you are and do it on purpose.' She wrote the book on showing up as yourself."

4. She's all about girl power

"I’m part of an all-female songwriting collective called Song Suffragettes. We perform every Monday night at The Listening Room in Nashville, and I’ve met some of my best friends through the organization. [The song] 'Times Up' was written by fellow Song Suffragettes, Kalie Shorr and Lacy Green, in support of the Time’s Up movement. We’re proud to say that it ultimately went on to raise $10,000 for the Time’s Up legal defense fund. "

MADISON KOZAK: 5 THINGS TO KNOW ABOUT THE COUNTRY MUSIC SINGER-SONGWRITER

She continued: "There’s a stigma in the entertainment industry about women in music being competitive, and not getting along. We're here to spread love and offer each other support while showing the world that we’re better together."

"Actually, Song Suffragettes is going on tour for the first time ever! Kalie Shorr and I will be performing in Europe with U.K. artists Bellah Mae and Vic Allen in Glasgow, Nottingham, Birmingham, Manchester and London at the end of April."