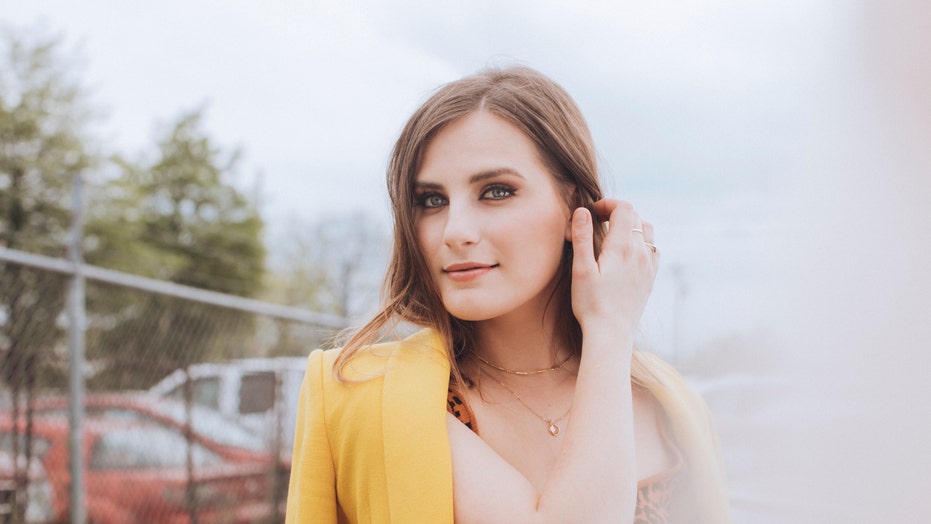 Madison Kozak's been listening to country music since she was a girl.

A 22-year-old native of Ontario, Canada, Kozak was just 10 years old when she first stepped on a stage to perform.

Fast-forward to today: The recent Belmont University graduate is now signed under a music label and has released five songs, with her latest being "First Last Name."

Kozak spoke to Fox News about her passion for the genre, her ultimate dream as an artist, and how she spends her time when she's not in the spotlight.

CODY WEBB: 5 THINGS TO KNOW ABOUT THE COUNTRY MUSIC SINGER-SONGWRITER

Here are five things to know about the country music singer-songwriter:

1. Her dad introduced her to country music when she was a kid.

"He was always listening to artists like Johnny Cash, Loretta Lynn and Patsy Cline," Kozak recalled. "Between the rhinestones and southern drawls, and me being a daddy’s girl, I latched on to the music quickly. I stepped onto my first stage when I was 10 years old and sang a cover of Patsy Cline’s 'Walkin’ After Midnight.'

"When I felt the adrenaline rush from performing in front of a crowd, seeing people dance and sing along, I knew from that moment forward that was all I ever wanted to do," she recollected. "Playing country music became a fun way for my dad and I to bond. We would learn songs and travel every weekend to play fairs, festivals and churches across Canada."

2. She is the flagship artist behind Songs & Daughters -- a brand-new, female-focused label -- that’s partnered with ACM award-winning songwriter Nicolle Galyon.

"It feels so surreal!" Kozak gushed. "When you decide to be an artist and pursue music as a career, a big part of the dream is finding the right team. I don’t think I could have dreamt up a better situation!

"I have been a huge fan of Nicolle’s songwriting since I moved to Nashville eight years ago as a sophomore in high school," she said. "She’s an amazing mentor, creator and leader, and I’m so honored that our visions have collided."

Kozak added: "Soon after meeting her I realized we have a ton in common, from the way we were raised to who our idols are and what we love about country music. It feels really special being a part of a vision that is being built from the ground up, and knowing the values that the Songs & Daughters and Big Loud team stand on, I’m proud to call this label home."

3. Her latest single, 'First Last Name,' was a Father's Day gift to her dad.

"I remember walking into the writing session one evening after being on the phone with my dad," said Kozak, who co-wrote the tune with two friends of hers, Claire Douglas and James Slater. "He always ends every call by saying something along the lines of 'be safe, lock your doors, don’t forget to check the air in your tires and I love you.'

"All of these vignettes from my childhood came to mind and we just put them down on paper," she explained. "It was one of the easiest, most honest songs I’ve written to date, I guess because every picture comes from a such a real, memorable place."

4. She hopes to one day perform on some of music's biggest stages.

"My favorite part of music has always been performing, whether it be in front of ten people or ten thousand," Kozak noted. "As much as I love the creative process of songwriting and bringing the stories to life in the studio, I find the connection that’s built between the songs and the listeners to be the most important."

"So my ultimate dream is to find myself touring from city to city and country to country, connecting with fans who find a piece of themselves in the music I make," she continued. "I’ve always dreamt of playing stages like The Ryman Auditorium, Madison Square Garden and the Grand Ole Opry -- so excited to be making my debut there on October 26th!

"If there’s a world in which I can perform at all of those venues, that’s where I want to live."

5. She loves to spend time outdoors.

"I love to just unplug by getting outside or catching up with friends and family," Kozak said. "I grew up in a small lake town in Ontario, Canada, so it always feels good to be by the water and surrounded by nature.

"I also grew up in a big family with seven brothers and sisters, so most of my time off the road these days is spent FaceTiming with my family back home."