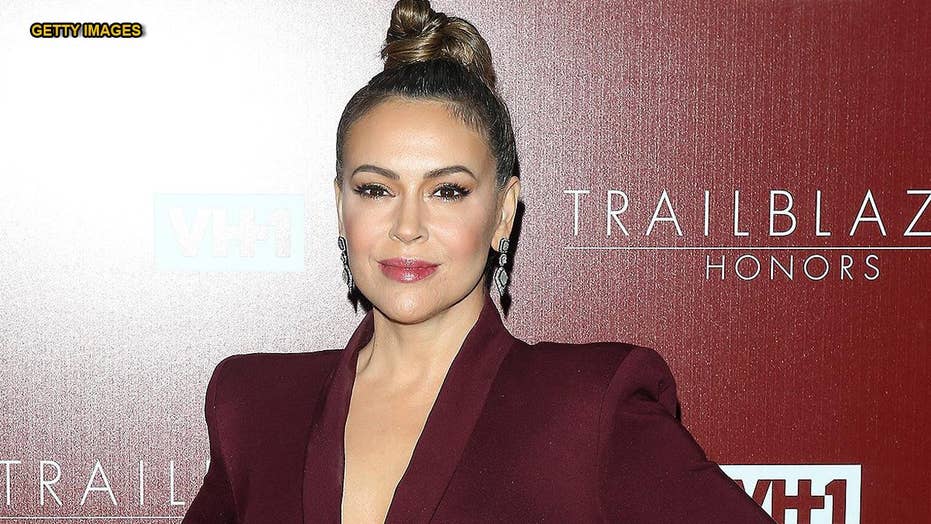 Alyssa Milano sparked backlash on social media, after posting an ill-though-out tweet on International Women's Day, calling herself trans, a person of color, an immigrant, a lesbian, a gay man and disabled. Because Milano is a well-to-do white woman, this angered many who took to Twitter to slam the actress' comments.

Alyssa Milano came under fire on Twitter after asking her followers to refrain from criticizing any of the Democratic hopefuls in the 2020 presidential election.

Milano retweeted a post from actor George Takei on Saturday that read, "Will you join me in pledging not to speak negatively about any of our candidates? We don’t know who the nominee will be, but they need to be as strong as they can be going into the election against Trump."

Milano added, "#IPledge to not speak negatively about anyone running for President. Do you?"

Her followers didn't take kindly to her request.

"No — Anita Hill," one replied to Milano, who's been a vocal supporter of former Vice President Joe Biden.

"So we can’t say Biden fought on the side of credit card companies over us? We can’t point out that Mayor Pete isn’t strong on policy at this point? Are you for real? Who wins the primary then? The person with the most money?" another replied to the former "Charmed" actress.

"Uhh that’s what the primaries are for. I’ll support the Dem nominee but now is the time to debate their merits," another user wrote to Milano.

Another Twitter user replied, "Absolutely not. People should never choose the lesser of evils, shouldn't follow their party even though the candidate is corrupt. Our democracy is broken, and a traitor has illegally seized power. We need to stand behind our ethics to defeat him, not abandon them out of fear."

"Oh look y’all," another wrote. "Little miss woke now wants to make sure everyone is super nice and not bring up the fact that joe Biden is a creep, Beto is a trust fund kid, Harris our POC in jail for years, etc etc etc. Gotta make sure we all play nice so she can sell them books!!!"

"Critique is actually both the point of primary season and our collective responsibility as voters. That responsibility is higher for those of us with several forms of unearned privilege, like me and like you. It's highly disturbing that you don't or won't know these things," another noted.

Another took Milano to task for not speaking out about the alleged meetings about "the Bernie problem" among establishment Democrats.

Milano's comment came after she claimed to have been attacked by Bernie Sanders supporters after announcing that Biden was a guest on her podcast.

However, a quick glance at the replies to her announcement of Biden's appearance didn't indicate any personal attacks on the actress from supporters of the Vermont senator.

Milano has otherwise been a staunch advocate for sexual abuse victims and accusers, including Dr. Christine Blasey Ford.