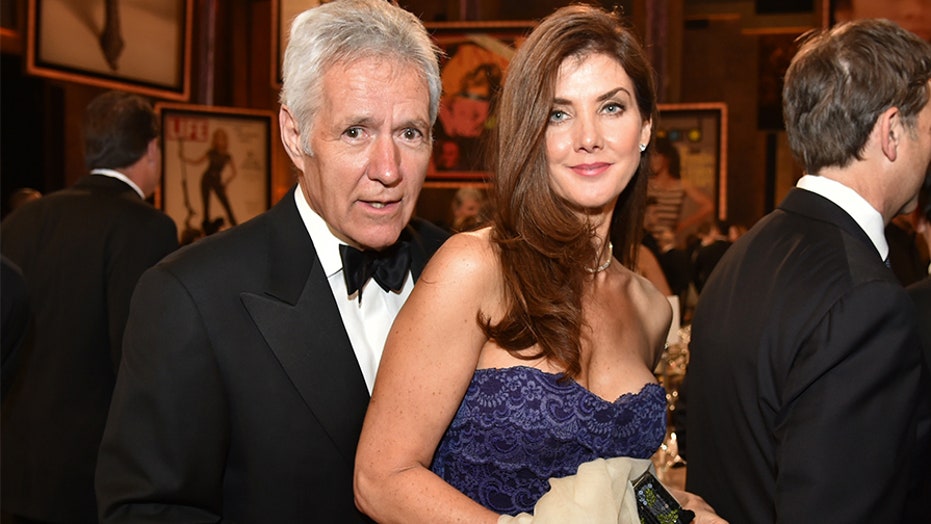 Alex Trebek and his wife of nearly 30 years, Jean, are speaking out about his battle with stage 4 pancreatic cancer.

The longtime couple spoke with Michael Strahan for an upcoming special on “Good Morning America” and revealed the underlying challenges of dealing with the 79-year-old’s diagnosis and the microcosm effect the illness has had on Jean, 55.

"When I see him in pain and I can't help him," she said. "When he doesn't eat right. When he has too much diet soda."

TV personality Alex Trebek (L) and his wife Jean attend the 2014 AFI Life Achievement Award: A Tribute to Jane Fonda at the Dolby Theatre on June 5, 2014 in Hollywood, Calif. (Getty)

Trebek said that even though he told his wife first, he waited to do so and didn’t tell her “as quickly as I could have” because he couldn’t come to grips with how demoralizing the news would be. “It was not devastating news to me,” Trebek recalled.

“I knew as soon as the doctor came back and mentioned the pancreas. I said, ‘Uh-oh, it’s going to be cancer,'” Trebek said.

“Throughout my life, I’ve always wondered about how courageous a human being I was,” Trebek said about his diagnosis. “I just look at it as it’s a part of life. Does that mean I’m courageous because I’m dealing with it? No. I could be scared to death and I’d still have to deal with it.”

Despite the toll the daily grind of hosting “Jeopardy!” could take on Trebek, Jean said that as much as she would love for him to take a break from his duties, she understands Trebek’s love for his gig, pointing to the incredible sense of purpose it gives him. 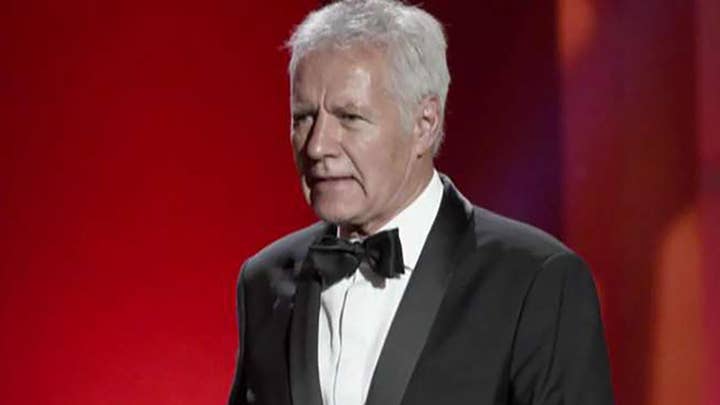 But in 29 years of marriage, Trebek also acknowledged his wife’s concerns about his health and noted that his diagnosis has been tough on Jean as well.

"It's always tough for caretakers because she has to deal with her worrying about my well-being and also dealing with ... I'm not always the most pleasant person to be around when I'm experiencing severe pain or depression, and she has to tread lightly around me," he admitted.

Trebek has been showered with love and support since he shocked the world when he revealed his cancer diagnosis in March in a video message to fans. After harrowing through months of chemotherapy treatment, the Emmy-winning host said he was on the mend and had completed his treatment, telling fans he was doing much better.

However, just one month later Trebek, announced on “Good Morning America” that he had resumed chemotherapy. The esteemed host said not long after he filmed his message that he was finished with treatment, he lost a considerable amount of weight, spurring his doctors to order another round of the treatment.

The affinity for Trebek has remained steadfast and recent “Jeopardy!” champion Avi Gupta, a first-year student at Columbia University who took home $100,000 on the show this summer, announced in November that he would be donating $10,000 to the Knight Cancer Institute in honor of Trebek.

“I am honored to be able to make this donation to the Knight Cancer Institute to support him and the millions of other people suffering from pancreatic cancer across the world,” Gupta added. “Our goal with this campaign is to support research into pancreatic cancer awareness and early detection.”

In his Twitter post, Gupta put out a call to action in honor of Pancreatic Cancer Awareness month for others to join him in donating to the cause.