Iran-US tension rises as Pentagon OKs sending more troops to Middle East and Rep. Omar blames Trump
Rep. Ilhan Omar, D-Minn, one of Congress' most vocal critics of President Trump, placed the blame squarely on the White House after Iran announced it could enrich uranium up to 20 percent -- just a step below weapons-grade level. Omar took to Twitter on Monday condemning Trump's decision to pull out of the Iran nuclear deal shortly before the Pentagon approved sending 1,000 more troops to the Middle East in response to the attack.

"None of this would be happening if Trump didn't back out of the Iran nuclear deal," she tweeted. Omar said the U.S. should get back to negotiations with Tehran and reinstate the Iran nuclear deal. The tension between the U.S. and Iran has been increasing in recent days after a high-profile attack on two oil tankers in the Strait of Hormuz. The U.S. blamed Iran for the attacks, which the country denied. U.S. Central Command (CENTCOM) released new images Monday showing the aftermath of attacks, including some images purporting to show Iranian forces removing an unexploded device from the hull of one of the vessels.

Trump threatens to remove 'millions' of illegal immigrants starting next week
President Trump late Monday announced on Twitter that U.S. Immigration and Customs Enforcement (ICE) will begin the process of "removing the millions of illegal aliens who have illicitly found their way into the U.S.," but did not elaborate on what new measures will be taken. "They will be removed as fast as they come," Trump wrote. Mike Morgan, the acting director of ICE, did not announce any new initiatives during his stop in Louisville on Sunday, where he spoke about the humanitarian and national security crisis at the border. 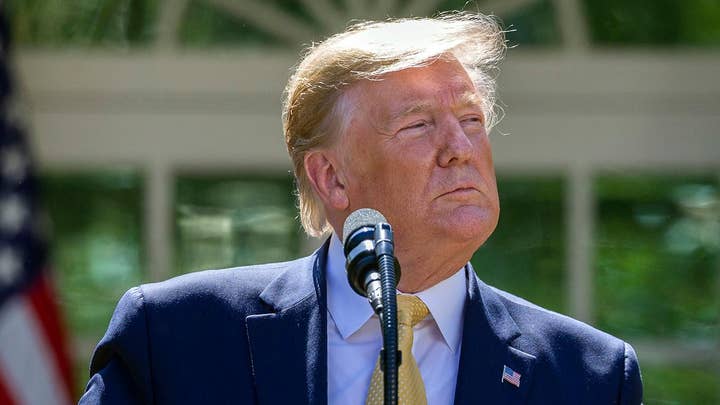 Trump re-election campaign set to officially launch at Orlando rally
President Trump is expected to officially kick off his re-election campaign at a rally in Orlando, Fla. Tuesday night, and supporters have been lining up for days. Trump voters started gathering outside Orlando’s Amway Center more than 40 hours before the event is scheduled to start. The president tweeted on Monday morning that his campaign has received more than 100,000 ticket requests for the event in an arena that only holds 20,000 people. Tune in to Fox News tonight at 8 p.m. ET for live coverage of Trump's rally.

New Jersey man the latest American tourist to die in the Dominican Republic: Report
The State Department has confirmed to Fox News that another American tourist has died in the Dominican Republic. Reportedly, it was a New Jersey man who was found dead on his hotel room floor. Joseph Allen, 55, of Avenel, New Jersey, was found dead last Thursday morning, WABC reported. The popular Caribbean vacation destination has been grappling with a rash of deaths of U.S. tourists in their hotel rooms at various resorts. Of the seven other recent deaths that have become publicly known, Dominican investigators said five were caused by a heart attack.

Parkland shooting survivor apologizes for racist comments after Harvard rescinds his admission offer
The conservative Parkland shooting survivor and pro-Second Amendment activist who was dropped by Harvard University after past offensive remarks and racial slurs surfaced appeared Monday on "The Story with Martha MacCallum," where he apologized and asked for forgiveness. "I'm extremely sorry for it and I wish I could take it back but I can't," Kyle Kashuv told guest host Ed Henry. "All I can do now is seek to right the wrong." Kashuv revealed on Twitter that Harvard rescinded his admission after the remarks he made as a 16-year-old came to light. The student, now 18, called comments "offensive," "idiotic" and "inflammatory" and said he made them before the mass shooting -- which transformed him as a person. 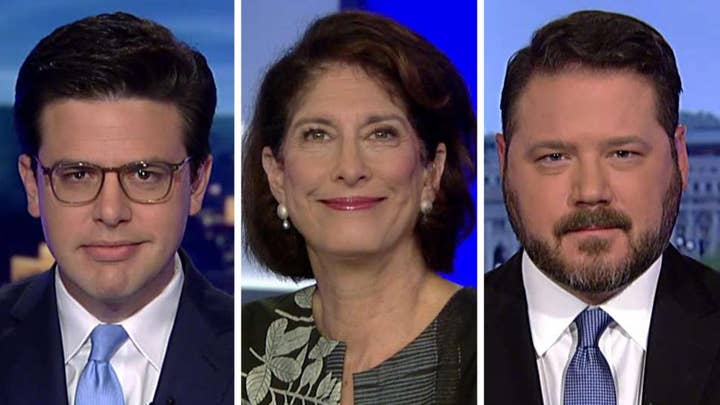 Watch the "Special Report" All-Star Panel weigh in on the Pentagon's decision to send more U.S. troops to the Middle East amid escalating U.S-Iran tension.